Saudi Arabia and the Syrian Brotherhood 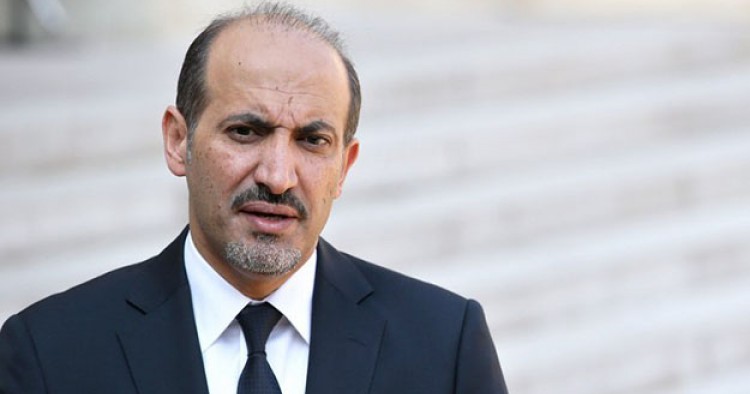 The openly difficult relationship between Saudi Arabia and Muslim Brotherhood chapters across the region has become a salient feature of Middle East politics since the advent of the “Arab Spring.” This mutual mistrust has increased in the wake of the Kingdom's recent support for the military takeover in Cairo and the generals' subsequent repression of the Brotherhood there. But how is the Islamist organization affected by this dynamic in Syria, where the Muslim Brothers and the Saudis both battle against Bashar al-Assad?

The question has become ever more relevant since Saudi Arabia's takeover of the “Syrian file” from the hands of the Qataris last May.[1] Yet the answer is steeped in ambiguities. On the one hand, the relationship between Riyadh and the Syrian Brotherhood suffers from political contradictions and a lack of genuine trust. On the other hand, the two actors know each other well and have a common short and medium-term interest: to see the Iran and Hezbollah-backed Syrian regime replaced by a new political system dominated by Sunnis. But the moving sands of Egypt might soon reach Syria too, and the consequences for the local Brotherhood branch there may one day be significant.

To understand the relationship between the Syrian Brotherhood and Saudi Arabia, often described by Syrian Brothers themselves as “complex,”[2] one first needs to look a few decades back. For it was after the Syrian Brotherhood's rebellion in the late 1970s that both actors really started to know each other. Fleeing harsh repression in the early 1980s, tens of thousands of Muslim Brothers escaped Syria and took refuge in Jordan, Iraq, and, to a lesser extent, Turkey and Saudi Arabia. It is estimated that the number of Brothers residing in the Kingdom today is in the low thousands.

This relatively sizeable presence initially posed challenges to Saudi rulers, who considered the Brotherhood's goal of politicizing Islam a threat to the apolitical nature of their deeply conservative Wahhabi society. “The Saudi government believes that the implementation of the Brotherhood's political project—calling for elections and the formation of parties—would mean the end of its own model, which depends on the control of a ruler who has all powers,” argued a leader of the Syrian Brotherhood who has family in the Gulf. The Kingdom therefore regulated the Syrian Brothers’ presence in Saudi Arabia by allowing them to carry out political activities in private but forbidding any politicization of Saudi society, with the promise of an uncompromising and harsh response as a deterrent. “We would be very cautious not to cross these lines,” recounted another Brother who was raised in Saudi Arabia. “There would be Syrian Brotherhood gatherings in houses or mosques but, to be discreet, we would only go and leave by a group of two or three individuals. We wouldn't mix with members of other Brotherhood chapters, and we would almost never disclose our political affiliation in the presence of Saudi citizens.”

Thus, despite a sometimes heavy intelligence surveillance, the Kingdom nonetheless allowed the Syrian Brotherhood to operate underground. Saudi Arabia even became the place of residence for two leaders of the organization: Hassan al-Houeidi from Deir Ezzor, who lived in Medina, and Abdel Fatah Abu Ghuddah, a distinguished Islamic scholar from Aleppo who was based in Riyadh. This 30-year presence of an important share of the Syrian Brotherhood in the Kingdom helps explain why, short-term mutual interests aside, the Saudi rulers have for a long time tolerated the group more than its Egyptian counterpart.

Caught in the Crossfire: Between Qatar and Saudi Arabia

Yet the advent of the Arab Spring and the rise of Qatar as a major backer of Brotherhood chapters in the region have changed the Saudi-Brotherhood equation, and the Syrian chapter is no exception. The backing it received from Doha, mainly through political and material support for the Brotherhood-dominated Syrian National Council (SNC), helped reinforce the perception that the group had sided with Qatar in the emirate's emerging competition with the Kingdom for regional influence.

The political reality, however, sometimes differed. It was not primarily the Syrian Brotherhood but a group of “local” Syrian activists headed by Mustafa Sabbagh that supported Qatari interests and positions within the SNC and its successor, the National Coalition (NC). But because the Brotherhood often voted with Sabbagh’s group, the Saudis started making the organization's life difficult—within opposition bodies but also at home.

In the Kingdom, it became difficult to fundraise for the Syrian Brotherhood. “You don't fundraise for the Brotherhood but for the Syrian revolution; otherwise you risk being thrown in jail by the police,” explained a Syrian Brother who travels regularly to Saudi Arabia. Those who nonetheless want to give to the group must now operate through complex financial channels. “It's not like donating to Oxfam,” another Muslim Brother with family in the Kingdom summed up ironically. The Saudis also started to support the inclusion of secular activists in exiled Syrian opposition bodies, with the idea that the activists would dilute the Brotherhood's influence.

The Kingdom's takeover of the Syrian file from the hands of the Qataris became effective in July, when the opposition elected as its new head Ahmad Assi al-Jarba,[3] a tribal leader nicknamed by many as “the man of Bandar bin Sultan,” chief of Saudi intelligence. “The election of Jarba changed the NC's landscape,” recounted a prominent Syrian opposition activist. With the Qatari-Saudi competition for influence diminished, Mustafa Sabbagh's group became sidelined from the decision-making process, and the Syrian Brotherhood was left looking for new allies. Over the summer, some figures in and around the group began to advocate for an effort to reach out to the Saudis and improve relations on a pragmatic basis. “After all, we both need each other,” whispered a high-ranking member of the Brotherhood. One man in particular seems to entertain a particularly close relation to the Saudi rulers—Farouk Tayfour, deputy head of the group and also deputy leader of the NC. Two months ago, he called on Syrian activists to vote in favor of Jarba, and therefore may have been the one tipping the balance for the Saudi-sponsored candidate. There are also reports that he enjoys friendly relations with Saad Hariri and Okab Sakr, both Lebanese nationals in charge of lending Saudi support to the Syrian opposition, and that he is getting closer to Louay Meqdad, Michel Kilo, and Ahmad Assi al-Jarba, who all act as important channels for Saudi influence in the NC.

But the extent to which Tayfour's rapprochement with Saudi Arabia was sanctioned by Brotherhood leadership is disputed. When Tayfour argued for Jarba's election as head of the NC, he actually did so against the collective decision of the Brotherhood to support Sabbagh and was afterward severely reprimanded by the leadership. “We welcomed Saudi support for the Syrian opposition, but our opinion was that Sabbagh would have been a better candidate than Jarba,” explained a leader of the Brotherhood. “Farouk Tayfour…thought that welcoming Saudi support should translate into voting for the Kingdom's candidate.” Long seen as the group's strongman, Tayfour’s position within the Brotherhood's hierarchy is now being questioned.

Bringing in a “Syrian el-Sisi?”

Tayfour's unilateral rapprochement with Saudi Arabia coincided with the Kingdom's support for the crackdown of General Abdul-Fattah el-Sisi on the Brotherhood in Egypt, and as a result gave rise to suspicion that the Kingdom was devising strategies to politically crush the Syrian group as well.

“If, by allying with Tayfour, the Saudis are trying to use a divide and rule tactic to break the Brotherhood's neck, they are failing,” asserted one of the Brotherhood's leaders, hinting at the fact that even Tayfour's usual allies in the Hama and Idlib leadership had joined in his reprimand. Mistrust of the Kingdom's intentions is heightened by the parallel improvement of relationships between Riyadh and the National Action Group (NAG), a platform of former Muslim Brothers led by Ahmed Ramadan that split from the Brotherhood a few years ago and broke all relations with the group recently.

“The Brotherhood is now dealing with Jarba and with Saudi Arabia but there is a fear that the group risks being used by the Kingdom before eventually being completely neglected—if not one day even repressed,” explained an NC official who has knowledge of such matters.

An anti-Brotherhood source in the Free Syrian Army (FSA) went as far to hope that the Saudi support for el-Sisi in Egypt would one day translate into a similar process that could also remove the group in Syria. “Some of us want to issue arrest warrants for those Brotherhood leaders who go back to Syria because of what they have done to the revolution,” the source said. “We also want to shut down their new office in Aleppo and confiscate their weapons and ammunitions inside the country.”

Such intentions, though unlikely to represent the entire FSA leadership or to become reality in the near future, are sources of deep concern to many Brotherhood members and leaders who, on the ground, have started to rebuild a degree of influence after 30 years of exile and to gather some armed groups under the umbrella of the “Shields of the Revolution.” But what seems to worry Brotherhood leaders the most is the Saudi temptation, resurfacing regularly, to negotiate an “authoritarian transition” with a prominent defector who would get rid of the Assad clan while keeping his hands on Syria's strong security apparatus. Such figures could include Brigadier General Manaf Tlass, son of a former defense minister, or Chief of Staff Ali Habib. Both are highly prominent defectors from the Syrian military.

“If the Saudi agenda in Syria is similar to that of Egypt and aims at bringing in a ‘Syrian el-Sisi,’ things will not go down well with many of us,” a leader of the Brotherhood said. “We do share the same short-term goals with the Kingdom,” he insisted, “but our long-term relationship is currently being reevaluated.”

[2]               Sources quoted in this article are the product of a series of interviews carried out in August and September 2013 with high-ranking members of the Syrian Muslim Brotherhood, the National Coalition, and the Free Syrian Army.

Also See:  The Syrian Brotherhood: On the Sidelines, by Aron Lund