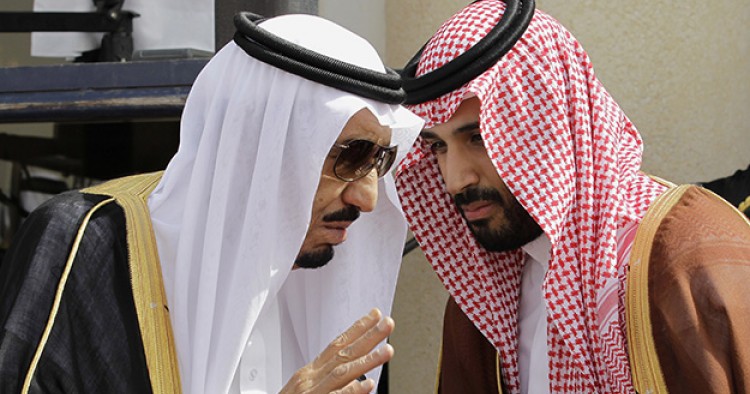 King Salman’s reign of four months has brought dramatic changes to Saudi Arabia’s succession framework. Prince Muqrin was appointed as heir before being relieved of his duties in favor of Prince Mohammed bin Nayef, and Prince Mohammed bin Salman (MBS) was designated as heir to the heir. A son of the monarch, MBS carries a variety of additional portfolios, including that of minister of defense and chairman of the Council of Economic and Development Affairs (CEDA), which makes policy on non-security matters. MBS is also a member of the Council of Political and Security Affairs (CPSA), and as a result is the only royal sitting on both the CEDA and CPSA. The monarch’s son added another portfolio to his growing constellation as well: head of a new 10-member supreme council for the state-run oil company, Saudi Aramco. However, MBS surrendered his duties as head of the Royal Court to his deputy, Hamad bin Abdulaziz al-Suwailem, a longtime aide to the king.

These latest nominations have confirmed the monarch’s penchant for surprise maneuvers. It is too early to speculate how senior Al Saud family members have absorbed the changes, though common sense tells us that they might not be enthusiastic, even if they are bound by their allegiance and obedience to the ruler. His move to entrust power to the two Mohammeds, for instance, likely gave older uncles and cousins pause, as many of them have far greater experience in domestic and international affairs. They must now wonder what other surprises the king may have in store for the Al Saud.

By entrusting so many responsibilities to MBS, King Salman may have decided to create opportunities for his son to learn on the job, earn the confidence of the ruling family, and perhaps even contemplate the eventual introduction of primogeniture as an option to permanently settle the Kingdom’s succession mechanism.

At 34, MBS is expected to find the energy to handle his many missions. Although a capable individual, it is still too early to determine whether the young prince has the stamina to do so many things and do them well. It is also unclear what type of relations he has with several of his half brothers, including the deputy minister of petroleum, Abdulaziz, the chairman of the Saudi Commission for Tourism and Antiquities and a former astronaut, Sultan, and the governor of Medina, Faisal, all three of whom were born to a different mother, Princess Sultana al-Sudairi, who passed away in 2011. Of course, MBS needs all the help he can get given the sheer quantity of work he has, especially now that additional burdens have been placed on him as defense minister. In the aftermath of the Saudi intervention in Yemen, MBS has the penultimate say in how the war is conducted, which will surely mark his nascent career.

MBS also must have the ability to negotiate with veteran ministers on the CEDA, such as Ali al-Naimi (petroleum and mineral resources) and Abdulaziz al-Assaf (finance). Dealing with such officials will be challenging, especially because al-Naimi has consistently advocated for the interests of his ministry—historically the most secret institution in the Kingdom—via a restricted platform, that is, by dealing directly with the monarch. The ruler did not replace al-Naimi, and as such may still rely on him in a private capacity.  However, it is clear that King Salman is aiming to invigorate the government through appointments that introduce fresh blood in order to allow a new generation of officials to gain some experience during this interim period. Time will tell whether al-Naimi will eventually be replaced by Khalid al-Falih, the former chief executive of Saudi Aramco who was entrusted with the health ministry in late April 2015, or by Abdulaziz bin Salman, especially now that MBS has assumed the presidency of the Aramco supreme council.

The result of the stunning announcements of the past few weeks has been the realization that nearly all of the Kingdom’s powers are now entrusted to two men—the two Mohammeds. It is fair to ask the aim of this concentration of power, particularly in the hands of MBS, no matter how qualified he is. These latest moves represent unrestrained changes, and while some Saudis are delighted to see a grandson of the founder reach the pinnacle of power so quickly, others are wondering whether King Salman is not rushing the process. From the ruler’s perspective, of course, one can make the case that the carefully tailored procedure has granted the country’s youths an unparalleled degree of autonomy, energized by a political responsibility seldom granted them previously.

It is also possible that Salman simply decided to accelerate the pace of what he sees as an inevitable change. Of course, time will confirm whether this calculation was the best approach, though there is no denying that the Saudi leadership is now truly youthful.

This essay reflects the author’s analyses and opinions. Views contained herein are those of Dr. Kéchichian and should not be attributed to any officials affiliated with the King Faisal Center for Research and Islamic Studies or any Saudi Arabian national. The author is solely responsible for any errors in the document.