Saudi Intel Chief Prince Bandar Is Out, But Is He Really Out? 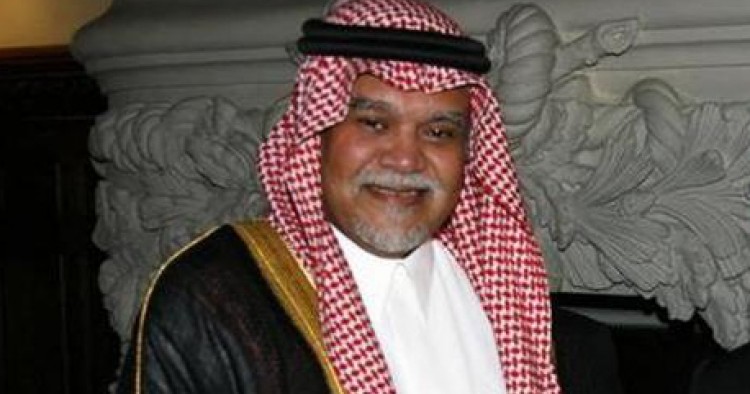 Read the full article at LobeLog.

It might be a mistake to jump to conclusions about the removal of Prince Bandar bin Sultan from his post as chief of Saudi Arabian intelligence. When it comes to senior jobs held by the royals, the Kingdom’s decision-making process is entirely opaque and there is no way to know at this point whether the flamboyant former ambassador to the United States was pushed out or bailed out.

A terse announcement by the official Saudi Press Agency on Tuesday said King Abdullah relieved Bandar of his duties “upon his request.” That’s what the SPA almost always says; sometimes it’s true, sometimes not, but the people involved in such high-level decisions never explain them to the outside world.

In Bandar’s case it might even be true. At the age of 65 he is relatively youthful among senior Saudi princes, but he has nursed various ailments for years and recently was absent from his post for months, reportedly recuperating in Morocco after surgery in the United States.

The standard narrative about Bandar for some time has been that he fell from the king’s favor because he failed to carry out his most urgent mission: to bring about the ouster of Syrian President Bashar al-Assad, an outcome to which King Abdullah is committed. Bandar, who for years was a powerhouse in Washington, was unable to forge a common strategy on Syria with the United States, which is seeking the same outcome. He was unable to unite the disparate Syrian rebel groups or curb the influence among them of radical jihadis. And on a visit to Moscow last summer, of which no details were ever made public, he apparently failed to persuade Russian President Vladimir Putin to back off from his support of Assad. In February Bandar was relieved of responsibility for Syria, replaced by Prince Mohammed bin Nayef, the powerful minister of interior, who had made the rounds in Washington a few weeks earlier.

Whether Mohammed can salvage the operation in Syria, where the military trend has clearly been in the government’s favor lately, remains open to doubt, despite assertions from the Saudis and the United States that they got back on the same page when President Barack Obama visited Riyadh last month.

Read the full article at LobeLog.