The Saudis and Iran’s Moderates 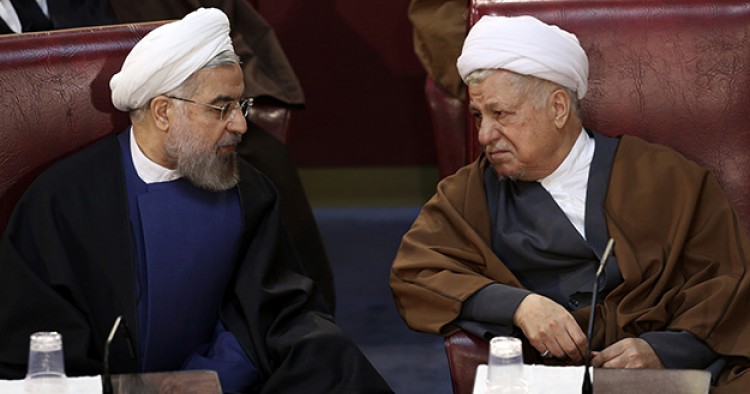 Looking to capitalize on the momentum from the July 14 nuclear deal, the moderate government of Iranian President Hassan Rouhani is now seeking ways to reduce tensions with its regional rivals, particularly Saudi Arabia. This is no small task. Not only must Rouhani convince his domestic critics that mending ties with their arch rival is in Iran’s interest, but he must also get a read on Riyadh’s new leader, King Salman, and the ruling elite.

Rouhani isn’t entering this process blind; he will be carrying with him lessons learned from the last time Iran sought to soothe Saudi anxieties nearly a quarter century ago.

By early 1991, within weeks of Saddam Hussein’s ejection from Kuwait, Tehran and Riyadh were engaged in extraordinary confidence building. This came on the heels of a decade of deep hostility that ensued after the Iranian Revolution of 1979. Riyadh had lavishly sponsored Saddam’s war against Iran throughout the 1980s while Tehran made no secret of its hope to see the House of Saud ousted. But Iran’s decision to stay out of the Saudi-Iraqi dispute in 1990-1991 broke the ice, and Tehran and Riyadh looked earnestly to build on the momentum. Soon a new chapter was underway.

Iran’s President Ali Akbar Hashemi Rafsanjani was invited to Riyadh, and the two countries exchanged ambassadors after a five-year diplomatic break. Foreign Minister Ali Akbar Velayati, who is today the top foreign policy advisor to Supreme Leader Ayatollah Ali Khamenei, led the charge for closer Iranian-Saudi coordination on oil price policy. Suddenly, for the first time since the bloody clashes between Iranians and Saudi security forces in Mecca in 1987, Saudi Arabia granted permits for 110,000 pilgrims from Iran to perform the hajj.

At home, Rafsanjani’s pursuit of détente with the Saudis irked hard-liners. They painted him as an appeaser who prioritized diplomatic normalcy and economic growth over resisting status quo powers. Rafsanjani could not ignore the hawks in Tehran, but he ultimately outmaneuvered them. In that effort, he relied closely on the head of Iran’s Supreme National Security Council (SNSC), the top policy-making forum in Tehran on strategic matters.

The head of the SNSC was a certain mid-ranking cleric by the name of Hassan Rouhani, who led the body from 1989 to 2005. Now as president, Rouhani once again faces the daunting test of finding common ground with Riyadh. As with his old boss Rafsanjani, Rouhani has clarity of vision, but he too will face much pushback from the hard-line anti-Saudi voices in Tehran.

Whether the hard-liners can be outmaneuvered again is the crucial question, but no doubt it is a steeper climb this time. The last time around, Iran’s hard-liners were angry that the Saudis had bankrolled Saddam. Today they accuse Riyadh of funding anti-Iran and anti-Shi‘a causes in Syria, Iraq, Yemen, and Bahrain, and they are aggrieved because of what they see as Riyadh’s original opposition to making any P5+1 nuclear deal. Meanwhile, the word in Tehran is that Riyadh—unlike in the early 1990s—has since the coming of King Salman been dismissive of Rouhani’s back channel overtures.

Two opposing forces clearly shape Rouhani’s posture toward Riyadh. On the one hand, as he warned in his 2013 presidential campaign, he believes that the rivalry locks both nations in a lose-lose regional struggle via proxy conflicts from Lebanon to Yemen. But on the other hand, his political capital inside the regime apparatus in Tehran is not unlimited, so he must prioritize and pick his fights carefully.

With the nuclear agreement soon to be rolled out, Rouhani can and should redouble his attempts to persuade the new ruling elite around King Salman to repeat reconciliation efforts of the 1990s. But his room for maneuver and magnanimity will be constrained. His hard-line detractors, still reeling over what they perceive as Rouhani’s nuclear concessions to the West, are eager to see him fumble the Saudi question.

Rouhani will therefore maintain some political distance from the initial efforts, but he has a strong surrogate at hand to help: the former president, Rafsanjani, who is now the patron of the moderate Rouhani camp. He still commands much influence in Iran’s factionalized politics, and has made no secret of his desire to see Iran and Saudi Arabia mend ties again. In a recent interview, Rafsanjani derided those at Friday prayers who engage in “name-calling” against the Saudis.

Rafsanjani also warned against casting King Salman as a die-hard anti-Iran firebrand. “When [King Salman] was governor of Riyadh province, he hosted me. Everything was brotherly and constructive,” he said. Though Rafsanjani also noted that the death of King Abdullah, unprecedented regional tensions, and disagreement over the price of oil make rapprochement with Riyadh harder than ever, he argued that “if there is a will, there is a way,” even in the tempestuous relations between Iran and Saudi Arabia.