The Shifting Definition of ISIS' Caliphate 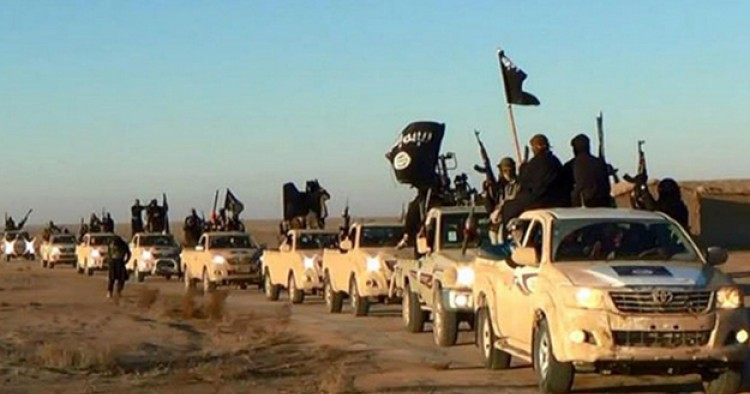 Even as ISIS forces are pushed further back behind their lines of greatest extent, a number of groups from around the world are eager to throw their loyalty behind the faltering so-called Islamic State. Groups like Boko Haram in Nigeria, al-Shabab in Somalia, and Islamic State in Libya have declared not only their support but their allegiance to the group. Central to these statements of allegiance is the use of the word “caliphate,” which is met in much of the West with as much derision as is the word “shariah.” For some observers, it makes no sense—why would groups from around the world be so willing to cash their stock in ISIS when it is clear that the group is faltering and its experiment of a “caliphate” collapsing? The truth of the matter is that while ISIS’ control of parts of Syria and Iraq may wane by the day, the caliphate that it has claimed to establish is only growing stronger. In many ways, ISIS is transforming into something altogether different, and the definition of caliphate is at the center of this metamorphosis.

There is a tendency in the West to equate the idea of a caliphate with the necessity of pan-Islamic worldly power. This is understandable—the original Rashidun caliphate established following the death of Muhammad, in which the powers of government and religion were heavily intertwined, is often seen as a model.  Additionally, in many sources that refer to the Golden Age of Islam, the ruler of Islam is addressed as “Caliph,” so it only follows that, for many, caliph and Islam are analogous to Caesar and ancient Rome. In reality, the correlation between the title of caliph and political power has been a much rarer occurrence outside of the earliest decades of Islamic history. In fact, the title was usually much more about maintaining legitimacy rather than demonstrating power.

During the Middle Ages, a number of caliphs ruled from seats in Cordoba, Cairo, and, most famously, Baghdad. That said, these titles were, in the case of the Umayyads in Cordoba and the Fatimids in Cairo, propagated by the same men who had political power. The reason for this is apparent upon further examination. The caliphs were those who needed the constant reinforcement of religion to assert their legitimacy in the eyes of both their subjects and neighboring groups. Muslim Spain was in close proximity to Christendom, while Fatimid Egypt was a Shiite state that stood defiant of its Sunni neighbors. For example, Abd ar-Rahman of Cordoba originally held the secular title of Emir, but took on the title of caliph so that he could be mentioned as such in the Friday khutba. In Abbasid Baghdad, the longest-lasting of the caliphates, the title grew less and less important as local rulers, such as the famous Saladin of Crusader fame, increasingly only paid lip service to the wishes of the Abbasid caliph.

In fact, the Ottomans only revived the title as a way to build an early Sunni nationalism. After all, one still addressed the ruler of the Ottoman Empire as “Sultan,” not “Caliph.” During the colonial era, caliphates were established in Nigeria, Sudan, and elsewhere as a way of rallying locals against European rule. In these instances, the title’s use appealed to the idea that Islam was under attack. It had little to do with political connotations, but instead framed a conflict between Islam and the other. Put into the language of Islamic governance, it underlined the distinctions between dar al-Islam, the realm of Islam, and dar al-Harb, the realm of war—the non-Islamic other. Note that such a worldview leaves little room for those in the other subdivisions developed by Islamic scholars, such as dar al-Sulh, an area where non-Muslims signed peace treaties with Muslim states.

Therefore, historically speaking, the precise definition of caliphate has changed over time, and within the considerable grey area that makes up that definition, ISIS has found the ability to maintain the idea that it is a caliphate even as its state structure changes. Just like the Rashidun and Umayyad caliphates, the first months of ISIS demonstrated a caliphate as a state.  However, as ISIS faced more defeats on the battleground, it could no longer effectively define its caliphate in that paradigm. Instead, the caliphate that ISIS claims to lead now is much more like those that built a dichotomy between Islam and the other, with ISIS as the epitome of true Islam and a spiritual leader. After all, ISIS is not sending administrators to the regions that proclaim their allegiance to the group, like a traditional state might. Instead, it is pushing the idea of ISIS being the legitimate moral leader of the Islamic world.

ISIS is therefore left with two possible conclusions of the term in its own mindset. The first of these is the most obvious—ISIS uses the term as a way to attract support and further paint various conflicts between Muslims and non-Muslims using the brush of dar al-Harb. In this respect, ISIS’ efforts are no different than attempts by the Ottoman Empire to portray itself as a defender of Sunni nationalism. Remember that ISIS itself formed, in part, to further perceived Sunni Arab interests against a Shiite-dominated government in Baghdad and a Ba’athist regime in Damascus.

Secondly, ISIS can accept the fact that many of its adherents may not live under its direct political control. That is not of great importance. Indeed, the ability to claim responsibility for attacks that it only inspires is a major advantage for ISIS. In fact, it is the ability to appear to have some hand in coordination of the actions that will continue to give ISIS the aura that it requires to continue to expand its influence. All the while, such an expansion not only keeps local and Western targets on alert, but also furthers the mythology of ISIS as a pan-Sunni movement that can unite Sunnis from northern Nigeria, Somalia, and countless other hotspots in the Islamic world.