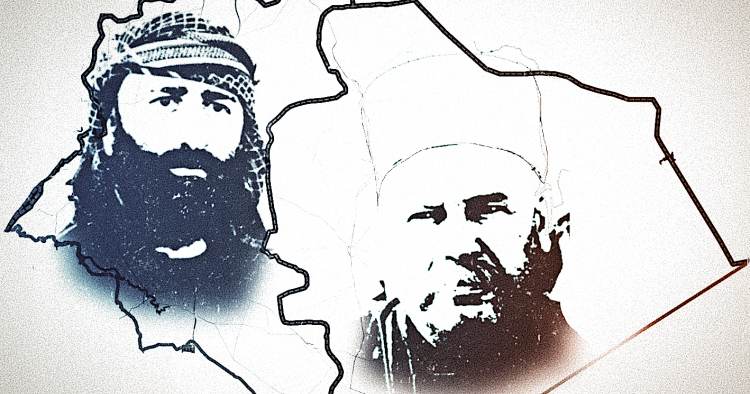 The significant increase in tit-for-tat kidnappings between Daraa governorate, where territorial and security fragmentation has prevailed since 2018, and As-Suwayda governorate, whose predominantly Druze population have largely opted for neutrality and maintained a degree of relative autonomy since 2011, has become a defining characteristic of volatile southern Syria. Contrary to the belief of many, instances of kidnappings between the “plain” (Daraa) and “mount” (As-Suwayda) of Hauran, which have been occurring since at least 2011, are not driven by Sunni-Druze sectarian hatred. Rather, the deteriorating economy, decline of agriculture, unemployment, desperate poverty, and abundance of weapons are the core factors pushing many individuals to participate in criminal groups and engage in profit kidnapping, drug dealing, and gun running.

In March 2020, tensions mounted over long cycles of tit-for-tat kidnappings and sparked armed clashes between local factions from Daraa and As-Suwayda, further exacerbating the volatility of Syria’s south. On March 25, two men from eastern Daraa were kidnapped in As-Suwayda. In response, three armed men from Daraa attempted to execute a quid pro quo kidnapping in the town of al-Qurraya in western As-Suwayda. Their attempt failed, but before escaping they shot three civilians, leaving one dead and two injured. Immediately, local armed groups were deployed to capture the assailants, but ended up engaging in bloody clashes with patrols from the Eighth Brigade, a subdivision of the Russian-backed Fifth Corps commanded by the former rebel leader, Ahmad al-Oda. The clashes, which resulted in a total of nineteen deaths and nine injuries, ended with Russian-mediated talks that yielded a promise from the Eight Brigade to withdraw its forces stationed near al-Qurraya. As a high-ranking Eighth Brigade commander explained to the author on condition of anonymity, “We suggested establishing checkpoints staffed by fighters from the Eighth Brigade and from the local armed groups in As-Suwayda, but they did not agree… so we had to keep our forces there to secure the area from criminal groups that kidnap civilians and stir up sectarianism between Daraa and our neighbors in As-Suwayda.”

To prevent further escalation, Daraa’s notables and clan sheikhs issued a statement on March 31 in which they expressed readiness to cooperate with their counterparts in As-Suwayda to establish security in the region. This was followed by a statement of “Good Neighborliness between the Plain and the Mount” signed on April 4 by notables from both regions calling for a joint local committee to investigate the recent events, end kidnappings, and revive social and economic relations. However, on April 1, a statement of a very different nature was released by the Men of Dignity Movement, a confederation of As-Suwayda armed factions established in 2012 that is officially neutral and currently led by  Sheikh Yahiya al-Hajjar (aka Abu Hasan). While stressing As-Suwayda's ancient ties with the people of Daraa, the statement blamed the Syrian government for creating a “security vacuum” in the region, held the Eighth Brigade’s Ahmad al-Oda responsible for the al-Qurraya massacre, and vowed retribution.

Sowing the seeds of sectarian violence?

Until May 2020, Russia had supervised the withdrawal of the Eighth Brigade forces from western As-Suwayda. However, “the Russian forces left before a full withdrawal, and new Eighth Brigade forces began to arrive in the area,” a local from western As-Suwayda explained before adding, “using armed force has become a legitimate response to an unwarranted presence of alien armed forces on lands owned by locals.” On Sep. 29, 2020, armed groups in al-Qurraya launched an attack and expelled fighters affiliated with the Eighth Brigade from the areas seized in late March. However, the Eighth Brigade staged a counterattack and recaptured territories previously lost in fierce clashes that had resulted in fourteen deaths and tens of injuries.

Among locals in As-Suwayda, there are two competing narratives around who exactly planned and launched the attack against the Eighth Brigade. One the one hand, many residents of As-Suwayda stressed that local armed groups, such as the Men of Dignity Movement, acted alone. According to this view, they decided to attack in order to redress grievances, settle old scores, and regain symbolically important territories in close proximity to the hometown of Sultan Pasha al-Atrash, the prominent Arab Druze leader of the Great Syrian Revolution (1925-1927). “Al-Qurraya is a symbolic and venerated place for the people of As-Suwayda, and there is no justification for the Fifth Corps to have a presence there, especially since they promised to withdraw their forces,” one interviewee from As-Suwayda affirmed.

In contrast, other locals asserted that fighters affiliated with Iran-backed pro-regime militias, such as Hezbollah and the National Defense Forces, have hijacked the cause of al-Qurraya and, without consulting local factions, decided to launch the offensive with the goals of ending Druze neutrality, fueling sectarian conflicts, and weakening the Eighth Brigade. “Members of the National Defense Forces were ordered to launch the attack using military sites with the promise of military backup, which did not happen, and eventually required the intervention of unprepared local factions,” said one local. Another explained, “The people of As-Suwayda must know that Hezbollah is active in the western part of the region and provides weapons and logistics to the National Defense Forces, and shame on those who know it and denies it...Hezbollah wants the Druze to fight al-Oda on its behalf.”

Interviewees from Daraa tend to believe the second narrative. In fact, locals in Daraa do not see themselves as embroiled in direct feuds and hostilities with their neighbors in As-Suwayda. Rather, they believe that the attacks in late September came from collaborators with and members of Iranian and pro-Iranian proxy forces who are hoping to goad the Eighth Brigade and armed factions from As-Suwayda into a sectarian war of attrition in order to weaken Ahmad al-Oda, who holds a grudge against them and possesses the military means to foil their ambitions in southern Syria. According to many interviewees, al-Oda’s capacity to mobilize popular support combined with the potential addition of manpower to his side in Daraa are alarming for Iran and Hezbollah. Thus, weakening the Eighth Brigade would allow Iran and Hezbollah to establish a foothold in eastern Daraa and penetrate Busra al-Sham, the main Shi’a population center in southern Syria, whose displaced Shi’a families remain prohibited from returning home by al-Oda. In a video released on Oct. 2, 2020 and obtained by the author, al-Oda openly accused Hezbollah and Iran of using the sons of As-Suwayda to achieve their “dirty” plans and stressed that good neighborliness with Daraa will last “despite those who want to trigger sedition.”

As antagonisms remain unresolved in the two clan-based communities, cyclical patterns of retaliation and escalation are likely to prevail, offering an alarming opening for the Syrian regime to reassert itself in southern Syria. Unwilling to tolerate any “spheres of rebellion,” the regime is likely to use the chaotic and violent environment as a pretext to play the role of arbiter of local conflicts by deploying military and security forces, ultimately, undermining both the Eighth Brigade in Daraa and the autonomous local armed groups in As-Suwayda.

To decrease the likelihood of a regime crackdown, local armed actors should collaborate to fill the security vacuum and end the current state of lawlessness. Clan sheikhs and notables from both regions should monitor the behavior of the armed actors in their areas and emphasize their role as field diplomats who prioritize reconciliation and dialogue. Without a serious call for action and collaboration, southern Syria is doomed to be a battlefield on which the “sons of the land” are merely the pawns and the victims of internal and external actors.

Abdullah Al-Jabassini is a Ph.D. candidate of International Relations at the University of Kent in Brussels, Belgium, and a former visiting scholar at the European University Institute in Florence, Italy. He is also a researcher for the Wartime and Post-Conflict in Syria (WPCS) project at the Robert Schuman Centre for Advanced Studies of the European University Institute. His research focuses primarily on political violence, non-state armed actors, local governance, rebel-military integration, and the Russian and Iranian roles in Daraa governorate in southern Syria. The views expressed in this piece are his own.