Stability in Yemen: A Matter of Gulf Collaboration 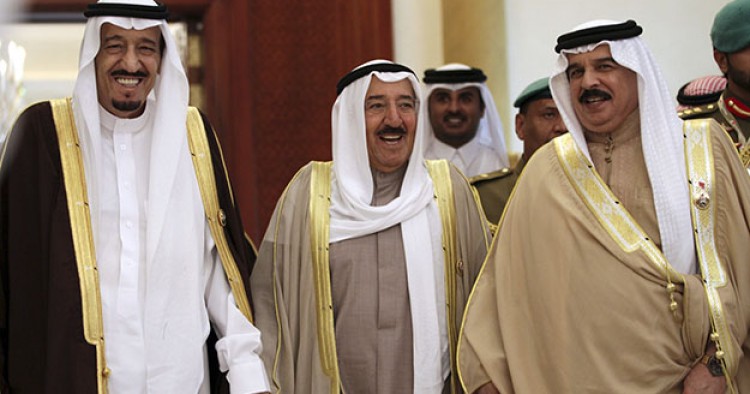 Yemen, like many other states in the region, has never conformed to the norms of an integral nation state; it has been in a state of crisis since at least the 1990s due to constant competition between the ruling state authority and various clans, tribal groups, transnational movements, and secessionists. In addition to these layers of conflict, regional players have tried to exploit domestic instability to further their own interests.

As much as this outside intervention has been a cause of conflict in Yemen, Yemen today will not be able to achieve reasonable stability without the help of regional players. A united GCC strategy on Yemen with the clear intent to prioritize inclusive Yemeni interests over partisan Gulf interests could lay the foundation for this stability.

Although Western mainstream media consider the current Saudi-led intervention by a Sunni Arab coalition against the Houthis, a loose movement of Shi‘i militias and insurgents, a sectarian conflict,[1] the underlying discord is far more complex. In fact, the various religious, tribal, geographic, and ideological fault lines dividing Yemen have traditionally been used for the advancement of power interests.

Conflict in Yemen has historically arisen within clans and tribes as well as among Sunni and Zaydi communities, the latter being the most prominent offshoot of Shi‘i Islam in Yemen.[2] The republican regime has socioeconomically and politically marginalized the Zaydis of the north since the end of the Zaydi Imamate in the 1960s. Marginalization has provided the seedbed for communal dissidence—dissidence that has been hijacked by the Houthis, who are themselves Zaydis.[3]

Conflicts within clans and tribes generally center on access to resources and power, which assure the temporary loyalty of individuals and movements. In a tribal society, affiliation with a charismatic leader and his patrimonial network is a means for individuals to elevate their social, economic, and—potentially—political status. Questions of ideology or religious affiliation come second.

This is why external intervention is a contributor to conflict in Yemen. In a country so dependent on foreign aid, the ability of a leader to secure external funds can disproportionately increase his sociopolitical leverage vis-à-vis other leaders and the state itself. In the past 50 years, the most important foreign donor to Yemen has been Saudi Arabia, which has backed Zaydi royalists, Wahhabi jihadis, moderate Islamists, secular tribal groups, and the Arab nationalist regime of Ali Abdullah Saleh—all in support of short-term Saudi national interests.[4]

Since 2011, the UAE has been more involved in Yemen, supporting former President Saleh against the moderate Islamists of the Islah Party, a Sunni group backed by former Saudi client and Saleh adversary General Ali Mohsin al-Ahmar.[5] Inadvertently, therefore, the UAE financed Saleh’s more recent support for the Houthis, who clash with the Islah Party. The UAE leadership’s aversion to political Islam was the main driver of this policy.

In comparison, Qatar’s involvement in Yemen has been less influential. The small country tried to use its financial power and reputation as a mediator to broker a peace deal between the Houthis and the regime in 2008 and 2010.[6] Since 2011, Qatar has rhetorically supported political transition and reconciliation. On the ground, Qatar has allied with members of the Islah Party, whom both the Houthis and forces loyal to Saleh have threatened to crush.

The GCC’s internal divisions, its lack of a clearly defined strategy for Yemen, and its inability to enforce the widely inconclusive 2011 GCC initiative for transition opened the door for the involvement of another external player: Iran. A few hundred million dollars in weapons, oil, and subsidies allegedly allowed Iran to buy the Houthis’ loyalty.[7]

Iran crossed a red line with Saudi Arabia when it supplied direct support to the Houthis. The new King Salman views Iranian expansionism through the lens of a zero-sum game. Domestically, Salman is eager to consolidate his own position as well as groom his son, the current deputy crown prince, as a successor. Externally, Salman is aiming to ensure Saudi Arabia the regional leadership role it has neglected in recent years. However, its military operation in Yemen will likely not bring about a firm resolution to the underlying conflicts. But as Aden was on the brink of falling into the hands of the Houthis and Saleh loyalists, Saudi Arabia believed that something had to be done to disrupt the Houthi operations.

Unable to defeat the Houthis militarily, particularly not from the air, the military operation was halted in the hope that the partial degradation of Houthi capability would pave the way to a return to the negotiating table. Here is where the objectives of the main stakeholders in the coalition diverge. Saudi Arabia and Qatar might not back former President Abdu Rabbu Mansour Hadi, as most of his popular base has eroded, and the UAE and Egypt will not tolerate a return of the Islah Party, let alone a coalition headed by General Mohsin al-Ahmar. Although Iran sought to inject itself into the regional mediation, the GCC made clear that it saw no role for Iran in brokering a Yemeni deal.

And indeed, internal Yemeni political dialogue is the only way forward. Saudi Arabia knew that the longer the military operation continued, the more difficult it would be to resume negotiations. Coalition airpower found it increasingly difficult in the last days of the operation to identify targets, as the few special forces on the ground could only provide limited intelligence. As a result, with collateral damage gradually increasing, public opinion in Yemen became ever more hostile to coalition operations. However, despite Saudi Arabia’s transition from Operation Decisive Storm to Operation Renewing Hope, a more low-intensity stabilization operation, the threat of deploying or creating a ground component in Yemen is still present.

Training and equipping tribes in the northeast and south, whose only commonality might be their opposition to Saleh and the Houthis, is no real alternative to the previous air campaign. If this was to take place, it would be almost impossible for the coalition not to indirectly support al-Qa‘ida in the Arabian Peninsula (AQAP) or Islamists loyal to the Islah Party—both scenarios that would cause unease in Cairo and Abu Dhabi, not to mention Washington and London.

Military action neither provides a solution nor relief to the worsening humanitarian situation on the ground. If not supported by a consolidated Arab strategy, any form of military action will further fuel the conflict, merely tipping the fragile balance of power in another direction. The strategic endgame in Yemen must be sociopolitical inclusion based on social justice and individual security. For that to happen, the GCC must set aside its differences and facilitate an impartial transition and dialogue without favoring particular strongmen, tribes, groups, or movements. The stability that could emerge from such a process would deprive Iran of its appeal as a foreign protector and would make for a positive GCC collaboration from which to build.