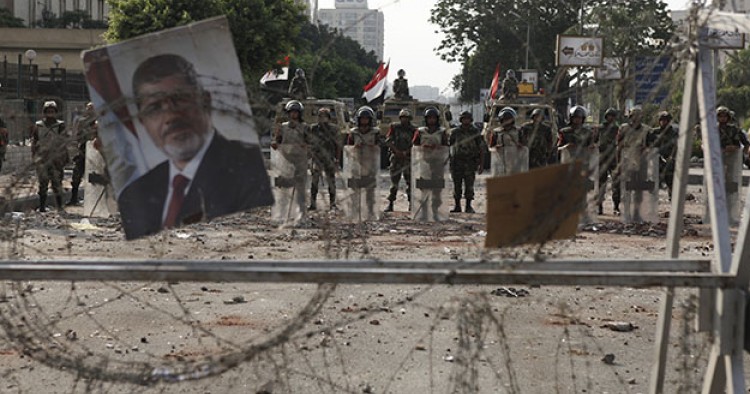 Earlier this month, Interim President Adli Mansour appointed Judge Mohamed Amin el-Mahdi as Egypt’s first-ever Minister of Transitional Justice and National Reconciliation. It’s an encouraging move for a country that has, for decades, endured an oppressive environment of fear due to successive regimes’ use of power and the security apparatus to suppress and torture dissidents. After Hosni Mubarak’s ouster in 2011, many Egyptians hoped that their long list of abused rights could find justice, but until now very little has been accomplished.

Transitional justice is defined as “a set of judicial and non-judicial measures implemented…to redress the legacies of massive human rights abuses.”[1] These measures include criminal prosecutions, truth commissions, and institutional reforms. In the aftermath of social uprisings, new and interim governments should use such mechanisms to reveal the truth about atrocities, punish the perpetrators, deliver reparations, and begin rebuilding the country. Often, however, state mechanisms fall short of delivering these rights, especially if the state has actively or passively played a role in committing these human rights violations.

Transitional justice is far from what has been seen in Egypt since Mubarak’s fall.[2] Then, the vast majority of societal and political forces were united against Mubarak’s regime, demanding reparations for the martyrs, the prosecution of corrupt businessmen, and justice from complicit security officials with a history of torture. However, almost all of the police officers and Mubarak regime figures who stood trial were acquitted, while some offered monetary payments in exchange for release from prison or protection from prosecution. Abuses without justice continued under the 18 months of military rule and the one year of Muslim Brotherhood rule

In one infamous case in March 2012, for instance, a military court ordered the acquittal of an army doctor accused of carrying out forced virginity tests on female protesters, even though Major General Abdul Fattah el-Sisi, head of military intelligence at the time and current Minister of Defense, admitted the incident.[3] Other cases that involved killings or abuses of protesters such as the October 2011 Maspero massacre—in which 27 protestors were killed by soldiers in a demonstration led by Coptic Christian activists—or any of the deadly clashes during Mohamed Morsi’s year in power have not seen the perpetrators held accountable.[4] Moreover, there have been no real security sector reforms, despite numerous civic initiatives put forward by human rights groups and other intellectuals.[5]

The government has attempted several times to establish independent commissions to investigate killings and abuses of protestors, but none has appeared efficient, sincere, or transparent. These include the fact-finding commission regarding the deaths of protestors during the January 25 revolution formed last year by Morsi. Judges, rights lawyers, and representatives from the Interior Ministry and intelligence, as well as families of victims, comprised the commission. Leaked excerpts from the final 700-page report presented to Morsi declared that Hosni Mubarak and his police and military officials were “legally responsible” for the killing of protesters, and as such called for their retrials. Morsi’s failure to disclose the content of the report, as well as dismissive comments from the prosecutor general about the report’s findings, indicated resistance from the Egyptian bureaucracy to implement any of the commission’s key recommendations, which in addition to the retrial of Mubarak and his security officials called for the passage of a transitional justice law and the reform of the security sector apparatus.

The latest episodes in Egypt’s wobbly transition, particularly the imprisonment of the deposed Morsi and the death of over 50 Egyptians[6] at the Republican Guards’ club on July 8, might suggest that Egypt has missed the chance for transitional justice. In fact, however, Egypt needs transitional justice now more than ever. Ideally, a transparent and truly independent commission must be allowed to conduct full investigations and present evidence of committed atrocities. The commission’s tasks should be divided into complementary parts: documentation of the abuses, investigation of suspects and evidence, and presentation of the findings for due process of law. The commission should draw from the copious amount of documentation of human rights abuses from NGOs, as well as take into consideration the range of recommendations to reform laws and institutions that the fact-finding commission and these groups have long lobbied to deaf ears of Egyptian officials. The government must then seriously consider recommendations from the commission and NGOs as well as support the draft transitional justice bill debated by the now-dissolved Shura Council.[7]

In addition, the Egyptian people, civil society, and international organizations must hold the Egyptian government to its promises to ensure that transitional justice measures, including a national reconciliation commission, carry out their work transparently and fairly. All Egyptians must be included in this process in order to overcome destructive binary pairings such as Islamist/non-Islamist, Muslim/Christian, and Sunni/Shi`a.

However, the traditionally dismissive role of the Egyptian government in taking steps to solve chronic problems, coupled with a polarized society, hinders prospects for success. Polarization was clearly demonstrated this past week by Islamists’ boycott of the national reconciliation meeting organized by Mansour, an ironic reminder of when the National Salvation Front (NSF) and other non-Islamist parties boycotted the dialogues initiated by Morsi.[8] The interim government should be particularly vigilant about avoiding past mistakes, such as arresting and freezing assets of individuals just because they belong to an opposing political faction such as the Muslim Brotherhood. Rather, it should take steps to show that its reconciliation calls are sincere. For instance, it should end arbitrary arrests unless they are based on criminal charges or ongoing investigation. This prescription also extends to ousted president Morsi, who has been held without formal charges in incommunicado detention since July 3.[9]

Continuing on the path of dismissing citizens’ rights and freedoms will lead to increased societal divisiveness, widen the mistrust between the state and society, and by default hinder the achievement of any political, economic, or social development goals in Egypt. The longer the Egyptian government does not address its citizens’ grievances and genuinely reform its institutions, the higher the chances for a cyclical recurrence of mass protests, violence, and a gross accumulation of grievances without redress. Egypt is in dire need of justice and accountability for past violations of human rights and the law, as well as the political will to finally instill the rule of law and persecute any and all perpetrators, regardless of their position or affluence.