Trump Admin to Shift Toward Saudi Position on Yemen War 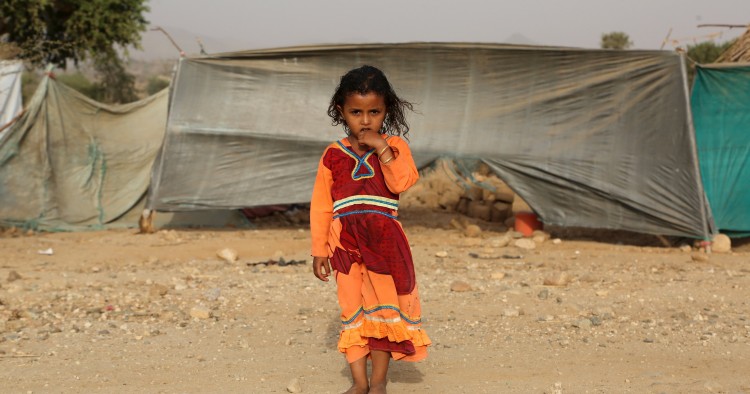 If President Donald Trump’s pick of James Mattis as defense secretary is an indication of the direction of foreign policy in the Middle East, then the U.S. stance towards Yemen will likely align more closely with the approach of Gulf states in pursuing a military victory over the Houthi-Saleh alliance in Sanaa. The Obama administration had diverged, at least partly, from the Gulf position in Yemen by pushing the G.C.C. and the Hadi government toward a negotiated settlement.

In mid-2016, former Secretary of State John Kerry took an active diplomatic role in the region, insisting that the Saudi-backed coalition could not achieve military victory and the campaign only further destabilized Yemen. The United States halted the transfer of cluster bombs to Saudi Arabia after revelations of their use in Yemen and it pulled a small contingent of advisors from the planning team of the Saudi-led campaign after the deadly bombing of a funeral reception in Sanaa.

However, the Obama administration also agreed to new arms sales to Saudi Arabia, signaling that while the United States may be displeased with civilian casualties in Yemen, it fundamentally remained firm in its commitment to the Saudi view of its security needs. And in Yemen, the Saudis see their security in a Saudi-imposed political order possible only through the surrender of the Houthi-Saleh alliance. Kerry’s plan to form a national reconciliation government in conjunction with a military de-escalation served only to scare Abd Rabbu Mansour Hadi out of the safety of Riyadh and back to the seat of his government in Aden for fear his personal position was in danger.

Mattis shares the view of Senator John McCain that the main problem in the Middle East is the vaguely defined “radical Islam,” which they see as Iran and not ISIS or al-Qaeda; ISIS is secondary to the main threat of Iran. Mattis criticized the Obama administration not for the nuclear deal with Iran, which he sees as a strategic arms control agreement, but for failing to counter Iranian influence in the region. While serving as commander of CENTCOM under Obama, Mattis apparently urged greater efforts to interdict weapons transfers from Iran to the Houthi. Mattis likely will agree with Saudi Arabia that the principle problem in Yemen is Iranian influence rather than a collapse of political order.

In Yemen, the Saudi-backed coalition has had some recent military success, but it is still difficult to see how the Saudi military strategy will lead to long-term security for Yemen or Saudi Arabia.  The Saudi coalition continues to put military pressure on the Houthi-Saleh alliance, opening a new front along the coast of Taiz Governorate, continuing the aerial bombardment, and pushing across the Saudi border into the Houthi heartland in Saadah. In Saadah in late 2016, units composed of southern Salafis led by Hashem al-Sayyid crossed the Saudi border at al-Buqa and headed toward the old Salafi center at Kitaf. In early January, southern forces backed by the U.A.E. pushed north along the coast of Taiz, reaching the famous port of Mocha. The operation, dubbed Golden Spear, has the combined goals of cutting off alleged smuggling routes along the coast and improving the Saudi coalition’s bargaining chips at the negotiating table, according to Hadi’s foreign minister, Abdel-Malek al-Mekhlafi, who himself refused to take up residence in Aden, preferring to stay in the safety of the Yemeni embassy in Riyadh. However, the Saudi coalition’s military advances have yet to affect the military balance; Houthi and Saleh forces remain in control of all of the mountainous highlands of western Yemen.

The Saudi-backed coalition has also made some progress rebuilding the areas under its control, mostly in the south. Emirati forces have put together a Hadhrami Elite Force that parallels the Hizam, or Security Belt, Forces in Aden. A similar force is being created in Shabwa as well. These are local forces trained by Emiratis, Jordanians, or Saudis and designed to maintain local security against al-Qaeda or others who want to destabilize the southern territories. The Hizam forces are also fighting in Taiz, a northern governorate, causing some controversy and friction among southerners who reject any involvement in northern affairs and do not want southern blood spilt for northern issues. Hadi also appointed popular local political leaders to the governor’s posts in Shabwa and Hadhramawt in an effort to stabilize the southern politics under the Hadi regime. These are local governments created under Emirati tutelage to secure both local Yemeni and Emirati interests (and actually are only marginally loyal to Hadi). These efforts still face major challenges. In Abyan, the Hizam forces threatened to break apart in a whirl of accusations between Hizam leaders after an attack by al-Qaeda in Lawdar killed a number of Hizam soldiers on 16 January 2017. In the Hadhramawt, Ali Mohsen al-Ahmar, Hadi’s vice president who leads the forces in the eastern desert of Marib, was accused of attempting to divide the Hadhramawt into two governorates, one on the coast and another in the interior, because of his opposition to Emirati influence in the south.

Most threatening is the economic situation that continues to sink with not even a glimmer of hope of relief. The Hadi government had promised to pay salaries of soldiers and civilian employees, but few have actually received salaries and protests continue in many places across the south. The main impact of the printing of currency was to drive down the value of the Yemeni Rial. In the north, the Houthi-Saleh alliance faces even greater challenges: there are very few sources of revenue and salaries that haven’t been paid since August. The Houth-Saleh alliance also faces protests and rebellions over lack of payment of salaries, including the public protest by the professors of the University of Sanaa.

So while the Saudi-backed coalition has begun a path to stabilizing the south, albeit still with stark internal conflicts, and has shown some promise on a few small military fronts, nothing yet indicates that the Saudi strategy could stabilize the territories under control of the Houthi-Saleh alliance, much less conquer these territories in the first place. Kerry’s suggestion of initiating a political process that includes the Houthi-Saleh alliance, a national reconciliation government that would parallel a military disengagement, has a better chance of actually stabilizing Yemen and achieving peace. However, given Mattis’ contemptuous view of Iran, we can expect the United States under Trump to give more support for the Saudi military strategy and the conflict to continue without any clear resolution on the horizon.