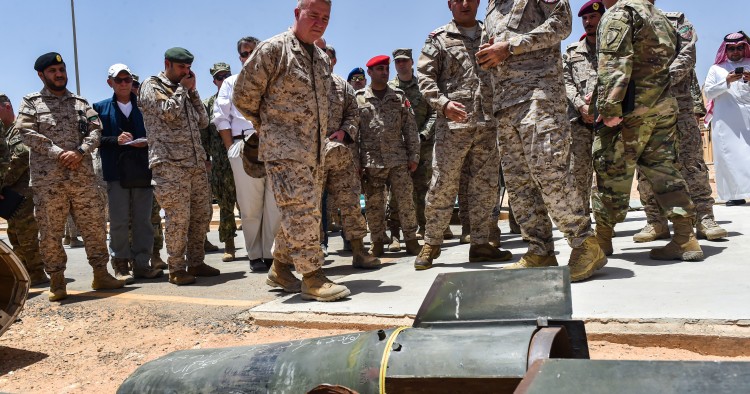 The Carter Doctrine, which calls for a U.S. military response to any outside effort to threaten or seize oil fields in the Persian Gulf, is dead, and the Defense Department’s announced deployment last week of 1,800 more U.S. troops to Saudi Arabia will neither resuscitate it nor, frankly, reassure the Saudis, who are more worried about the end of their special partnership with Washington than counting how many more American soldiers are arriving to the kingdom.

This new chapter in U.S. military history in the Middle East is fraught with danger. The very thought of the United States either suspending or terminating its role as chief police and protector of the global commons in the region has alarmed the country’s European allies and terrified its Arab partners. It has even confused the United States’ main adversaries, China and Russia, which have worked to undermine U.S. dominance in the Middle East for years but never sought to fully replace it for fear of inheriting the chaos caused by the United States’ departure.

Yet despite all the perils of this geopolitical transition, there’s an opportunity in it for Washington to rethink U.S. deterrence in the Middle East. All along, the assumption of American decision-makers had been that the sheer amount of U.S. forces in the region (along with additional ones that could be quickly flown in from neighboring areas), the speed with which they could respond to new emergencies, and the fury they could unleash would be sufficient to make enemies think multiple times before causing mischief. But by attacking Saudi Arabia’s oil infrastructure last month, Iran has shattered that assumption, although not because of its greater capabilities but because of the United States’ own failings.

Critical to the credibility of U.S. deterrence is its ability to make its main regional foe, Iran, believe that Washington will not hesitate to use lethal force should Iran cross a certain threshold. Yet by failing to respond to the attack on Saudi Arabia, U.S. President Donald Trump has telegraphed that, unless an American soldier based in the Middle East is killed or a critical U.S. asset is directly hit (other than a drone, it seems), he will not order the U.S. military to intervene.