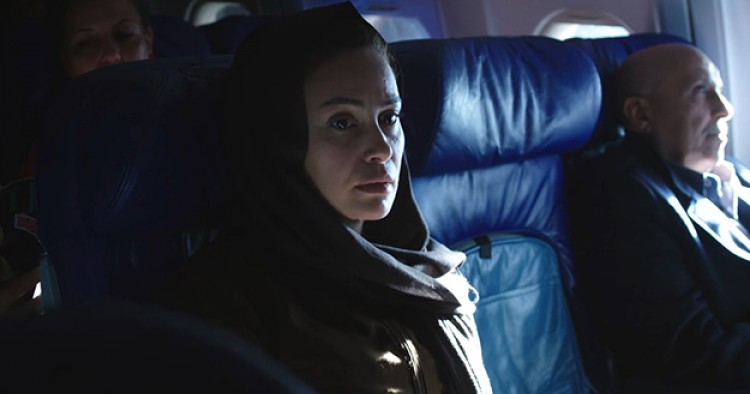 To be a cinephile in Tunis is a patriotic act. Tunisians came out in droves to last year’s Carthage Film Festival, which occurred a day after a terror attack targeting security forces.

“Everyone came out in defiance of the situation, to show their solidarity and love of cinema,” Tunisian journalist and festival staffer Yosr Hazgui said.

And this year, with the 50th anniversary marking Africa’s oldest and most distinguished film festival, the crowds are again out in full force.

The opening night was a surreal tableau of chanting fans, hundreds of international guests, and heavy security. The film to kick-start the festival, Fleur d’Aleppo, about a young man brainwashed by jihadists, was a reminder of Tunisia’s ongoing issues five years after the Jasmine Revolution.

Amnesty International’s 2015/2016 annual report on the current state in Tunisia makes for sober reading material in between films and star-studded after-parties: restrictions on freedoms of expression and assembly (film festivals evidently exempt); the banning of demonstrations; torture and arbitrary arrest; attacks against L.G.B.T. people; security threat from Islamist militants; and an ongoing state of emergency.

En route to a screening, a young taxi driver relates that his monthly salary of around $200 is barely enough to cover his rent—post-revolutionary inflation after years of state-controlled prices and low salaries has made life difficult for most Tunisians.

Nevertheless, the current situation has not dampened the public’s love of cinema. Instead, cinema has been used as a means to shed light on the ailments affecting contemporary Tunisian society.

Fleur d’Aleppo is a case in point. Directed by Tunisian Ridha Behi, the film tracks a mother (Hind Sabri) in pursuit of her young son, who has gone to Syria to fight for jihadist groups.

It is a scenario that resonates with its audience, as it is one replayed all too regularly in today’s Tunisia. The country’s large youth population suffers from high unemployment—at over 30 percent—and serves as a breeding ground for jihadist networks seeking to lure young men to their cause. As many as 7,000 Tunisians are said to be fighting with the Islamic State.

“Two of my old school friends went to Syria,” 26-year-old Tunisian filmmaker Nader Ayache said. “And they died there.”

Ayache, who like his friends hails from a middle-class family in Sousse, is one of the lucky ones. He won a scholarship to the Sorbonne where he is currently finishing a doctorate on Tunisian cinema.

Cinema in Tunisia saw a surge in the amount of films after the Arab Spring as an avenue to celebrate the country’s end to dictatorship and censorship.

“After the revolution, there was a spate of documentaries made very quickly and cheaply, on the fly, by people eager to celebrate their newfound freedom,” Ayache recounted. He himself made a film about his older brother, an epileptic invalid, and his mother’s efforts to care for him amid an increasingly bleak economic situation.

But it took more time after the revolution before full-length features were made that reflected on-the-ground realities. This year’s Carthage Film Festival is perhaps the first true showcase of Tunisian films that profoundly reflect on the state of affairs in the country.

Mokhtar Ladjemi’s 2015 Dicta Shot—set in a psychiatric hospital where the director locks the doors on the night before the revolution—was a brave attempt at examining pre- and post-revolutionary violence and human rights abuses. At one point in the film, the Ben Ali-like hospital director disappears and then returns with an Islamist style beard. The scene underscores the post-2011 reality that saw the likes of filmmaker Nadia el-Fani banned from Tunisia, after her anti-Islamist film Ni Dieu, Ni Maitre saw Salafists storm the cinema next to Hotel Africa—the headquarters for the Carthage Film Festival.

The lyrical, often moving film, is part road movie, part detective story, and follows the fate of three young Tunisians united by violence, hope, and unspeakable acts that unfold on the very night of the revolution. When a young journalist and artist find themselves trapped on a rooftop with a 15-year-old tough from the mean streets of Tunis, they save him from a violent rape at the hands of a Ben Ali flic by an equally violent act. An inquest into the events of that night unfolds some three years later, revealing uncomfortable truths about the not so invisible ghosts of Ben Ali’s dictatorship, ongoing violence, and the new threats of Salafism and economic crisis. The pair travel to the young man’s village in the south, where they discover the rift between Tunis’ Jasmine Revolution and rural reality.

The film, as with the entire festival, relays the sense of a country that is lost in transition, and confronted with the need to choose its future path. “I’m asking a question,” the director Achour said. “Are we going to continue the revolution we started in 2011, or abandon it? The revolution is still an ongoing process and we have a long road ahead.”