Turkey and the ISIS Challenge 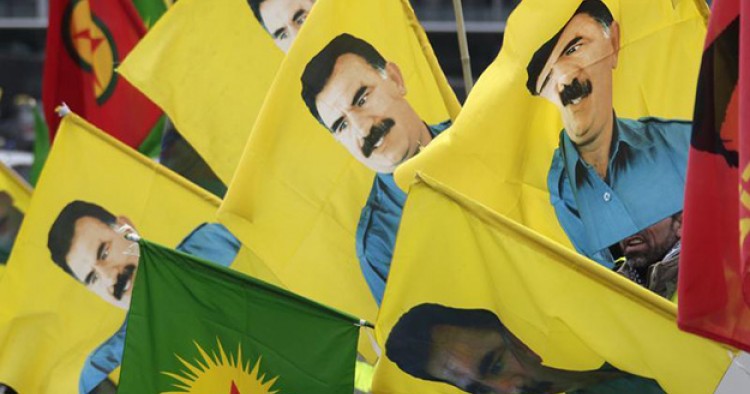 With the Syrian civil war raging and the ISIS offensive in northern Iraq creating a fresh crisis, Turkey now effectively has two failed states on its southern border and is dealing with new security, political, and economic challenges. Gonul Tol, director of MEI’s Turkish Center, explains how Turkey is responding to this predicament.

What are Turkey’s main concerns in regard to Syria and the ISIS offensive?

Al-Qa‘ida-related groups have carried out several terror attacks in Turkey in the past, and that threat may intensify as ISIS gains ground in Syria and Iraq. The Turkish government’s Syria policy, with the security threats it has posed and the social and financial burden of Syrian refugees, was already very unpopular domestically. The emergence of a new terrorist threat along Turkey’s southern border could be perceived as a consequence of poor policy decisions, increasing pressure on the government. The crisis could also have economic implications if ISIS captures pipelines carrying Iraqi oil to Turkey.

What have Turkey’s policies been vis-à-vis Syria and Iraq?

Turkey’s Syria and Iraq policies since the Syrian uprising have been mainly driven by concerns over its Kurdish problem. After Syrian President Bashar al-Assad ceded control of strategic border areas to the Democratic Union Party (PYD)—a Kurdish group with links to the Kurdistan Workers’ Party (PKK)—in retaliation for Turkey’s support for the Syrian opposition, the PYD became Ankara’s number one threat.

To counter this threat, Turkey cultivated closer ties with the Kurdistan Regional Government (KRG) in Iraq. Turkey’s assumption was that KRG President Massoud Barzani, with his leverage over Syrian Kurds, could push the Kurdish National Council—the umbrella organization composed of Syrian Kurdish parties created under Barzani’s sponsorship—to marginalize the PYD within the Syrian opposition. Turkey also supported jihadi groups in Syria to keep the PYD in check.

But in reality Barzani has limited leverage over the Syrian Kurds, the PYD is too strong to be marginalized, and supporting the jihadis was a bad idea, as ISIS’s takeover of Mosul and large swathes of territory in Iraq now presents Turkey with a bigger threat than the PYD.

How should Turkey address the ISIS challenge?

Turkey needs to work with the United States against ISIS and other radical organizations in the Syrian opposition, engage the PYD, and pursue its peace process with the PKK.

Turkey has already seemed more willing to work with the United States to marginalize al-Qa‘ida-linked organizations. After resisting calls to blacklist Jabhat al-Nusra and arguing that the Western decision to do so only increased the appeal of the group, Turkey finally designated the group as a terrorist organization on June 3; the decision removed a major irritant in Turkey-U.S. relations. Turkey has also reportedly agreed to take part in a U.S.-led program to train vetted rebels in Qatar to marginalize jihadis in the Syrian opposition.

The PYD has proven to be one of the most effective forces fighting ISIS. There are signs of a thaw in Ankara’s relations with the PYD, but Turkey’s approach to the group needs further revision. So far, Turkey has been allowing limited aid through its border to PYD-controlled parts of Syria, and secret talks between the PYD and Turkish intelligence are reportedly underway.

One of the main sources of friction in the PKK/PYD-Barzani relationship has been the latter’s close ties with Turkey. If Turkey takes steps to address its Kurds’ demands, the PKK’s imprisoned leader, Abdullah Ocalan, might keep playing a constructive role in mending fences between the PYD, Barzani, and Ankara. This rapprochement could result in Barzani and the PYD joining forces along Turkey’s southern border to create a zone of stability between Turkey and the troubled parts of Iraq and Syria. But such cooperation is contingent on Turkey’s peace process with the PKK.

A spokesman for Turkey’s ruling party recently announced that the Kurds in Iraq have the right to self determination. Is this a response to ISIS’s recent advances in Iraq?

Turkey still officially supports a unified Iraq, but it has been empowering the KRG for some time through energy deals without the approval of Baghdad, diplomatically and politically engaging Barzani in an effort to resolve its Kurdish issue and address the PYD challenge in Syria. Behind Turkey’s engagement policy lies an understanding that the KRG can serve Turkey’s interests in a hostile Nuri al-Maliki-ruled Iraq and an increasingly chaotic region if the KRG becomes economically dependent on Turkey. A KRG alliance is even more vital to Turkey in the face of ISIS advances in Iraq; a strong KRG can serve as a credible partner both against Maliki and ISIS.

A recent development highlights Turkey’s KRG strategy. Barzani’s peshmergas took control of oil-rich Kirkuk earlier this month after the Iraqi Army abandoned the city. Despite years of Turkish objection to KRG control of Kirkuk, Turkey now seems reconciled to the fact that the city will be under Kurdish control for the foreseeable future, and Turkey might even import Kirkuk’s oil from the KRG. The KRG’s minister of natural resources announced the completion of a link between the Kirkuk oil fields and the KRG’s recently-built pipeline to Turkey on June 17.

Turkey’s energy deals with the KRG have been strengthening the economic foundations for a potential independent Kurdish state, and the KRG’s capture of Kirkuk will further boost the KRG’s economy.

ISIS’s takeover of Mosul was a stark reminder of how fragile Iraq is. As further chaos awaits Syria and Iraq, Turkey seems to be banking on the alliance it has forged with the KRG, not only to feed its energy-hungry economy but also to create a Kurdish buffer zone against a growing ISIS threat.