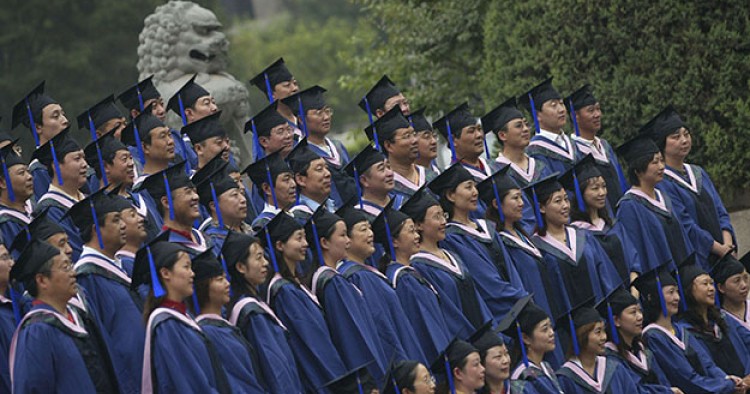 In recent years, Sino-Turkish relations have grown increasingly close. Sino-Turkish trade, for instance, saw a sharp rise from $4.87 billion in 2005 to $19 billion in 2012, a rise of 292.09 percent. In 2005, 44,077 Chinese citizens traveled to Turkey, and this number rose to 114,582 in 2012—a 159.96 percent increase. 2013 has seen such an overwhelming number of visits and travels to Turkey from China that the Chinese government has adopted some restrictive measures, such as limiting the number of delegations from various levels of government and universities that can make the trip.

Diplomatic meetings also reflect the growing importance of Sino-Turkish relations. Highlights from the past five years include the 2009 meeting in China between Turkish President Abdullah Gul and Chinese President Hu Jintao, Premier Wen Jiabao, and Chair of the National People’s Congress Wu Bangguo; the 2010 trip of Li Changchun, Member of the Standing Committee of the CPC Politburo, to Turkey to meet with Gul and Prime Minister Erdogan; and the April 2012 visit of Erdogan to China, where he had an audience with Hu, Wen, and Vice-Premier Xi Jinping.

These deepening relations have political implications. In the northwest Chinese province of Xinjiang, a separatist movement calls for an independent “East Turkestan” for the Turkic peoples who live there, including the Muslim Uighur people. Over 400,000 Uighurs live in Turkey. In December 1992, the East Turkestan National Conference was held in Istanbul, and the East Turkestan International Union Committee was subsequently established. On July 5, 2009, violence hit Xinjiang in which Uighurs clashed with Han Chinese, and more than 150 people from both groups were killed. The events provoked intense reactions from Turkey, including Erdogan describing the riots as “genocide.”[1] This in turn made China aware that Turkey is of great significance to China’s security and stability.

Turkey’s growing importance for China can been seen in Chinese academia. In recent years, an increased interest in Turkish studies in China’s most prestigious universities has been evident. Institutions such as Beijing University, Shanghai University, and Xinjiang University have set up centers for Turkish studies or have plans to do so.

While current Turkish governmental policy is of obvious interest, these programs also examine the historical relations between the two countries and often focus on the similarities between them. Located on the east and the west ends of the Asian continent, respectively, the Qing (1644-1911) and Ottoman (1301-1922) Empires underwent a dramatic political and social transformation in response to Western culture in the beginning of the twentieth century. Both tried to simulate the West; in Turkey, Mustafa Kemal Ataturk carried out wholesale Westernization and launched a radical secularist campaign that abolished the system of Shaykh al-Islam, revoked the Sharia, promoted the wearing of suits, and prohibited the hijab. In 1920s China, the May Fourth New Culture Movement, with the slogan of “Down with Confucianism,” attempted to shake off the fetters of traditionalism, as did the Cultural Revolution in the 1960s and 1970s. For Chinese scholars, the religious turn in contemporary Turkish society provides inspiration for research of traditional Chinese culture. Both Turkey and China were also affected by the Western concept of the “nation” or “nation state.” Ataturk was intent on building Turkey into a state in accordance with strict notions of the Western ideal. Similarly, Chinese revolutionary Sun Yat-sen put forth the famous slogan, “Expelling northern barbarians and reviving Chonghua, Han nationality.”

Today, both Turkey and China are confronted with ethno-national identity issues that are often faced by countries that have emulated the Western “nation.” Chinese academics are currently taking up questions that explore whether Western theories are universal and if they transplant easily to other countries. Because Turkey is often considered an example of a successful national transformation patterned after the West, Chinese academics are investigating how Turkish academics are handling theoretical questions related to this transformation.

As the United States readjusts its strategic focus to the Asia “pivot,” China is also beginning to (re)focus on its traditional “Go Westward” project, namely its close contact with Central Asia and Europe through the ancient Silk Road. This project will not only enhance China’s cooperation with the vast energy and mineral-rich Central Asian countries, opening up a new, more secure energy transportation route for China’s sustainable economic growth, but will create a new global market linking Central Asia, the Middle East, and Europe, reducing China’s costs for transportation of its goods. Meanwhile, the implementation of the project may revolutionize the imbalance between eastern and western regions and urban and rural areas by spurring more economic activity in the area. A more urbanized and developed western region would in turn foster a more stable society in which minorities would experience a strengthened national identity. Turkey is a vital part of this “Go Westward” project, and Chinese academics are beginning to study its role in it.

Chinese academia is also examining the consequences of the “Arab Spring,” namely the “Turkish model,” which many have touted as a system of government that incorporates political Islam successfully—unlike what has occurred in Egypt with the Muslim Brotherhood. This “Turkish model” is not new, however, as the Chinese looked to Turkey with interest throughout the twentieth century. For example, the newly-formed Chinese Communist Party was particularly concerned with the Turkish revolution. In 1922, Cai Hesen, editor-in-chief of The Guide Weekly, the first mouthpiece of the Communist Party, published an article entitled “Celebrating Turkish Nationalist Victory,” which argued that China’s future could be inferred from Turkey’s rise and fall. He praised Kemal as the greatest and most revolutionary spirit, “with a victory that not only saved tens of millions of oppressed Muslims in Turkey and the Near East, but also exemplified and impressed the oppressed in the world. Same as the Russian revolution, it is the victory that deserves a celebration.”[2]

The lure of Turkey for Chinese academics is the striking similarities between the two nations’ development. But up to the twenty-first century, there has been little direct contact between the two peoples. Both nations know each other primarily through a third party. Turkey receives news and information about China from British or other English media, and China also knows Turkey through international English-language news agencies. Now, both governments have committed to building direct communication between them. Turkey's “2012 Chinese Culture Year” and China’s “2013 Turkish Culture Year” are good attempts. However, further mutual trust must be built around more sophisticated mutual understanding. To this aim, both Chinese academics and Turkish academics should take on this task in order to provide and disseminate in-depth information about the two cultures’ shared experiences—in history and today. The recent growth of Sinology, or Chinese studies, in Turkish academia will also play a welcome part in this process.