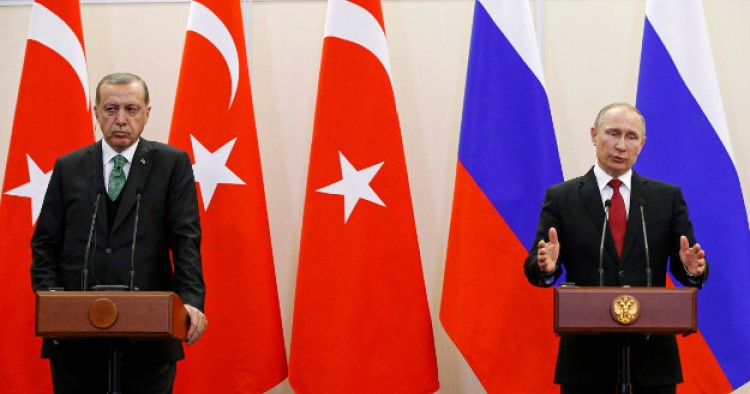 When Turkey welcomed Iranian Chief of General Staff Mohammad Bagheri to Ankara in mid-August, it was the first time since the Iranian revolution of 1979 that an Iranian official of his position had traveled abroad. In an equally surprising move, Ankara announced in August that it was preparing to host the Russian military chief, Valery Gerasimov, to discuss regional security. The vigor of Turkey’s outreach to Iran and Russia, two historic rivals, ought to raise eyebrows in President Donald Trump’s White House. It not only signals an important foreign policy shift, but is an indicator that Ankara has given up on Washington.

Back in November 2016, hopes ran high in Ankara that a United States under Trump would be good for Turkey. President Recep Tayyip Erdogan congratulated Trump on his presidential victory, notably saying that his election would mark a new era in U.S.-Turkish relations. At the time, Erdogan embraced a strong anti-Iran stance in an effort to woo the new U.S. president and demonstrate Ankara’s willingness to help contain Iranian power in the broader Middle East, but specifically in Syria.

In return, Turkey hoped that the United States would reduce its support for the Syrian Kurdish militia, the People’s Protection Units (YPG). To Ankara, the YPG is an existential threat to the future of the Turkish Republic since it is considered an offshoot of the Kurdistan Workers’ Party (PKK), a militant organization of Turkish Kurds that has battled Ankara for decades.