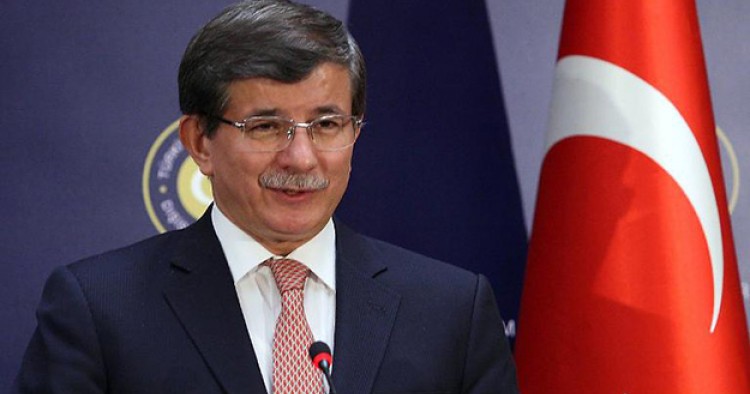 Turkish Foreign Minister Ahmet Davutoglu’s visit to Washington, D.C. last week came on the heels of a year of soul searching for Turkish foreign policy. After the Arab uprisings shook Turkey’s guiding principle of “zero problems with neighbors,” the country now seems intent on resuming the leadership role it enjoyed in the pre-Arab Spring Middle East.

Under “zero problems with neighbors,” the AKP government established economic and political alliances in the Middle East, forged strategic relationships with regional actors, took part in regional initiatives, and sought to play an active role in the resolution of regional conflicts. Turkey’s mediating role in regional conflicts won it favorable notice in the Arab world. For instance, Ankara’s efforts to break the isolation imposed on Syria and Iran by the United States were well received, contributing to Turkey’s image as an independent actor willing to defy Western powers if necessary.

All that changed with the Arab Spring. Particularly challenging has been the outbreak of the Syrian uprising, which has posed economic, political, and security challenges for Turkey. In an effort to address multiple threats sparked by the conflict, Turkey has sought a swift regime change in Syria.

Turkey’s Syria policy has strained its relations with its former allies, and its support for the Sunni-majority Syrian opposition has drawn criticism from the Shi`a in the region. The first blow to bilateral relations with Iran came in 2011 when Turkey agreed to station a NATO missile defense shield on its southern border, which undercut Iran’s ability to use its ballistic capabilities to deter invasion. Tensions increased when Ankara began sponsoring the Syrian opposition seeking Assad’s ouster.

The Syrian crisis has also dealt a blow to Ankara-Baghdad relations, which had already been severed due to Turkey’s energy deals with the Kurdistan Regional Government; its granting refuge to former Iraqi Vice President Tariq al-Hashimi, who was sentenced to death on terrorism charges; and Davutoglu’s visit to Kirkuk without the approval of Maliki. The two countries found themselves on opposite sides of the civil war in Syria when Turkey became an organizational hub for the Syrian opposition and Maliki allowed Iran to use its airspace to supply weapons to Assad.

Beyond these troubles with its immediate neighbors, Turkey is also experiencing a rift with the United States due to its disappointment with the U.S. retreat from military action against Syria. Reports that Turkey is turning a blind eye to weapons transfer from its territory to the al-Qa`ida-linked al-Nusra Front in Syria has driven a deeper wedge between the two allies. Fearful of another Iraqi scenario in which the dismantling of state institutions leads to instability and chaos, the U.S. administration has promoted a controlled transition to maintain the Syrian state apparatus and has proposed Geneva II talks to implement plans for a transitional government. Turkey, on the other hand, has been less than enthusiastic about Geneva II, which includes Assad.

Turkey and the United States also did not see eye to eye on Egypt. The United States fell short of designating the ouster and detention of Mohamed Morsi a "coup" and found itself vacillating between "cutting" and "reprogramming" its aid to Egypt. Turkey, for its part, became one of the fiercest critics of the Egyptian army's removal of Morsi, and led regional and international attempts to delegitimize the army-backed interim government and recalled its ambassador to Egypt.  But the last straw came when Turkish Prime Minister Recep Tayyip Erdogan claimed that Israel was behind the ouster. The United States responded with a "strong condemnation" of the "offensive" comments.

Other factors have added to the tension between Ankara and Washington. Turkey’s energy deal with the Kurdistan Regional Government raised eyebrows in Washington, which fears that closer energy ties between the two players might push Baghdad's Shi`i government closer toward Tehran and threaten Iraqi unity.

Turkey’s choice to acquire a Chinese air defense system has been the latest point of contention. Turkey recently announced that it would start contract talks with a Chinese firm—instead of rival U.S. and European firms. The Chinese firm violates U.S. sanctions under the Non-Proliferation Act, and U.S. officials voiced concern over Turkey’s selection.

Thus, in the face of rapidly changing regional dynamics over the past two and a half years, Turkey’s “zero problems with neighbors” policy has faced a myriad of troubles. But Turkey is now trying to revive this policy to restore its regional image as a non-sectarian actor and iron out its differences with the United States. To that end, it has recently made several overtures. Following up on the Iraqi foreign minister’s visit to Turkey in October, Davutoglu went to Baghdad to discuss a fresh start to relations. During his visit, Davutoglu held talks with Shi`i leaders and visited holy sites in an effort to undo Turkey’s image as a Sunni power pursuing a sectarian agenda.

Turkey also recently signaled a thaw in relations with Iran. The Iranian foreign minister paid a visit to Turkey in early November, and Davutoglu and Erdogan are scheduled to travel to Tehran soon. High-level diplomatic traffic is an apparent effort to turn a new page in bilateral relations. Though Iran and Turkey are still on opposite sides of the equation in regard to Syria, Turkey’s shift in tone vis-à-vis the Geneva II conference signals Turkey’s search for common ground on the issue. After meeting with Kerry last week, Davutoglu stated that Turkey’s goal is to ensure that the process leads “to a political transition with full executive power by a transitioning governing body.” Turkey seems to have resigned itself to the fact that political transition will involve Assad and that the Geneva II conference might be the only option to speed up that transition.

This volte-face also aligns Turkey with Obama’s Syria policy. U.S.-Turkey tension also seems to be waning now that Turkey has toned down its opposition to the military-backed interim government in Cairo as well as changed­­­ its stance on the Chinese air defense system. On July 24, Turkish President Abdullah Gül penned a letter to Egypt’s Interim President Adly Mansour, congratulating him on the country’s national day. By September, Turkey had sent its ambassador back to Egypt. And, the Turkish Defense Minister said last week that Turkey’s decision to buy a missile defense system from a Chinese company was not final and asked that other companies extend bids and offer improved terms.

Davutoglu’s recent visit to Washington came against the backdrop of Turkey’s recalibration of its regional policy. Judging by the joint statements of Kerry and Davutoglu, the two countries seem intent on putting a year of tension behind them. Yet Turkey’s efforts to patch up relations with its one-time allies, while welcome news, will ultimately be decided by regional dynamics. Indeed, despite Turkey’s recent efforts to normalize relations with Egypt, Egypt’s decision this past weekend to expel the Turkish ambassador, accusing Turkey of “supporting organizations bent on spreading instability,” demonstrates influences not under Turkey’s immediate control.