The UAE may have withdrawn from Yemen, but its influence remains strong 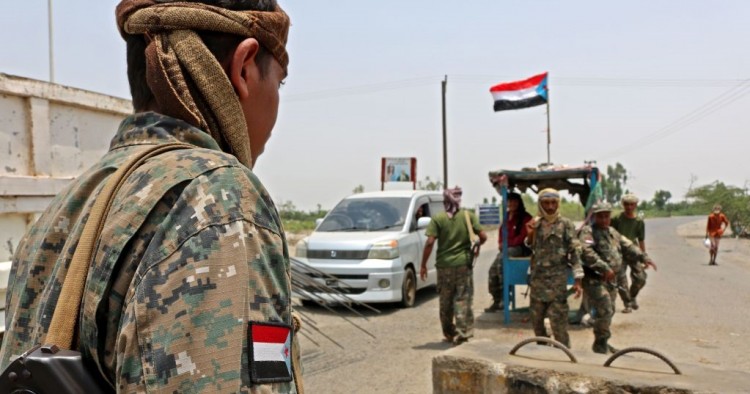 On Feb. 9, 2020, after five years of involvement in Yemen’s civil war as part of the Saudi-led coalition, the UAE’s leadership celebrated the completion of its phased military withdrawal from the country in a ceremony at Zayed Military City. With the December 2018 Stockholm Agreement constraining forces fighting for control of the port city of Hodeida and raising tensions in the Gulf, the prospects for a military end to the conflict dimmed substantially, calling into question the usefulness of the UAE’s continued presence. Although the UAE’s withdrawal has provided an exit strategy from the stalemate in Yemen, it neither suspends Abu Dhabi’s role in the coalition nor curtails Emirati influence on the ground. The bedrock of the UAE’s “Peace First” strategy is a switch from direct to indirect engagement in the country through increased reliance on local proxies and partners, as the deputy chief of staff of the UAE’s armed forces, Lt. Gen. Eisa Saif al-Mazrouei, recently reiterated.

Before its phased withdrawal strategy — initially introduced as a military drawdown in July 2019 — the UAE publicly and directly fought two primary enemies: first, the Houthis as part of the Arab coalition, and second, violent extremist groups, most notably al-Qaeda in the Arabian Peninsula (AQAP) and ISIS, with the U.S. On the first front, there is no doubt that the UAE’s engagement alongside Yemeni and coalition troops curbed the expansion of the Houthis in the southern and eastern governorates and, more importantly, through its operational command on a number of frontlines, helped to liberate Aden via Operation Golden Arrow in July 2015 and Mocha in January 2017 via Operation Golden Spear. These robust efforts have not only reduced the Houthis’ territorial control and curtailed their presence on the Red Sea and the Gulf of Aden, but they have also mitigated threats to maritime security.

In countering the second threat of violent extremism, the UAE pushed AQAP out of the port city of Mukalla in 2016 using a combination of peaceful and coercive tactics, and it also trained local units, most notably the Security Belt Forces (SBF), to carry out counterterrorism campaigns in, for instance, Abyan governorate in 2017. UAE-backed operations are ongoing, coupled with U.S. counterterrorism strikes in Yemen, which have fallen in recent years from 49 in 2017 to 9 in 2019. However, the absence of an effective Yemeni government, evident in the volatile security situation in the southern governorates (despite the conclusion of the Riyadh Agreement), suggests that the environment remains conducive for AQAP to resurge.

Interestingly, the UAE, according to al-Mazrouei, has also combated a third enemy: “the Muslim Brotherhood and their fifth column.” While this might not be surprising given the UAE’s well-known hostility toward political Islamist groups more broadly, and the Muslim Brotherhood in particular, the question is when such a motive became prominent. Most likely, the April 2016 appointment of Lt. Gen. Ali Mohsen al-Ahmar — who is widely perceived to be pro-Muslim Brotherhood — as the replacement for Vice President Khaled Mahfoudh Bahah, who was a consensus figure locally, regionally, and internationally, prompted the UAE to reassess its Yemen policy. The UAE did not intervene in Yemen to empower the Muslim Brotherhood and the local Islamist party Islah, nor is that something for which it would happily sacrifice its resources.

Instead of speeding up its withdrawal, the UAE strategically laid the groundwork for its indirect engagement, along the lines of Libya, by creating an array of counterbalancing local forces — including the Southern Transitional Council (STC) in May 2017. These forces weakened the rule of the Yemeni government in the liberated territories, diverted the coalition’s focus from fighting the Houthis to fighting the Houthis and Islah, and, consequently, created intra-coalition divisions as a result.

Five years on, the UAE has control over several non-state armed groups, thought to total around 90,000 fighters across the liberated territories, which it supports by providing direct training, capacity building, logistics assistance, and salaries. In the east, it has the Shabwani and Hadrami Elite Forces, and to the west it has the Joint Forces, including the Guards of the Republic, which brand themselves as the National Resistance. It has the SBF in the south and the Abu al-Abbas Fighters in the southwest. Most recently, the UN’s Yemen Panel of Experts’ 2020 report concluded that the UAE has had operational control of most of these groups since their establishment, although the Yemeni government has claimed otherwise. This is largely for two reasons: first, to prevent its contested legitimacy from being further eroded, and second, as a result of intricate intra-coalition bargaining dynamics that merit future examination.

By formalizing the STC as an active Yemeni player through the conclusion of the Riyadh Agreement, Abu Dhabi ensured that its southern proxy would have a legitimate role in the country’s future prior to completing its withdrawal. Fairly or unfairly, without forcing the government out of Aden after Hani Ali Salem Binbrek “initiated a conflict when he used force to remove what little authority the Government of Yemen held in Aden,” according to the same UN report, it is highly unlikely that this formalization would have occurred. Now that the agreement stipulates the inclusion of the STC in the Yemeni government, Abu Dhabi will likely retain its influence in the next Yemeni government, thus checking the influence of Islah and advancing its interests so long as its regional ally, Riyadh, does not object.

The UAE’s withdrawal has significant implications for the trajectories of both the conflict and the peace process. First, the UAE’s military withdrawal, coupled with the significant Sudanese drawdown from more than 15,000 to just over 650 personnel, will further isolate Saudi Arabia in Yemen, thus increasing the external pressure on the kingdom. It will also weaken the Saudi-led coalition not only in terms of resources, arms, and well-trained troops but it will also, as Michael Knights of the Washington Institute for Near East Policy has noted, degrade its operational capacity to wage effective military campaigns. This leaves Saudi Arabia with fewer options in Yemen: continue fighting to alter the balance of power despite clear intra-coalition divisions in what has become a protracted war; strengthen its counterpart, the Yemeni government, before negotiating peace with the Houthis; or push the government to conclude a fragile agreement with the rebels to secure a face-saving retreat. Regardless of how Riyadh chooses to proceed, Abu Dhabi has started the countdown to the coalition’s full-fledged military pullout.

Second, the Yemeni government has become more fragile not necessarily as a result of the UAE’s withdrawal per se, but primarily because of the inheritance Abu Dhabi left behind: local groups in possession of heavy weapons and mixed ambitions with contested territorial control. This limits the Yemeni government’s remit and its bargaining position in the forthcoming peace talks. With the STC-affiliated SBF assuming security control of the interim capital, Aden, the authority of President Abed Rabbo Mansour Hadi’s regime continues to erode, especially as the Saudi-brokered Riyadh Agreement has yet to materialize three months on. The implementation of the deal will remain a major challenge for Riyadh’s peace efforts.

Third, the Saudi-led coalition now officially has competing wings that are fighting different battles against several enemies, including each other, ultimately benefiting the Houthis. Drawing on its anti-Islah political rhetoric, STC-affiliated militants will likely continue targeting Islah and the Yemeni government given the Islamist party’s dominance, under either the banner of “counterterrorism” or under the guise of combatting “Islah influence,” in order to assuage the UAE’s concerns and expand territorial control in southern and eastern governorates. The west coast forces — especially those led by Brig. Gen. Tareq Saleh — may continue to fight the Houthis on several fronts, including alongside Yemeni government troops, with limited aerial cover, but they are unlikely to achieve significant territorial gains under the current conditions.

Fourth, Abu Dhabi is highly likely to continue counterterrorism engagement, in cooperation with the U.S. and local proxies on the ground, given that it, according to Mazrouei, has not officially suspended its membership in the coalition, for symbolic and security reasons. Given its counterterrorism partnership with the UAE in Yemen, this could present several major challenges for the U.S., including, first, controlling the politicized use of counterterrorism operations to counter Islah and its affiliates, and second, drawing clear lines between targeting Islah on the one hand and AQAP/ISIS on the other.

Fifth, the UAE will remain an important player in conflict resolution efforts, considering its close ties with the armed factions it supports across the liberated territories. While the UAE’s withdrawal will help to mollify its international critics and partly repair its damaged reputation, Abu Dhabi will retain significant influence with the STC, the political umbrella group bringing together several armed factions in the south. Depending on its priorities, the UAE can exert credible pressure on the STC to engage in the next round of UN-led peace talks either as part of the Yemeni government delegation or as an independent actor. If its intention is to contain political Islam, rather than reconfigure Yemen’s political map, the STC will likely seek to participate as part of the government’s delegation. The UAE also can instruct the STC to implement the Riyadh Agreement if supporting Saudi efforts in Yemen is a strategic goal.

Therefore, it is clear that the UAE’s withdrawal will not reduce its influence in Yemen for the foreseeable future. Abu Dhabi will continue be important to the trajectories of both the conflict and the peace process, especially given its patron-client relationship with the entities its sponsors — a dynamic that is itself unlikely to change in the short to medium term. While what comes next in Yemen is not yet clear, the UAE is likely to play an important role in whatever the next chapter brings.