The United States and Saudi Arabia: Challenges Ahead 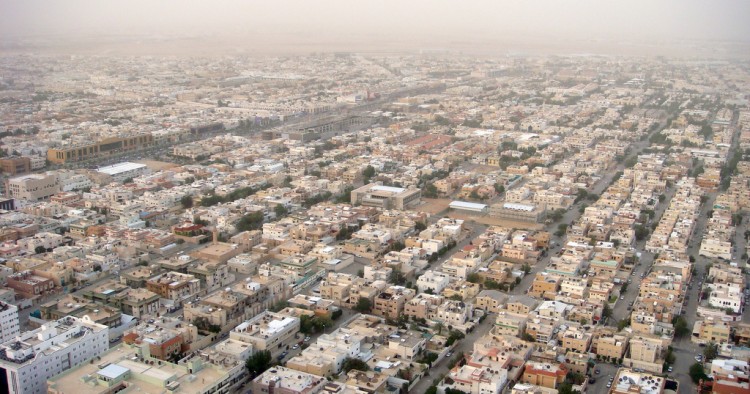 The Obama Administration confronts a vexing set of challenges across the greater Middle East, an area that stretches from Egypt in the west, Afghanistan and Pakistan in the east, Central Asia in the north and Yemen in the south. In the midst of this “arc of instability” sits Saudi Arabia, a long-standing partner whose relationship with the United States has been enduring but fraught.

That Saudi Arabia will play a role in shaping the future of the greater Middle East is not new. Both Democratic and Republican administrations, over time, have come to recognize the influence that the Kingdom exerts on the region. This was most clear in the period following the Soviet invasion of Afghanistan and the Iranian Revolution, which shifted the regional balance of power against US and Saudi interests. Throughout the 1980s, the two worked together, at first quietly, and then more visibly, to roll back Soviet aggression in Afghanistan and Iranian ventures throughout the Gulf and in Iraq. The United States and Saudi Arabia sided against Iraq, following the latter country’s invasion of Kuwait in 1990.

Although recent US administrations have been increasingly involved in the Middle East, and worked alongside the Kingdom, few of them have understood as early as the Obama Administration the centrality of the Middle East in general, and the importance of the Kingdom of Saudi Arabia in particular, for advancing American interests. President George W. Bush did not visit Saudi Arabia until the last year of his second term, and then he visited twice. President after President, administration after administration has come to office defining the Middle East as a second- or third-level priority, situated somewhere behind transatlantic or US-Asian relations. However, almost without fail, every recent American administration has realized that the future of peace and stability, and the advancement of American interests, requires a serious focus on the greater Middle East.

The Obama Administration is well ahead of its predecessors in engaging the greater Middle East. Given the challenges the United States now confronts, the administration was fast out-of-the-gate looking for ways to engage the region. Only three days after his inauguration, the President appointed Richard Holbrooke as Special Representative for Afghanistan and Pakistan and George Mitchell as special envoy for the Middle East, conveying a seriousness of purpose about engaging the region. Within a week of assuming office, President Obama gave his first interview to the foreign press and chose the Arab station al-Arabiya as his preferred outlet. This decision was celebrated across the Arab world.

Also early in his presidency, President Obama reached out directly to Saudi Arabia. In his al-Arabiya interview, the President referred to King ‘Abdullah’s contributions to the peace process as “courageous.” In April 2009, the President met with King ‘Abdullah of Saudi Arabia at a G-20 meeting, and then traveled to Riyadh, “the place where Islam began,” a few weeks later, prior to his highly visible address in Cairo. In April 2009, at a conference on US-Saudi relations, Ambassador William J. Burns, the Under Secretary of State for Political Affairs, stated clearly that “few countries in the world today matter more to American interests than Saudi Arabia.” The greater Middle East in general and Saudi Arabia in particular is receiving considerable attention from this Administration.

The reasons for this are clear. Saudi Arabia is involved in, or has influence over, countries and issues that are foremost on Obama’s global agenda. These include:

• Afghanistan and Pakistan: President Obama campaigned on the argument that Iraq was the wrong war, and Afghanistan the right one. The President has empowered a new team to try to win back territory from the Taliban, and cut off the assistance it has been receiving across the Pakistan border. Riyadh has long-standing ties to both countries, and particularly close ties with Pakistan’s defense community, and parts of its leadership.

• Iran: Iran’s nuclear program is a key concern for the Obama Administration. Although the Saudi leadership is also focused on Iran’s nuclear program, it is Iran’s more general hegemonic ambitions that occupies Saudi decision-makers. One senior Saudi recently confided that Iran “feels it has been kept away from the leadership role that it deserves. These feelings in such an important country are dangerous.” Saudi leaders have been exploring arrangements with China and Russia that, in the future, could increase its leverage over the Islamic Republic.

• Iraq: One of the President’s first foreign policy decisions was to not only continue but also accelerate the drawdown of US troops in Iraq. Riyadh has close ties to many within Iraq’s Sunni community and is concerned that a premature withdrawal will result in increased chaos.

• Peace Process: The Obama Administration is investing significant political capital early in its tenure to restore stability and confidence within the Palestinian leadership, between that leadership and Israel, and among Israel and its neighbors. At the same time, the Saudis have been encouraging reconciliation between the Palestinian Authority and Hamas, an effort that has limited US support.

• Counterterrorism: Terrorism is a global challenge and Saudi Arabia has an important role to play. Al-Qa‘ida is largely financed by monies from individuals in, or passing through, the Gulf states. Disenchanted Saudis have surfaced in Iraq and elsewhere in meaningful numbers. The US administration is closely involved with some of Saudi Arabia’s counterterrorism efforts, and is watching carefully a rehabilitation program that has been introduced in Saudi prisons.

• Engaging the Muslim world: President Obama’s speech in Cairo, and his prior speech in Ankara, made it clear that he viewed the precipitous drop in public opinion in the Muslim world toward the United States as a strategic threat. The home of Mecca and Medina, Saudi Arabia has a unique platform from which it can speak to and for the broader Muslim world.

• Stable Oil Markets: The global economy will remain dependent on fossil fuel for the foreseeable future. Sitting astride one-quarter of the world’s proven oil resources, Saudi Arabia plays a key role in pricing and the global energy market.

For the most part, Saudi Arabia and the United States define the regional challenges similarly, although Saudi Arabia’s list would also include Yemen and Iran’s involvement there as a major foreign policy challenge. The geopolitical lens that Riyadh and Washington share goes a long way toward explaining why the relationship has endured for so long. The Saudi list of concerns is, and has long been, similar to that of the United States.

Nevertheless, Riyadh and Washington differ, often widely, on preferred strategies. For example, Riyadh was not supportive of the American decision to significantly reduce forces in Iraq, believing that the decision was premature and would contribute to further chaos. At the same time, Riyadh is deeply concerned about the American decision to surge forces into Afghanistan. The Saudi regime also has been quite vocal in its critique of the administration’s approach toward the Israelis and Palestinians.

This gap between preferred approaches to the region has become more pronounced in recent years, and represents one of the Obama Administration’s greatest challenges. As far as Riyadh is concerned, past American policy has increased instability in Iraq and Afghanistan, empowered Iran throughout the region, and has resulted in religious parties coming to power through local elections in Palestine, an outcome Riyadh did not welcome.

In private conversations, influential Saudis make clear that they believe that increasing US forces in Afghanistan will only result in more death and further instability. On the Administration’s Palestinian policy, Foreign Minister Saud al-Faysal made abundantly clear that the Kingdom did not support the administration’s approach. Sitting beside US Secretary of State Hillary Clinton, the Saudi Foreign Minister unleashed a hard-hitting critique that caused the press corps to acknowledge “the foreign minister’s very strong opposition,” and that “the differences between the United States and Saudi Arabia are fundamental on this issue.”

As it continues to work through its broad, and at times conflicting interests in the greater Middle East, Washington will need to spend considerable time working through how to better align US and Saudi approaches to this important region. US decision-makers will need to identify priorities and begin developing a strategic framework for moving forward. The Obama Administration has made a strong start in reaching out early to the region in general and to the Kingdom in particular. But after years of frustration, the Saudis have lost confidence in American leadership abilities, and this is a reality that the Obama Administration must acknowledge and manage. The relationship is strained and has reached yet another juncture where serious realignment is necessary. Future progress toward peace and stability in the region depends upon it.