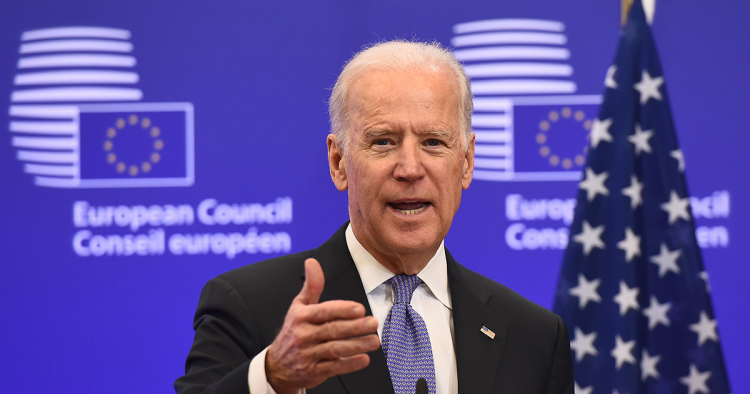 This article is part of MEI's series on the Biden Transition.

Throughout Donald Trump’s presidency, American foreign policy in the Middle East diverged significantly from that of Europe, prompting a period of tensions not seen since the 2003 Iraq war, when President George W. Bush divided European allies into those who supported the U.S. and those who were critical. Trump’s tenure did not force such a divide between European partners, but his actions and policies toward the Middle East have nevertheless caused controversy on the old continent. It therefore comes as no surprise that most European leaders have welcomed Joe Biden’s election with great expectations. For Europe, the Middle East is an immediate neighbor; for the U.S, by contrast, it is an important but relatively distant region of the world. With that in mind, the Biden administration should take Europe into account when taking any action in the Middle East.

The leaders of EU institutions and most of its member states are undoubtedly counting on a general improvement in transatlantic relations under Biden, but also on a fresh start for policy in the Middle East. The president-elect can expect to be trusted in Europe, even before his administration’s foreign policy approach becomes clear. The reason for this is prosaic. President Trump, when making key decisions on Middle East policy, not only did not consider the positions and interests of his European partners, but openly disregarded them. This was made evident when, for example, the U.S. withdrew from the Iran nuclear deal, moved its embassy from Tel Aviv to Jerusalem, drew down its forces in Syria, and became clearly biased in favor of Israel to the detriment of the Palestinians. Biden is expected to take a different approach to these issues, however, and his objectives and policies are likely to be closer in line with those of Europe and the European Union.

Key issues in the Middle East

The most important issue dividing the EU and the U.S. when it comes to the Middle East is Iran, and Brussels is keen to see Washington renew dialogue with Tehran with the goal of recommitting to the Obama-era Joint Comprehensive Plan of Action (JCPOA). Trump not only withdrew the U.S. from this agreement, but also introduced new sanctions against Iran, devastating Iranian enterprises and hurting their partners in Europe as well. European investors and companies lost billions of dollars in canceled trade deals as a result. Leaders of some European countries, including France and Germany, shifted from a position of supporting the United States to openly criticizing Washington, and even began developing ways to bypass Trump’s sanctions. INSTEX, a vehicle aimed at facilitating trade with Iran developed by France, Germany, and the United Kingdom, serves as the best example of this. If Biden returns to the JCPOA agreement or opens fresh negotiations with Iranian authorities, the EU will certainly support it.

The Israel-Palestine conflict is another major point of contention between the outgoing U.S. administration and the EU. The U.S.-led conference on Middle East “peace and security” in Warsaw, held in February 2019, was in practice aimed at Iran, in line with Israeli interests, and was thus boycotted by key European allies. Biden’s policy toward Israel will certainly not be so submissive, and Prime Minister Benjamin Netanyahu will likely have to once again contend with American conditions and mediation before he can act decisively against the Palestinians or political opponents. In addition, the president-elect, like the European Union, may attempt to revive the two-state solution to the Israeli-Palestinian conflict.

The new U.S. administration should also coordinate its actions with the Europeans regarding the peaceful settlement of the conflicts in Syria and Yemen. These initiatives, if undertaken, will require wider cooperation and consideration of the positions of Russia, China, and Iran. However, the United States and the EU should do everything possible to take the same position and speak with one voice in any peace initiative. Both sides should also increase humanitarian aid to refugees and internally displaced people.

A reset in relations

Most European leaders have grown tired of the way the Trump administration conducts regional policy. Both sides have grown apart on many key issues, so there is an urgent need for a new beginning and a reset in the EU-U.S. relationship. Closer cooperation and better coordination between the European Union and the United States in the Middle East could lead to a breakthrough on several key issues, such as the Iranian nuclear program, the Israeli-Palestinian conflict, and the ongoing wars in Syria and Yemen. Past experience, such as the signing of the JCPOA agreement in 2015 or the decisive actions taken against ISIS, shows that by acting together, Europeans and Americans can still achieve more than they can by acting alone.

The election of Biden has given EU officials reason to believe that in 2021, European and American interests in the Middle East will once again converge, recalling the hopes with which Europe welcomed the election of Barack Obama in 2008 and its support for his policies toward Europe and the Middle East. Now Europeans are counting on another positive change and the restoration of transatlantic unity, both more broadly as well as in regard to Middle East policy.