US sanctions hurt Syrian civilians — they need to be worth it 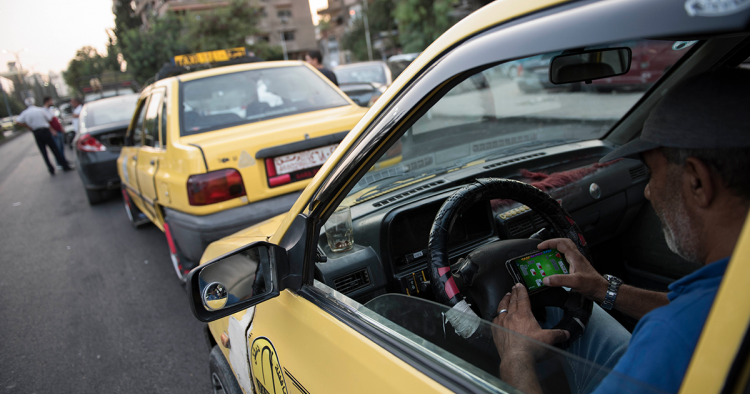 On June 17, 2020, the U.S. State Department’s special envoy to Syria, Joel Rayburn, announced the beginning of the “summer of Caesar,” promising a wave of sanctions designations under the newly activated Caesar Syria Civilian Protection Act.

Summer has come and gone, but there’s little to show for it. To date, only four individuals1 — all of whom were already under EU sanctions — and nine entities have been designated under the act.

The sparing use of the Caesar Act has not lived up to the Trump administration’s messaging, nor the excitement generated among Syria advocates, who saw the passage of the act as the U.S. finally taking action against the crimes of the Assad regime, nearly a decade after the first barrel bomb was dropped.

The intense focus on the Caesar Act has also sucked the air out of the U.S. Syria policymaking community. More pressingly, its shoddy implementation points to deeper problems with U.S. Syria sanctions as a whole.

Its current implementation is contributing to human suffering without motivating positive behavioral changes on the part of the regime. To remedy these harms, the limits of the Caesar Act need to be clarified, and more generally, concrete changes must be made to U.S. sanctions and Syria policy.

How does the Caesar Act differ from previous sanctions?

The act applies sanctions that are “essentially the same as previous ones in terms of their impacts,” according to Ibrahim Olabi, the executive director of the Syrian Legal Development Programme. There is nothing in the act that makes it more “targeted” than other sanctions packages, as some have claimed.

While the sanctions are not more targeted, the legislation has two operational features that distinguish it from previous Syria sanctions.

First, the Caesar Act is a law passed by Congress. The previous post-2011 sanctions on Syria were applied via executive order. Sanction designations made under executive orders give the U.S. government more flexibility to delist actors. By contrast, designations under the Caesar Act are much more difficult to remove. To get off the sanctions list, designees could have to stand trial for the war crimes for which they had been sanctioned.

Though the U.S. added dozens of Syrians to its sanctions list this summer, the majority were not designated under the Caesar Act. This trend creates a significant discrepancy with the Trump administration’s stated approach to dealing with the Syrian regime.

The Caesar Act can be used as a clear messaging tool that the U.S. is less willing to negotiate with certain individuals, given that delisting those sanctioned under the act is harder than under an executive order. By contrast, individuals can also be targeted under executive orders to show flexibility and a possibility for future negotiation, creating an incentive to change their behavior. As current sanctions strategy stands, however, it is unclear if designees can tell the various sanctions apart or are aware of how to be delisted.

Further complicating the messaging around sanctions, the actual criteria for selecting designees for both Caesar and other Syria sanction regimes remains vague. For example, why was Karram al-Assad, who leads a small group of shabiha (pro-government militia), sanctioned instead of Samer Kamal al-Assad, who is involved with transnational drug smuggling and is a major financier of the regime? What is the significance of sanctioning Hafez al-Assad ­— Bashar al-Assad’s 19-year-old son — instead of other, more senior members of the regime? Why was Sumiaya Hamsho targeted by the recent wave of sanctions even though she is affiliated with the opposition and is mainly occupied with running her architecture firm in Qatar? And why was she quietly removed from the list some days later?

Without a clear explanation as to what specifically earns individuals a spot on the sanctions list, it is harder to make the argument that sanctions are meant to motivate a change in behavior.

Finally, though the Caesar Act strengthens the administration’s ability to impose secondary sanctions, no one has been sanctioned under the act yet.

While the messaging to those being sanctioned has been unclear, one of the strongest effects of the Caesar Act was public signaling that the U.S. would not allow foreign investment in Syria’s reconstruction. Though not as grandiose and direct as releasing a list of newly sanctioned individuals, the standing threat of secondary sanctions quietly deters companies from signing new contracts to cash in on Syria’s waiting redevelopment projects.

However, if the U.S. does not follow through on imposing secondary sanctions — a mechanism designed to scare off foreign investors — Washington risks losing the deterrent power of the Caesar Act.

Why would the Syrian regime bow to pressure?

The Caesar Act’s passage was the culmination of years of advocacy from Syrian-American groups, and it was seen as a moral victory against the brutality of the Assad regime.

Central to the legislation is the creation of accountability where there is currently impunity. The act is primarily concerned with bringing the perpetrators of war crimes to justice, and to a lesser extent, motivating the regime to change its behavior.

In order to have the sanctions lifted, the government of Syria needs to — among other things — “establish meaningful accountability for perpetrators of war crimes.” Doing so would be existential for Damascus, as it would implicate most of the regime and its surrounding oligarchy in said war crimes.

In this sense, the Caesar Act sanctions are primarily punitive in nature, and create little incentive for designees to change their behavior. Why would a high-ranking member of the regime trade their privilege and riches for a jail cell? If sanctions are the stick, where are the carrots?

This lack of incentives is clear in how some designees, such as Wassim Qattan, have responded — by expressing pride after being listed. In the minds of regime affiliates, being sanctioned confirms one’s loyalty and helps solidify their position within the regime.

By themselves, sanctions are unlikely to “crack the regime.” Sanctions can be an effective tool; however, they are just that. A tool is meant to be one of many in a toolbox, not a standalone replacement for policy.

Are the sanctions worth it?

Despite what Damascus has trumpeted for the past few years, it is clear that sanctions are not the root cause of Syria’s economic woes. Its profoundly corrupt political system, decade-long war, and the financial crisis in neighboring Lebanon have all done greater harm than sanctions ever could.

Still, it is naive to claim that sanctions do not harm civilians. Most studies suggest it is only the magnitude of the harm that is in question. A recent report from the U.N. Economic and Social Commission for Western Asia highlighted the various channels through which the sanctions affect civilians, stating that, “Blanket economic sanctions have negatively affected the economy and had an impact on ordinary people, diminishing the capacity to fulfill basic needs and meet urgent humanitarian concerns.”

In addition, as U.S. Special Representative to Syria James Jeffery said in June, U.S. sanctions have contributed to the collapse of the Syrian pound. In just one year, the currency has lost 70 percent of its value, and exchange rate depreciation hurts every Syrian resident. All imports become more expensive — bullets and medicine alike.

Theoretically, the short-term pain for civilians could be worth it in the long term if the Syrian regime stops committing human rights abuses and is held to account. The alternative scenario, where Assad stays in power indefinitely, is undoubtedly worse.

But none of that will be of any use without a wider, more holistic Syria policy. In the absence of a coherent U.S. policy and given a complete lack of strategic vision on both sanctions and Syria, the Caesar Act might not only fail to achieve its goals, but may even end up harming Syrian civilians more than anyone else, the very people it aims to help.

Karam Shaar is a Non-Resident Scholar at the Middle East Institute and a Senior Economic Analyst in New Zealand’s public sector. He holds a PhD in Economics. William Christou is an Amman-based journalist covering the politics of the Levant and the Mediterranean. The views expressed in this piece are their own.