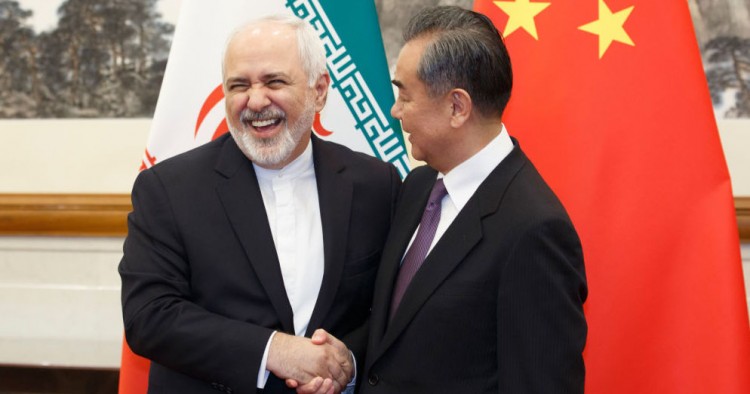 Of all the dilemmas the United States faces in the Middle East, none is more vexing and consequential for U.S. strategic interests than China’s increasing presence and influence in that part of the world.

Of course, the dual challenges of Iran and terrorism obligate us to engage in hard and delicate balancing acts, too. The first calls on us to stop the Islamic regime from threatening, assaulting, and destabilizing our regional partners, and in a way that doesn’t bring about another open-ended war in the region. The second requires us to further push our Arab friends to reform and commit to addressing the root causes of violent extremism, though without alienating them or leading them to reduce their security cooperation with us, which we cannot afford.

Even harder for Washington will be figuring out how to deal with China in the Middle East, now and for years to come. But our leaders must, because China will affect our future plans and position in the region more profoundly and persistently than any other adversary.

Our predicament with Beijing has less to do with any security threat it might pose to U.S. interests in the region. Indeed, there is little reason for us to be overly concerned about China’s military footprint, which is modest and no match to the sizeable and powerful forces and assets the United States has deployed in the region. Although the People’s Liberation Army, or PLA, has had a nearly continuous naval presence mostly in the Gulf of Aden for over a decade to conduct routine naval and counterpiracy operations in the region, it is relatively small. China also has a single naval base in the Horn of Africa in Djibouti, compared to our dozens of military bases and facilities across the region. Sure, Beijing’s posture might grow in the future given its aspirations to gain a firm, strategic foothold near the critical chokepoints between the Horn of Africa and the Middle East – aspirations it will continue to support through its aggressive modernization of its armed forces. However, it is hard to envision the Chinese committing a much larger amount of military capabilities and resources to a region that is so far away from home and their core East Asian sphere of influence.

Read more on Defense One

Technology and Youth Drive the Future of Work in MENA

Telecommunications Trends in the Middle East

The Future of FinTech in the Middle East: Trends that are Here to Stay