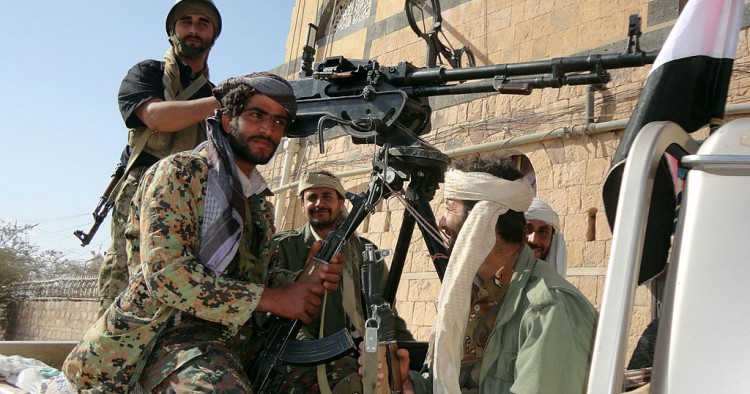 According to several anonymous American intelligence officials, Osama bin Laden’s favorite son, Hamza, has been killed. Information on when (sometime in the past two years), how (possibly an air strike), where (likely in Afghanistan), and by whom (involving America) remains unclear. According to some Afghan sources, Hamza had allegedly been spending time in Afghanistan’s northeastern Kunar Province in January 2019, in the Shultan Valley, where he was residing with a Lashkar-e-Taiba commander known as “Mawyaa.” According to Hamza himself, one of his sons was “martyred” in a possible airstrike in Afghanistan in 2017, so Hamza was clearly being tracked, presumably by those who finally killed him.

Ever since his emergence in August 2015, Hamza bin Laden was perceived by many as being positioned to take over from Ayman al-Zawahiri as al-Qaeda’s global leader. Al-Qaeda itself declared that Hamza was “a young lion” who would “carry forward the cause.” But beyond assumptions made primarily in West, it was never clear whether Hamza truly was Zawahiri’s inevitable successor. In fact, his messages rarely attracted the level of attention or excitement that al-Qaeda might have wished.

When al-Qaeda introduced Hamza’s voice to the world in the summer of 2015, the group was in the midst of one of its most challenging periods yet. The explosive rise of ISIS in Syria and Iraq, its proclamation of a “caliphate,” and rapid expansion across the world challenged — and arguably overturned — al-Qaeda’s position of primacy as the global leader of militant jihad. Meanwhile, Zawahiri appeared to be increasingly disconnected from global events and distant from his affiliates in Syria, Yemen, North Africa, and beyond, most of which were pursuing strategies that further distanced them from al-Qaeda’s central brand. Therefore, the timing of Hamza’s emergence was no coincidence. As a bin Laden, he was undoubtedly meant to re-unite and re-energize al-Qaeda’s global movement at a time of unprecedented challenge.

But Hamza was not a veteran of the jihad. He had never fought in a war or commanded soldiers on a battlefield. His claim to authority was based solely on his name. And with time, that did not appear to be enough. His sudden introduction to the world reflected al-Qaeda’s vulnerable state, not its continued strength. And Hamza’s failure to rise to fame underlined just how detached al-Qaeda’s central leadership had become within the group’s active theaters of battle. When compared to Osama bin Laden, Abu Musab al-Zarqawi, or Abu Bakr al-Baghdadi, Zawahiri is an extraordinarily uncharismatic individual, whose lengthy speeches come across more like a university lecture from an ageing and bookish professor than a commander-in-chief leading a global army.

With the defeat earlier this year of ISIS’s territorial caliphate in Syria and Iraq, al-Qaeda has an opportunity to regain some of the influence it has lost in recent years. But with Hamza’s death and Zawahiri at the helm, al-Qaeda has lost its last bin Laden and retained its uninspiring leader, who is reportedly also in bad health. Going forward, Zawahiri and his two deputies in Iran — Sayf al-Adel and Abdullah Ahmed Abdullah — will need to redefine what al-Qaeda represents today and re-establish an effective and efficient channel of command and control, if they have any hope of continuing to steer a united and cohesive international movement.

For now, the trajectory of al-Qaeda is one of decentralization. This is not an encouraging development either. Violent extremist organizations that are less restrained by distant and disconnected leaders have a history of embedding more deeply and sustainably within localized conflict dynamics. That strategy of “localism” has encouraged al-Qaeda affiliates to adapt and evolve in ways that challenge the traditional assumptions of al-Qaeda’s identity and more importantly, pose serious and unprecedented challenges to al-Qaeda’s enemies.

In Syria, Hayat Tahrir al-Sham devolves considerable power to a technocratic government; runs periodic elections for local councils; engages — albeit delicately — with international diplomatic initiatives; and seeks to establish political dialogue with foreign governments, including in the West. Al-Qaeda in the Islamic Maghreb, meanwhile, has embraced a public policy of only supporting peaceful protests in Algeria, while fighting wars in some of Algeria’s neighbors. In Yemen, al-Qaeda in the Arabian Peninsula has teamed up within tribal alliances to fight the Houthis, while simultaneously declaring war on ISIS. This does not reflect a moderation of al-Qaeda — these movements remain as extreme as ever — but it does illustrate greater political maturity.

How does the West confront an al-Qaeda affiliate whose fighters work with mainstream elements of society and whose energies are dedicated to some of the very same fights that Western governments unofficially support — like in Yemen? How do regional governments combat an al-Qaeda affiliate which, to at least some people within its midst, appears to be doing more to protect civilians from repression and brutality than the regional governments themselves — like in Syria? And how does any government challenge an al-Qaeda affiliate whose public position is to support peaceful protests? These are the dilemmas that our governments are just beginning to face now and which may come to dominate in the future. The threats posed by al-Qaeda’s fighters are just as significant as they have ever been and they must be countered with determination. But our responses to those threats will need to be far more intelligent and grounded in local truths than ever before.