When it Comes to Israeli Occupation, Better is Not Good Enough 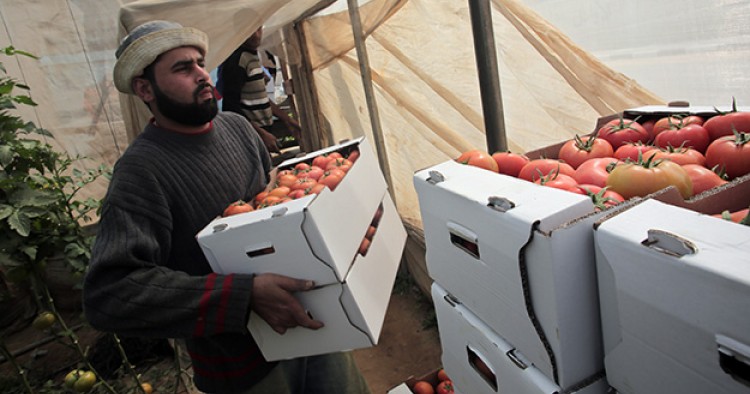 Palestinians, beset by calamities at every turn, have all but ceased to think about their indeterminate prospects for independence and freedom. This dismal state of affairs suits Israel's newly reelected Prime Minister Benjamin Netanyahu fine. His opposition to a sovereign Palestinian state, broadcast in word and deed, leaves little room for doubt.

The bar has been set so low that all concerned are searching for any shred of evidence that merely hints at better times for Palestinians, who have now lived under Israeli rule for almost a half century.

The moderation of Israel's occupation policies evidenced in some recent policy changes, however welcome, does not herald a material change in Israeli policy, or even a return to the "benevolent occupation" of the first decades of Israeli rule. In fact, the opposite is closer to the mark.

The policy modifications represent instead Israel’s dynamic, tactical flexibility as it uses the trappings of a kinder and gentler occupation to continue its single-minded pursuit of territorial expansion. For decades, through just this type of agile fine-tuning of occupation policy, Israeli leaders have successfully frustrated efforts by Palestinians—via diplomacy, terror, nonviolence, or war—to end the occupation.

Netanyahu's latest efforts to ease restrictions do not begin to equal the defining elements of what the New York Times long ago described as Israel's "benevolent occupation."

Palestinians can be forgiven their longing for what Raymonda Tawil described to me in 2002 without irony as the "golden years of occupation" in the decades before the first intifada in 1987. Tawil is best remembered as the outspoken journalist whose 1979 memoir, My Home, My Prison, depicted the occupation as unbearable—thus offering an eloquent challenge to the myth of a far more benevolent occupation than the one now being endured.

Sitting one night in a deserted Gaza restaurant, famed for its seaside weddings featuring bride and groom posed against a glittering Mediterranean background, Raymonda recalled a lost world—one in which movement between the West Bank and all of Israel was free and unimpeded; in which Palestinians could work and travel in their own vehicles; and in which, instead of the monstrous checkpoint at Erez, not even a sign marked the border between Gaza and Israel.

And yet none of Israel's recent actions challenge the two interlocking foundations of Israeli occupation policy since June 1967: strategic security control over the entire area between the Jordan River and the Mediterranean Sea, and untrammeled settlement throughout the area, defined since the Oslo Accords of 1993 as Area C, comprising 61 percent of the West Bank. Outgoing EU representative John Gatt-Rutter recently acknowledged the obvious when he noted that "without this area, the two state solution—that we have invested in for years—will be impossible."

Further, measures aimed at "reducing the pressure" upon Palestinians that fall well short of "exploding political landmines" fit seamlessly with Netanyahu’s opposition to an independent Palestine in the West Bank and the Gaza Strip.

The choice between a “benevolent” occupation and the penury that draconian Israeli restrictions impose on Palestinians today is a false one. Recent Israeli actions may signify a slightly new and improved occupation, but it nonetheless remains—and has always been—an occupation. One more Palestinian police station, easier access for some Palestinians to Jerusalem, and a few more vegetables from Gaza gracing Israeli tables may be reason for some feeble cheer. But these steps betray nothing positive about Israel's intentions, which remain opposed to authentic Palestinian sovereignty and committed to territorial expansion at Palestinian expense.