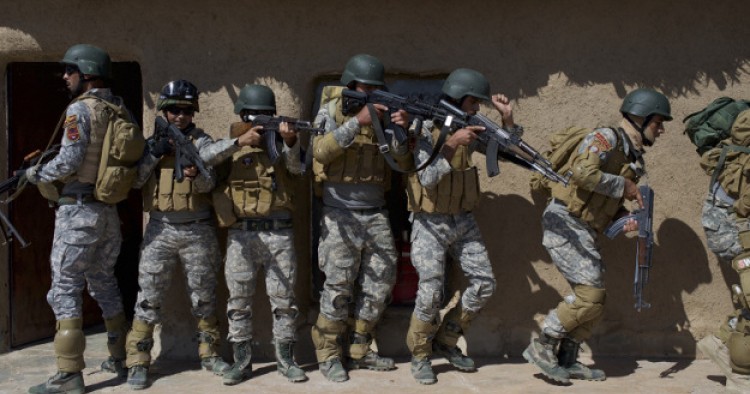 This piece was origionally published by RealClear World.

In an ideal world, the ousting of a militant group that has openly committed genocide and engaged in ethnic and religious cleansing ought to be followed by an affirmation of national unity. This sadly is not the case in Iraq’s war-torn Nineveh province.

Many communities victimized by the Islamic State group are now pondering their fate and their place in the Iraq that will follow the liberation of Nineveh, the last Iraqi province held by the terrorist organization. Yazidis, Christians, and Shiite Turkmen generally agree that new administrative arrangements should offer each group a degree of autonomy while recognizing their primacy on the territory they claim. Three questions remain open, however, once the discussion moves from the general to the specific: What would be the geographic extent of the territory? What administrative shape will it take, and how much autonomy might it possess? Finally, which government would claim its allegiance -- the central government in Baghdad, or the Kurdistan Regional Government (KRG) in Erbil?

Nineveh is the heartland of historical Northern Mesopotamia. Its ethnic, linguistic, religious, and cultural diversity is the product of centuries of conquests, trade, migration, displacement, and fusion. Competing narratives highlighting the entitlement of the many communities of the region were built upon history remembered, discovered, and imagined, and have co-existed throughout the past century. The recent sequence of tragedies afflicting the region, however, has polarized the narratives and nudged them toward calls for separation.

The Yazidi self-image is one of fierce independence and defiance. Yet it has also been one of proud Iraqi patriotism. A sense of betrayal haunts many in the Yazidi community as a result of the deplorably inadequate reaction from their fellow Iraqis (as well as the rest of the world) toward the abject genocide, enslavement, and rape committed against them by ISIS. Yazidi anger also extends to Kurdish Peshmerga forces amid disputed accusations of abandonment in the course of the ISIS attack. The support accorded by Yazidi militants to the Kurdistan Workers’ Party, or PKK -- the Kurdish secessionist militia operating in southeastern Turkey -- reflects a reluctance to align solely with the Kurdish government in Erbil. The grassroots militants’ balancing act between the PKK and the Peshmerga is mirrored at a higher level by an attempt on the part of prominent Yazidi political and cultural figures to maintain parallel relations with Baghdad and Erbil. A yet to be delineated Yazidi-dominated province with the town of Sinjar as its capital is anticipated; and while the KRG would endeavor to strengthen its influence in Sinjar over time, the initial arrangement will likely shape the province as a Baghdad dependency.

Baghdad can also be confident of the allegiance of a Shiite-Turkmen-majority province that has been proposed with the city of Tal Afar as its capital. True to its claim of not discriminating on the basis of ethnic background, the Islamic State subjected Shiite Turkmen to the same treatment it meted out to Shiite Arabs: decimation of the population, obliteration of religious shrines, and dispossession of all property. Having taken refuge in the Iraqi Shia heartland, many Turkmen militants are back in Nineveh as part of the Popular Mobilization Units, or PMUs, which are dominated by Iranian-backed Shiite militias. While the participation of the PMUs in the battle of Mosul is controversial and opposed by many Sunni political and tribal leaders, Tal Afar and adjoining areas have already been assigned to these Shiite forces as their area of operations in the anti-ISIS effort. The putative province that will emerge in the aftermath of the battle will be an unprecedented Shiite administrative entity away from the contiguous Shia provinces in central and southern Iraq. The religious character of this territory, in contrast to an ethnic Turkmen one, may be enhanced through its extension to include the Shabak minority, a Kurdish-speaking Shiite heterodox sect. This province can be expected to be a significant asset for Baghdad in its efforts to complicate the demands for the creation of a Sunni federal region. It should also help the central government curb any KRG irredentism in the soon-to-be former Nineveh province.

Erbil can be expected to mount a vigorous defense of its interests in trying to adjust the claims and desires for a Christian enclave. While comprising a number of sects who observe different rites and stem from different historical and ethnic backgrounds, the Christians of Iraq are united in being a vulnerable population that has suffered severe attrition since the fall of Saddam Hussein. The Christians of Mosul, dispossessed and expelled from the city as an act of “grace” by ISIS, exemplify the existential plight faced by all Iraqi Christians. There seems to be little place to accommodate Christians amid the competing claims of stronger parties. This applies in particular to the Nineveh Plain region, east of Mosul, with its slim Christian plurality. Kurdish leaders, who claim this territory as being within their purview, would be willing to recognize a special Christian status within Nineveh so long as its inhabitants declare their loyalty to Erbil, and not Baghdad. Indeed, both Erbil and Baghdad are well positioned through Christian allies and proxies for an impending competition.

The aspirations of the Nineveh minorities are elements in the tug of war between Baghdad and Erbil, expected to flare up as the battle of Mosul unfolds. The agency shaping the trajectory of events, however, is not limited to Baghdad, Erbil, and the embattled communities. Iraqi Sunnis remain a distinct majority in the province. The disarray that has been inflicted on them may have muted the expression of their interests, but the price of ignoring these interests would be the seeding of certain future conflicts over Nineveh. This would be terrible news for nearly everyone involved, and welcome news for a wounded Islamic State.