Whose “Call for Tunisia?” 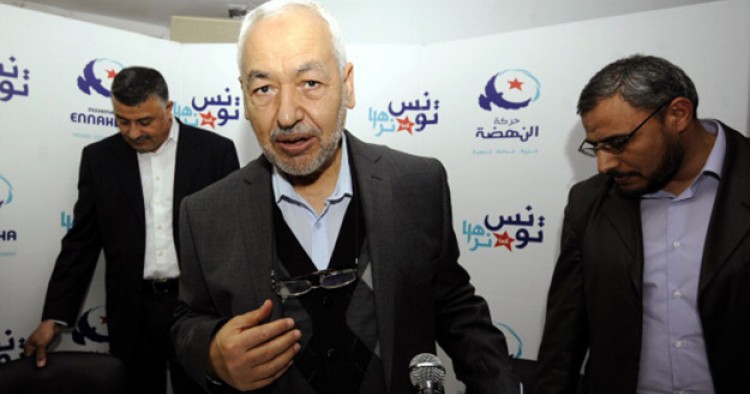 The rise of the Nidaa Tounes (Call for Tunisia) Party has lifted the hopes of many Tunisians who hold Ennahda, the ruling Islamist party, responsible for the increase in religiously-motivated violence and suspect it of trying to establish a theocracy. Yet a closer look at the platform and rhetoric defining Nidaa Tounes suggests that the self-described “modernist” alternative to the Islamists might not be as inclusive and democratic as its leaders claim, as some of the party’s senior figures advocate the exclusion of Ennahda from politics.

On October 25 road map talks began between the Ennahda government and the opposition to end a political crisis that has paralyzed Tunisia since last July, when opposition figure Mohamed Brahmi was killed by Salafi jihadis with links to al-Qa`ida in the Islamic Maghreb—the second assassination of a politician from the opposition coalition within six months.

The road map was drafted by Tunisia's powerful Tunisian General Labor Union (UGTT), together with the UTICA employers' union, the bar association, and the Tunisian League for Human Rights. The Ennahda government has reiterated its willingness to obey the terms of the agreement. The road map stipulates that power will be handed over to a government of technocrats within a period of three weeks, during which time the Constituent Assembly intends to finalize the new constitution and the electoral law. However, current disagreement over who will be the next prime minister is likely to delay the Assembly’s work and subsequent talks.

“We hold Ennahda responsible for the assassinations, as well as enduring economic hardship suffered by the majority of the population,” Lazhar Akremi, one of the founders of Nidaa Tounes, explained.[1] An opposition alliance including the Popular Front and the National Salvation Front, led by Nidaa Tounes, forced the Islamists out of office.

Pressure also came from the UGTT, which led the negotiations but can hardly be considered a neutral mediator, as many of its senior officials have traditionally defended liberal social-political values. Some UGTT members have recently joined Nidaa Tounes in an explicit effort to exert pressure on the Islamists.

Beji Caid Essebsi, former interim prime minister and Nidaa Tounes' figurehead, has managed to unite much of Tunisia's opposition that is keen to counterbalance the Islamist project. Until Brahmi's assassination, opposition parties were weak due to internal fighting and ideological fragmentation.

“Ennahda's hegemony is the biggest problem we face nowadays,” argued Zeineb Turki of the al-Joumhouri (Republican) left-wing opposition party. “That's why we joined Nidaa Tounes in an alliance.” In contrast to many Nidaa Tounes supporters, Turki does not see confrontation as a solution to fighting Ennahda's dominance. “Our party is against excluding Ennahda from politics, but unfortunately we are in a minority position,” she said.[2]

Recently al-Joumhouri's compromising strategy vis-à-vis the Islamists has been criticized from within as well as by those who are anti-government. This has led some al-Joumhouri senior members, such as Néjib Chebbi—remembered for his 2005 “October 18 movement,” which united Islamists and other opposition parties against former president Zine el-Abidine Ben Ali—into taking a more critical stance toward Ennahda. In an October 14 interview, Chebbi warned Prime Minister Ali Larayedh of the Egyptian scenario, reminding him, “If toughness was good, Morsi would not be where [he] is today.”[3]

Yet many party members feel that such statements come too late and that Chebbi has flirted with the Islamists for too long. Several al-Joumhouri senior figures have even left the party for Nidaa Tounes or its coalition partner, the al-Massar Party, which is equally confrontational toward Ennahda.

Thus, Nidaa Tounes members now include a wide political spectrum, ranging from Tunisia's non-Islamist left to the right, such as individuals from the disbanded Constitutional Democratic Rally (RCD) party of Ben Ali, independent candidates, and Destourians, famously remembered for their fight in favor of Tunisian independence.

“We don't have an ideology; we focus on bringing people together,” elaborated Akremi, while insisting that Nidaa Tounes is based on “democracy, equality, and liberty”—principles, he maintained, that Ennahda has failed to implement.

But Nidaa Tounes’ stance toward Ennahda calls into question this declaration. Most members of the party are very vocal about their anti-Islamist views and still question Ennahda's sincerity in regard to its pledge to comply with the principles of the road map, viewing the very process of negotiations as yet another indication that Ennahda aims to delay, if not resist, a power transfer. Akremi insisted that “all options are still open”—including military intervention—if power has not been transferred to a government of technocrats. Although such statements are more a threat than an actual option, as the Tunisian Army is known for being apolitical, they still display the mistrust and uncompromising stance that many senior opposition politicians are exhibiting toward Ennahda.

Essebsi's agreement to sit down with Ennahda to discuss the road map and the beginning of talks are positive signs and suggest that there might be room between the two main parties to compromise, despite reciprocal mistrust. Yet many risks remain, especially as Nidaa Tounes is itself divided between various ideological currents, with some of its members advocating, directly or indirectly, a crackdown on the Islamists, while others members are more moderate. In the long term, Nidaa Tounes will need a rigorous strategy with clearly defined sociopolitical objectives to ensure that the “Call for Tunisia” will become the comprehensive democratic project Tunisians have been fighting for, and not just another defender of an exclusive vision for society.