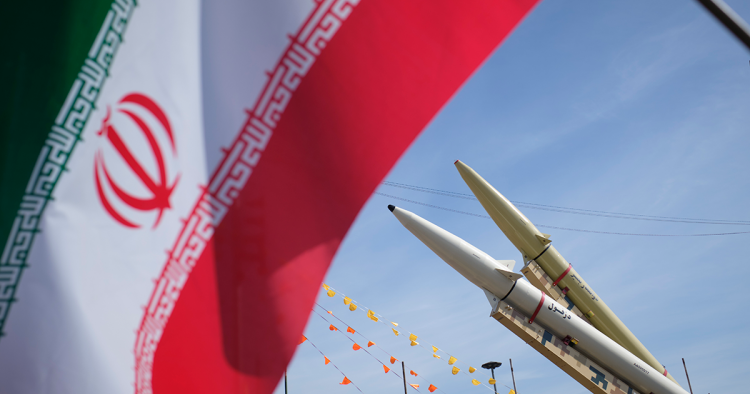 Earlier in February, Iran’s minister of intelligence, Mahmoud Alavi, signaled that if the U.S. continues provoking the country, Tehran might lash out like a “cornered cat” and consider the nuclear option. He referred to the possible modification of Supreme Leader Ali Khamenei’s fatwa, issued in the early 2000s, that made nuclear weapons illegal under Islamic law in Iran. In the meantime, Tehran has incrementally reduced its breakout time by expanding its nuclear activities, including resuming uranium enrichment to 20% and installing two cascades of 348 IR2m centrifuges.

Tehran’s actions are likely designed to increase its leverage and ramp up pressure on the Biden administration. A recently announced last-minute deal between the International Atomic Energy Agency and Iran guarantees another three months of extensive international monitoring of Iranian nuclear activities. But this compromise only buys time and remains fragile due to domestic political infighting in Iran and possible delays in the U.S. return to the 2015 nuclear deal, known as the Joint Comprehensive Plan of Action (JCPOA).

Having said that, it is critical to explore if these decisions are potentially linked to Iran’s threat assessment and military strategy, both of which were impacted by changes during President Donald Trump’s last few months in office. Will Joe Biden’s late reentry into the JCPOA and the expected resulting increase in tensions influence Iran’s strategic logic on nuclear weapons? A look back at the history of Iran’s decision making on the issue suggests that shifts in military threat assessments are as important as technical developments when it comes to Tehran’s nuclear strategy.

Iran’s nuclear decisions are linked to the status of the country’s conventional deterrence. Iranian elites decided to explore a nuclear option as far back as the late 1980s as a way of addressing the country’s conventional military weakness. However, decades later changes in doctrine and technical advancements, including improvements in missile technologies and the expansion of its regional proxy network, have equipped Iran with a more effective conventional deterrence. These advancements, together with rising international pressure, have played a role in eroding the strategic logic for pursuing nuclear weapons.

In the late 1980s and early 1990s, Iranian elites’ perception of the country’s conventional military weaknesses played a major role in shaping the logic for pursuing nuclear weapons. Tehran inherited a shattered military at the end of the war with Iraq in 1988. In rebuilding its military capabilities, the Islamic Republic lacked an effective operational doctrine throughout the 1990s. It purchased arms from Russia, China, and North Korea, but only in limited quantities, while domestic defense industries were still in the early stages of development. At the same time, the military threats facing the country continued to evolve. The 1990-91 U.S. war in Iraq and later NATO’s 1999 Kosovo War largely changed Iranian assessments of the future of warfare. These highlighted Tehran’s power deficit to deter any U.S. military action. Resisting the U.S. revolution in military affairs (RMA), characterized by precision strikes, air superiority, and information dominance, was judged nearly impossible by revolutionary elites. Such a conventional weakness combined with fears of a threat convinced the leadership to explore the nuclear option as a response.

However, these perceptions and assessments have changed since early 2000. Iran came up with a new operational doctrine combining asymmetric warfare and geographical strategic depth as a way of forcing its adversaries into attrition warfare. This doctrine was later complemented by two new pillars, missile forces and regional proxies, that helped to give Iran a second-strike capability. Despite Iran’s increased investments in missiles and regional proxies since the 1990s, one should note that it was only in the post-2003 era that missiles found a meaningful deterrence potential.

These newly added pillars gave Tehran the means to punish adversaries beyond its borders. The objective was to prevent an attack like the 2003 U.S.-led invasion of Iraq from taking place. Iranian strategists were convinced that the U.S. coalition had intervened in Iraq not only because they were capable of winning decisively, but also because they were assured that they could keep the scope of the crisis limited to Iraqi territory. However, Iran’s missiles and regional proxies enabled Tehran to extend its second-strike capability across the broader MENA region, substantially increasing the cost of any attack. This evolution of military strategy was crucial in the Iranian leadership’s perception of its own power and its confidence in the effectiveness of its conventional forces. It basically eroded the strategic logic of developing a nuclear bomb.

Nevertheless, under the Trump administration Iran’s assessment of its conventional deterrence became shaky. Notwithstanding its second-strike capability, the U.S. and Israel made direct strikes on top Iranian defense officials and Tehran found itself incapable of responding in kind or inflicting a meaningful cost. In fact, not only did the Iranian deterrence model prove incapable of deterring attacks in 2020, it was also unable to effectively punish its adversaries. The risk-taking approach adopted by Trump and Israeli Prime Minister Benjamin Netanyahu proved quite effective in highlighting Iran’s strategic weakness, and Iranian elites remained fearful of unprecedented U.S. strikes in the final months of the Trump administration.

Tehran sees its conventional deterrence under pressure on several fronts. First, it has become increasingly difficult to maintain strategic patience while keeping a credible threat against the U.S. and Israel, which have repeatedly used force to reduce Iranian leverage. This dilemma was most evident in the last two months of the Trump presidency, when the risk of a war with Tel Aviv would have increased if Tehran had decided to respond directly to Israeli hostilities, such as the assassination of Iran’s chief nuclear scientist, Mohsen Fakhrizadeh. However, after Tehran showed restraint and decided not to respond, Israel became more motivated to continue its strikes on Tehran’s regional positions, including large attacks on Iranian-backed proxies in Syria. Given U.S. support for Israel, any Iranian attempt to punish Israel would have risked bringing the U.S. into the equation. In fact, a cautiousness in delivering a proportionate response discredited the effectiveness of Tehran’s deterrence in the eyes of its leadership.

Second, Tehran is concerned that its current deterrence model will be neutralized if U.S. advancements in cutting-edge technologies end up giving rise to a new RMA. Tehran is worried that the U.S. will develop a future way of war that could enable America to regain the capability to carry out a surprise strike on Iran at a considerably reduced cost. The U.S. exit from the Intermediate-Range Nuclear Forces (INF) Treaty is interpreted in Tehran as a possible sign that the U.S. intends to deploy more advanced strike platforms in the region that are likely more resistant to Iran’s anti-access/area denial (A2/AD) strategy. Advancements in hypersonic missiles, cyber warfare, artificial intelligence (AI), directed energy, and a more sophisticated U.S. missile defense system are also signaling Iran about the future of U.S. warfare. Tehran fears technological leaps will give the U.S. undisclosed capabilities enabling it to strategically surprise Iran on a future battlefield.

Third, the future sustainability of Iran’s missile program and regional proxies is in question. There is a consensus in Tehran to resist U.S. and EU calls to discuss its missile program; however, security elites are concerned that they might be forced politically to reach some sort of concessions over the missile program, as was the case with the nuclear program. The mistrust in Iranian civil-military relations has created worries among the top military ranks about the future prospects for missile-based deterrence. Concerns about the prospects for Iran’s proxy network are no less significant either. It’s unclear how long Tehran can continue to support its proxies both financially and logistically while resisting forces seeking to dismantle them. Yet Tehran’s most important challenge is the emergence of rogue proxies. These are groups that slip away from direct Iranian control and carry out independent operations, both in Iraq and elsewhere, that do not serve Iranian interests. This was most clearly seen in the final months of the Trump administration when Iran’s call for Iraqi Shi’a groups to cease their anti-American operations was ignored.

Is it time for a new model?

These uncertainties have triggered discussions and prompted criticism of the country’s existing model of deterrence. This signals that trust and confidence in conventional deterrence are in decline. Alavi’s comments were the first public manifestation of these debates within Iranian circles of power. Earlier in January the large-scale military drills Iran carried out were yet another sign of the fear that conventional deterrence might prove unable to dissuade Trump from going to war against Iran. These drills were unique in terms of their scope, duration, and the forces participating; starting on Jan. 5, they continued for 16 days until Biden’s inauguration.

Iran’s conclusion that it can no longer rely on its conventional deterrence increases the risk that security elites will reach a similar assessment as they did in the 1990s and once again see the benefit in going nuclear. The threshold for making such a decision seems to be high, but it might become significantly more likely under two main conditions: 1) when Tehran sees its conventional deterrence continue to fall short and the leadership’s confidence in its military power declines; and 2) if Biden fails to rejoin the JCPOA and instead moves to assemble a transatlantic coalition against Iran while the hardliner faction holds power in Tehran.

To prevent such risky conditions from coming about, the Biden administration should double down on military de-escalation with Iran while prioritize rejoining the JCPOA swiftly and cleanly. President Biden should recognize that seeking to weaken Iran’s conventional deterrence in the absence of a working JCPOA, including by insisting on placing limits on Iran’s ballistic missile program, might end up having significant consequences for nuclear nonproliferation. It will result in further supporting the strategic logic for pursuing nuclear weapons in Tehran.

A sustainable long-term nonproliferation strategy will only materialize when a JCPOA-centric approach is complemented by set of policies that ensure the security benefits of pursuing the nuclear option will remain low. This could only occur through a de-escalated security landscape in which Tehran sees the continued effectiveness of its conventional deterrence. Key here is the elimination of the strategic urgency of acquiring nukes at the same time that limits are imposed on technical capabilities.

The Biden administration needs to develop clear criteria on what an acceptable conventional deterrence for Iran would look like before calling to extend talks to include its missile program and regional issues. Only after an inclusive strategic framework is put in place that meets the legitimate security needs of all regional actors, including Iran, might Tehran be willing to talk about modifying pillars of its conventional deterrence. Offering a pragmatic model of military balance in the Middle East would make the JCPOA more sustainable while incentivizing Tehran to enter into military talks, laying the groundwork to address other regional actors’ concerns.

Dr. Abdolrasool Divsallar is an expert on Iran’s foreign and defense policy. He co-leads the Regional Security Initiative at the Middle East Directions Programme of the Robert Schuman Centre for Advanced Studies at the European University Institute (EUI). He is also an adjunct professor at the Universita’ Cattolica in Milan. He tweets @Divsallar. The views expressed in this piece are his own.