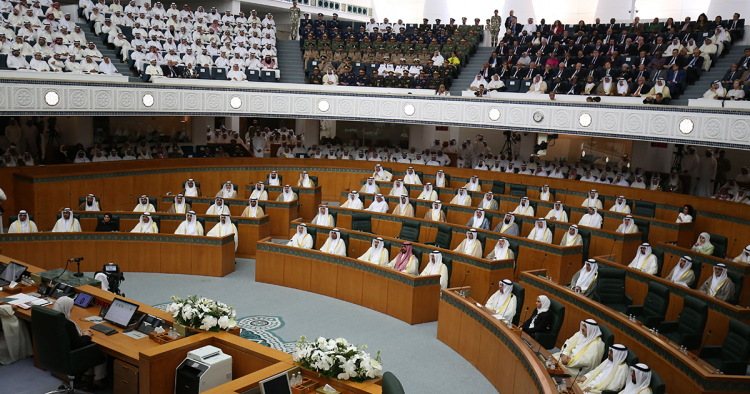 Kuwait’s Sept. 29 parliamentary elections were supposed to bring change to the gridlock and governmental churn that had plagued the country in recent years, with 17 cabinets and eight parliamentary elections between 2006 and the beginning of 2021. Kuwaitis initially appeared optimistic about the results, calling on the amir to appoint a strong government to work with the National Assembly. Questions remain, however, as to how well the government, sworn in on Oct. 17,  and the majority opposition parliament will be able to cooperate to implement the necessary reforms. Initial results are mixed.

Three hundred and five candidates ran for 50 seats in the National Assembly. Only 23 members of the 2020 parliament retained their seats, joined by 16 first-time parliamentarians and 11 members who had served in previous parliaments. Two women candidates won, reversing 2020’s drought. Winners included young parliamentarians and opposition candidates. Losers included tribal candidates, who lost seven seats (down to 22) due to the government’s crackdown on illegal tribal primaries, and those seen as governmental supporters, including three elected ministers. Sunni Islamists roughly maintained the same position that they had in the 2020 National Assembly. In an unprecedented event, two individuals jailed for participating in illegal tribal primaries won their elections. Kuwait’s highest court upheld the conviction of one of the candidates, who would presumably need an amiri pardon to take his seat. On Oct. 18, during the first session of the new National Assembly, parliamentarians elected long-time populist opposition politician and former speaker Ahmed Al-Sadoun to serve in the role once again. True to Crown Prince Sheikh Mishal Al-Ahmed Al-Sabah’s promise that the government would not interfere with the speaker’s election, cabinet ministers walked out during the voting and did not participate.

Kuwaitis successfully fought for, and are legitimately proud of, their history of constitutionally enshrined consultative government. Elected MPs have considerable power to approve or block legislation, to question ministers about their portfolios, and to remove them through votes of no confidence. However, the balance of power is still heavily weighted toward the amir, the ruling family, and the government. The amir has legislative and executive authority. He appoints the prime minister and other ministers, who count as members of parliament for most votes (except, critically, for votes of no confidence). Key ministerial positions are held by members of the ruling family. Over the years, the government’s response to disputes with the National Assembly has either been to shuffle the cabinet to preempt aggressive questioning or votes of no confidence or to dissolve the assembly and call for early elections.

Political parties are illegal in Kuwait, and candidates run as individuals. Traditionally, however, there have been informal groupings that have played the role of parties. In 2012, Kuwait changed its election laws to reduce the number of candidates a voter could select from four to one. Opposition MPs argued that this made it more difficult to form electoral coalitions and was designed to weaken them. It also appears to have made it more difficult to form parliamentary coalitions to actually pass legislation.

On June 22, Crown Prince Mishal highlighted the country’s challenges and criticized both the government and the National Assembly for their roles in the impasse. He announced that he would dissolve parliament and called on Kuwaitis to elect representatives who put the country’s interests ahead of their own personal ones. He subsequently appointed a new prime minister, Sheikh Ahmed Al-Nawaf Al-Sabah, to head an interim cabinet until the election. Critically, he promised that the government would not interfere with the elections, nor with the selection of the speaker of parliament, addressing a major opposition complaint. The government made significant electoral reforms, demonstrating a willingness to make positive changes and earning some goodwill.

Kuwait’s constitution requires the cabinet to resign after a parliamentary election and a new cabinet to be formed in advance of the first parliamentary session. Although opposition parliamentarians welcomed Sheikh Ahmad’s reappointment and committed to working with him on a reform agenda, initial cooperation quickly broke down. Opposition parliamentarians immediately criticized his cabinet, formed on Oct. 5. Right after the cabinet was announced, its only elected member, Ammar Al-Ajmi, said he would not serve, arguing that some other members “did not respect the constitution.” His defection threw cabinet formation into chaos, since Kuwaiti law requires that the cabinet have at least one elected member. The government postponed the first parliamentary session from Oct. 11 until Oct. 18, triggering more parliamentary objections. In response to the criticism, Sheikh Ahmed consulted further with MPs before proposing a revised cabinet with more extensive changes, including replacing Foreign Minister Sheikh Ahmad Nasser Al-Sabah, a target of parliamentary objections. The new cabinet has two elected members, including a new minister of oil and Ammar Al-Ajmi, who reversed his earlier decision. The response to his new cabinet has generally been positive.

After a rocky start, there are some grounds for optimism. The ruling family and the government have clearly shown their willingness to address parliamentary concerns about the composition of the cabinet and interference in electoral matters. All sides seem to agree on some of the key issues that need to be addressed, including corruption, economic reform, employment, and housing, and have committed to working together. A strong post-COVID economic recovery and higher oil prices give Kuwait a cushion to pursue economic reform with less pain.

Balanced against this optimism is the fact that the National Assembly is better at blocking government action than it is at adopting reform legislation, and government reform efforts have been halting. As one recent editorial noted, Kuwait is betting on the government continuing a reform agenda that has barely begun and experience suggests that the government’s focus on reform is often short-lived. The same economic cushion that facilitates reform efforts might reduce the incentive to undertake them.

Oliver B. John is a non-resident scholar at the Middle East Institute and the founder and president of Astrolabe Global Strategy LLC, a political-economic consulting firm focusing on the Middle East.