Will Turkey attack the US-backed YPG in the eastern Euphrates? 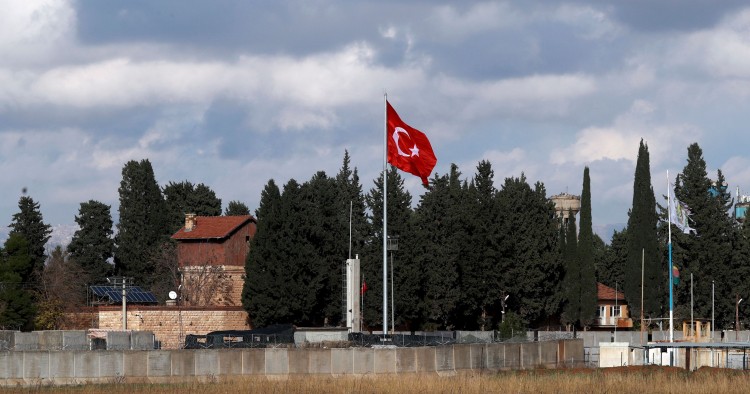 Twice this year, Turkish President Recep Tayyip Erdogan has announced a date when his military would conduct a large-scale operation against the U.S.-backed Syrian Kurdish People’s Protection Units (YPG). The first time, he followed through on his threat and carried out a cross-border operation against Afrin, which lies outside the U.S.-protected area of northern Syria. The second time was on Wednesday, when he said “within a few days” the Turkish military would target the YPG in the eastern Euphrates, where U.S. forces have previously carried out patrols to prevent Turkish artillery from shelling. Turkey has intervened militarily to root out YPG fighters from territory west of the Euphrates in the past, but it has not gone east of the river—partly to avoid confrontation with U.S. forces.

Erdogan’s threat of a new military incursion is a message aimed at three different audiences. The first is the international community. He was testing the reaction from the U.S. and also scoring points with Russia. The Turkish president’s statement followed Russian Foreign Minister Sergey Lavrov’s speech criticizing the U.S. presence in eastern Syria and Washington’s support for the Kurds. Lavrov argued by supporting the Kurdish-led Syrian Democratic Forces (SDF), the U.S. was violating what he said were international commitments to Syria’s territorial integrity.

Erdogan’s second audience was his own military top brass. Some Turkish sources claim he deliberately chooses to make public statements and give specific dates about possible military action to force the hand of those in the armed forces who might otherwise hesitate to carry out cross-border operations.

The third audience is the Turkish nationalist electorate. Turkey is gearing up for local elections in late March 2019 and military moves against the Kurdistan Workers Party (PKK) inside Turkey or across the border in Iraqi Kurdistan or against the YPG in Syria are needed to cement the nationalist coalition behind the ruling Justice and Development Party.

It is the reaction from these audiences that will determine whether or not Turkey will actually carry out an attack on northern Syria. By far the most critical factor will be the U.S. position. Turkish pro-government media reports indicate that the meetings between U.S. Syria envoy James Jeffrey, Turkish Defence Minister Hulusi Akar, and President Erdogan’s spokesperson didn’t yield any significant results. The Turkish side wants to root out the YPG from northern Syria, while the U.S. is reluctant.

American officials have expressed concerns over Turkish plans to attack the U.S.-protected eastern Euphrates region, mainly because it could put U.S. soldiers in harm’s way. They have also made it clear to their Turkish counterparts that they shouldn’t even fantasize about targeting U.S. personnel in Syria. In Wednesday’s speech, President Erdogan said explicitly that they won’t aim at U.S. soldiers on the ground. It is difficult to imagine, though, how Turkey would be able to fire at the YPG-led SDF without also firing at the U.S. soldiers who operate alongside them.

Political and military rationale dictates that Turkey cannot attack the U.S.-backed eastern Euphrates without either the U.S.'s approval, partnership, or withdrawal from the region. The Pentagon responded to Erdogan’s statement, saying, “Unilateral military action into northeast Syria by any party, particularly as U.S. personnel may be present or in the vicinity, is of grave concern.” But the Turks have heard such tough talk from the U.S. before without any action, and they have little reason to think it will be any different this time around. Given the indecision on the part of the U.S., Turkey’s leader might be hoping to take advantage of what he sees as the disarray among American policymakers to dictate his own terms.