Jordan in 2020: Protests and Pandemic 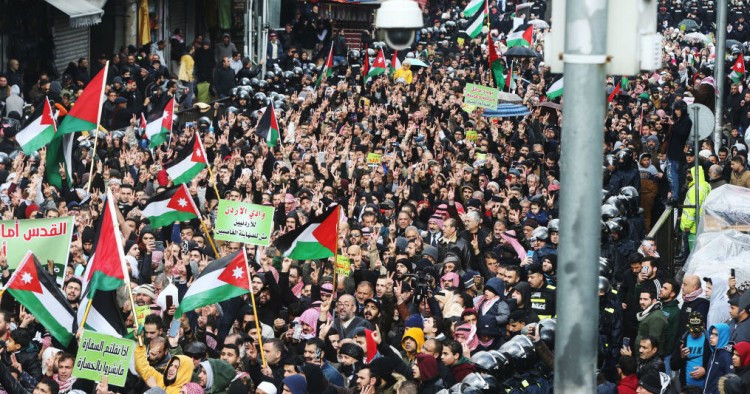 The start of the new decade in Jordan has been marred by unrest. In January, thousands of Jordanians took to the streets to protest both President Trump’s Middle East peace plan and the gas deal signed between Israel and Jordan. This wave of dissent came on the heels of the 2019 protests against increased austerity measures, a follow up to the 2018 movement that saw the resignation of Hani Mulki’s government. Though Jordan quickly adopted stringent measures to combat the virus, the economy will suffer a huge blow, exacerbating Jordan’s existing development challenges and popular discontent. Furthermore, the pandemic prompted troubling restrictions on freedom of speech, with an April decree stating that sharing anything that may “cause panic” about the pandemic is punishable with up to three years in prison.

How have protest movements in Jordan been impacted by Covid-19, and what do recent protests over honor killings and gender based violence portend for progress in this area? How do these long standing grievances meet the current moment of the impending Israeli annexation? What will be the long term impact of the pandemic on Jordan’s economy and human rights, especially for the country’s millions of refugees?

This event is part of a series on human rights in the MENA region in the face of Covid-19.