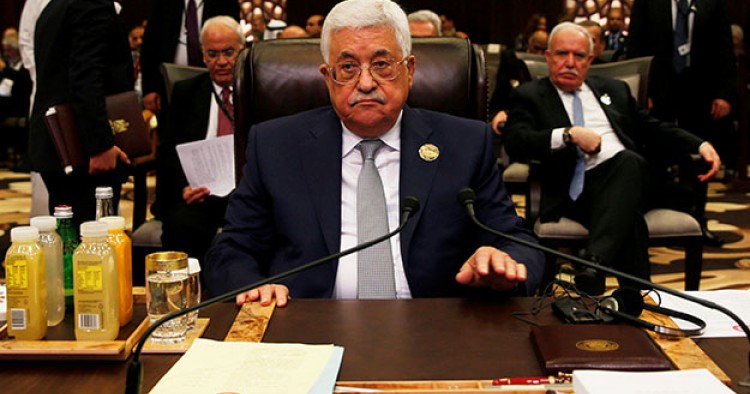 For the first time in three years, Mahmoud Abbas will meet with an American president in the White House. The meeting, expected in early-May, will also be the first between Abbas and President Donald Trump, and will serve to shape the relationship both men, and those they represent, have in the years ahead.

While Abbas might be inclined to be more pliant as an early show of goodwill, he will still seek demonstrations of seriousness from the Israelis, brokered by Washington, before agreeing to re-engage in peace talks.

Toward this end, Abbas will come to Washington with the hopes of finding Trump well primed to have this discussion. His meeting with the president will come shortly after visits to Washington by Jordan’s King Abdullah and Egyptian President Abdel Fattah el-Sisi. Ahead of those meetings, Abbas spoke individually with both leaders, spending time in Cairo and Amman, and collectively with Arab heads of state at the Arab League summit in March. The aim was to deliver a coordinated and unified message to Trump regarding a framework for peace, based on the outline of the Arab Peace Initiative.

An advanced team—possibly including chief negotiator, Saeb Erekat, Palestinian Authority intelligence chief, Majid Faraj, and Palestine Investment Fund chair, Mohammed Mustafa—is likely to arrive in Washington and prepare Abbas’ meeting. The team will likely seek to assess the willingness of their counterparts in Washington to accept the asks of Abbas, which will likely include gestures of sincerity on the part of the Israelis, such as a halt to settlements and the release of long-held Palestinian prisoners in exchange for any restart of negotiations.

The meeting comes during a moment of transition, and its overall purpose will likely be to ascertain the direction this transition takes. Barack Obama began engagement on the Israeli/Palestinian issue early in his presidency and, despite stalwart support for Israel, made clear in his statements that Israeli settlements were a problem. Israel’s steadfast rejection of this position and continued settlement expansion resulted in the United States abstaining in December 2016 on a U.N. Security Council resolution condemning Israeli settlements as illegal. The response then from President-elect Trump was severe criticism of Obama and support for Israel.

In the first few months of the Trump administration, there has been a noticeable toning down of U.S. objections toward Israeli settlement expansion. Israeli settlement announcements that once elicited harsh statements from Washington are currently being left without much reaction from the Trump White House. And while Trump asked Israeli Prime Minister Benjamin Netanyahu to “hold back on settlements a little bit,” there has been a lack of clarity as to what this amounts to when it comes to policy.

Several years ago, after the collapse of the effort led by George Mitchell during the Obama years, Abbas determined that negotiations for the sake of negotiations, particularly with a right-wing Israeli government opposed to a Palestinian state, were worthless without demonstrations of seriousness by the Israelis. And they have a right to be wary of Netanyahu. Secretary John Kerry brokered a deal in 2013 for the release of 104 Palestinian prisoners in return for the Palestinians withholding seeking recognition of statehood from the U.N. The deal was supposed to be executed in four phases, but the Israelis balked at the fourth phase, refusing to release the last 26 prisoners, collapsing the deal. To the Palestinians, the entire episode was nothing more than an Israeli ploy to waste time while settlement construction continued.

But the time for Abbas to show some results is running out. At home, Abbas is facing a Palestinian population that expects little to nothing from negotiations, and is increasingly frustrated with a Palestinian Authority that collaborates with Israel on security for Israelis often at the expense of the security of Palestinians. Abbas is also facing internal pressure within Fatah ranks, as jostling for his succession continues, while full reconciliation with Hamas still remains distant. Without tangible progress on either peace talks that relieve the hardship of living under Israeli occupation, or on reconciliation with Hamas, Abbas’ position becomes weaker.

If Trump desires a regional approach to resolving the Israeli-Palestinian conflict, as he indicated in his press conference with Netanyahu, there is no need to reinvent the wheel: the Arab Peace Initiative (A.P.I.) already exists. Abbas’ effort to coordinate this message with Egypt and Jordan—two states who, along with the U.A.E. and Saudi Arabia, have been pressing him for internal changes to the Palestinian leadership—may prove to be a tactical counter to Netanyahu’s effort to get Arab states to further press the Palestinians into even greater concessions. Arab states have already poured cold water on suggestions from Netanyahu and Trump that they publicly engage Israel prior to resolving the Palestinian conflict. All of these states; however, have their bilateral agendas with Washington, and when all issues are on the table, the commitment of these Arab states to sticking to the A.P.I. will be tested. That, and generally assessing Trump’s seriousness of brokering peace, will be Abbas’ main objectives when he visits the White House.