Al-Wihdat: The Pride of the Palestinians in Jordan 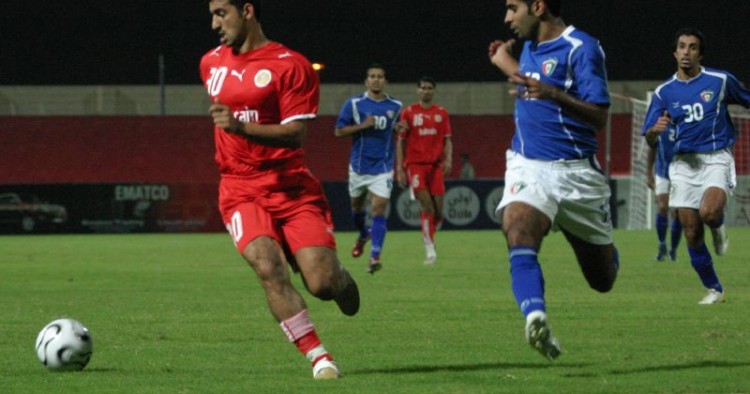 “Wahid, itnen, talagha ya Abu Hussein” (One, two, divorce her Abu Hussein), Al-Faisali supporters sing, as their soccer team plays against Al-Wihdat.[1] Al-Faisali is the club associated with ethnic Jordanians, while Al-Wihdat is the club of the Palestinians. Queen Rania of Jordan is of Palestinian descent, so Al-Faisali supporters sing to have the Jordanian King divorce her, and by implication to have Jordan separated from Palestine and the Palestinians.[2] Jordan has largely avoided communal unrest since the civil war in 1970. But when Al-Wihdat plays against Al-Faisali, it is as if the civil war is fought all over again.

The Historical Roots of Ethnic Tensions in Jordan

At the break-up of the Ottoman Empire at the end of World War I, Jordan became part of the British Mandate of Palestine. A quarter of the territory of Palestine east of the Jordan River then known as “Transjordan” became an independent state in 1946. In 1948, after the first Arab-Israeli war, Jordan also controlled the West Bank east of Israel and west of the Jordan River. Jordan did not annex the West Bank, but its Palestinian residents nonetheless were granted Jordanian citizenship. As a result of controlling the West Bank and becoming host to nearly half a million Palestinian refugees, Jordan’s population tripled.[3]

The Palestinian refugees who arrived in 1948 were poor, traumatized, and embittered by the Arab states’ failure to conquer more territory of historical Palestine in the 1948 war.[4] On the other side the indigenous Transjordanian East Bankers saw their country threatened by the massive influx of Palestinians. The East Bankers controlled the army, police, and government, which discriminated against the refugees and kept them under close surveillance. An additional aspect of Palestinian-Jordanian tensions was the presence of another group of Palestinians in Jordan - a more educated and more affluent group of urban origin that came to dominate the private sector of the Jordanian economy. Ethnic Jordanians envied the better-off Palestinians. Many refugees would claim that such envy is the reason for ethnic Jordanian hostility toward and discrimination against them. Apparently, it is this ethnic hostility that sometimes implodes when Al-Wihdat plays Al-Faisali.

The election of a new right-wing government in Israel in January 2009 has aggravated ethnic tensions in Jordan. In the so-called “Lieberman Plan” Israeli Foreign Minister Avigdor Lieberman argues that two peoples with two religions should live on different territories.[5] The implication is that Palestinians should be removed from areas where Jews live. In Jordan, this has created the fear that Israel wants to empty territories in the West Bank and Israel of Palestinians.[6] This has created hostile feelings among Jordanians who do not want Palestinians permanently resettled to Jordan. Allegedly as a preemptive step, in the summer of 2009 Jordan started revoking thousands of Palestinians’ citizenships. This created panic among Palestinians.[7]

In July 2009, riots broke out in the Jordanian town of Zarka as Al-Faisali and Al-Wihdat met. “Wahid, itnen, talagha ya Abu Hussein,” chanted tens of thousands of Al-Faisali fans. Chanting other slogans, they cursed Palestinians, the Palestine Liberation Organization (PLO), and Jerusalem. They called the PLO traitors and collaborators, implying that they had struck a deal with Israel to resettle the Palestinians in Jordan. Anti-riot police had to intervene to stop Al-Faisali supporters from lynching Al-Wihdat team members and their fans.[8]

The 2009 unrest was reminiscent of the late 1980s, when Al-Wihdat came to be a symbol of Palestinian nationalism, and when fights between Al-Wihdat and Al-Faisali supporters regularly erupted. In 1970, the Jordanian army crushed the PLO after Palestinian militants crossed from Jordan to attack Israel, hijacked aircraft, and threatened the Jordanian monarchy. Thousands of Palestinians were killed in what is remembered as Black September. The Wihdat refugee camp - headquarters of the Palestinian guerillas - was heavily bombarded during the fight. After Black September, the PLO left Jordan for Lebanon, and Jordan acted to suppress any manifestation of Palestinian nationalism.

The PLO had presented the Palestinians with a way out of the shadow of the dishonored. The tragedy of the Palestinian refugees was compounded by the humiliation they sometimes experience in host countries: “Where are your tails?” Palestinian children were mocked in Lebanon. Other children asked their parents to buy them a Palestinian to play with.[9] In Jordan, after the PLO was driven out and Palestinian nationalism was suppressed, national identity and the pride of Palestinians residing there was to be expressed by Al-Wihdat, the football club of the Wihdat Palestinian refugee camp.

The Al-Wihdat club was established in 1956 by the UN Relief and Works Agency for Palestine Refugees (UNRWA).[10] In 1975 Al-Wihdat qualified for the top league in Jordan. While supporters at the arenas of football clubs in Jordan sometimes could be counted in the hundreds, Al-Wihdat matches were consistently sold out. In 1980, Al-Wihdat won the Jordanian league, unleashing huge celebrations not only in Jordan, but also in the occupied West Bank. Support for Al-Wihdat was something Palestinians could communicate in public. A special honk of car horns was associated with the club.[11] And supporters wore the green, red, and black with a white stripe, Al-Wihdat colors - the very colors of the Palestinian flag. At the packed stadiums where Al-Wihdat played, supporters expressed their regained honor: “Arrange the chairs, the green Al-Wihdat raises our heads,” they chanted.[12] The refugees were no longer the passive recipients of humanitarian aid, but fighters. They sang: “We don’t want sardines, we want bombs,” and “shabab Wihdat, kolluhum fedayyi” (the young in Wihdat are all guerilla soldiers) [13]

Following disturbances in 1986, Al-Wihdat was banned from playing in the first division and forced to change its name. Three years later, after political reforms were enacted and elections held, the newly elected Parliament promptly decided to let the refugees regain control over their club and restore its original name. In recent years, Al-Wihdat has been Jordan’s most successful football club, taking the league title - from Al-Faisali, its main contender - in 2005, 2007, 2008, and 2009.

“One day, when we had no voice, Al-Wihdat was our voice,” the late PLO Chairman Yasser ‘Arafat once said.[14] The soccer club is an embodiment of the national pride of the refugees, and it also acts to represent their political sentiments. In 1996, the club refused to play in Israel against an Israeli team. But they did travel to Hebron, where they played before 40,000 supporters. People cried as the players entered the pitch, gathered around the central circle, kneeled, and kissed the earth.[15] “Al-Wihdat,” a refugee in Jordan said, “is something holy, something high. It is Palestine.”[16]

[10]. The United Nations Relief and Works Agency for Palestinian Refugees in the Near East (UNRWA) is the UN body responsible for administrating Palestinian refugee camps. As part of their social services, UNRWA organizes sports activities in the camps.