Algeria’s opposition after the Hirak: Limitations and divisions 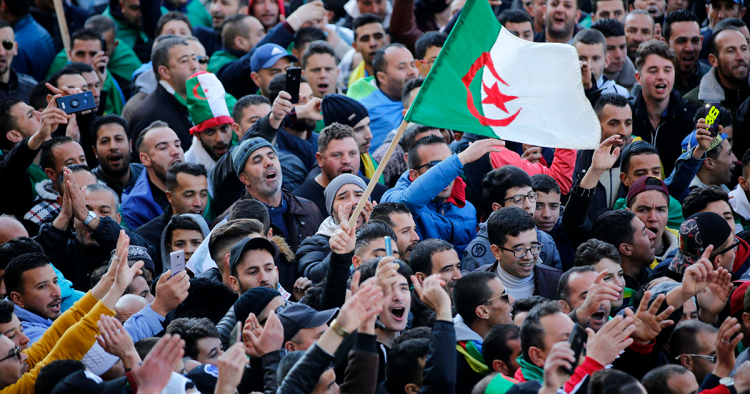 In early 2019, millions of Algerians took to the streets to protest then-President Abdelaziz Bouteflika’s bid for a fifth term. The popular uprising of Feb. 22, known as the Hirak, constituted the most significant political event in Algeria since independence in 1962. The unprecedented unrest stripped away the civilian façade of Bouteflika’s militaristic rule and led to his resignation and the incarceration of his closest associates, including government officials and business executives. That, however, was the only concession granted to Algerians since the military leadership pleaded for presidential elections as a constitutional means of addressing the political crisis. Ultimately, and despite the resistance of numerous political and social actors, the Algerian system — a complex machine that rotates around the military leadership and operates across multiple centers of power — was able to overcome the 2019 crisis through a combination of selective repression, legal reforms, and carefully stage-managed elections.

As we approach the third anniversary of the Hirak, it is crucial to assess the movement’s outcomes. Protesters may not have achieved all their goals, but their experience continues to shape public opinion. Moreover, it is impossible to understand the current situation in Algeria without considering the reality of the political opposition. Evaluating Algeria’s protest movement could shed light on both its limitations and the prospects of democratization in the North African country. The uprising provided valuable insights about the motivations and objectives of the Algerian political establishment and society at large, even if it proved unable to ensure a peaceful and democratic transition of power.

While the Hirak is obviously a product of the local context within Algeria, what it reveals could also provide a model for the wider region. Attempts at regime change have shaped the Middle East and North Africa since the Arab Spring uprisings that began in 2011. The bitter end to the “Algerian Dream” may be viewed as another failed experiment that only exacerbated the country’s problems. Algerian politics are complex and boundaries were imposed on activists by judicial and security institutions, but the opposition’s divisions and miscalculations cannot be disregarded either. The gradual fading out of protests in 2020 amid the surge of the pandemic was the result of both the system’s political maneuvers and the opposition’s own organizational and political weaknesses.

The 2019 protest movement was the first uprising that encompassed large and diverse segments of society. This sense of national unity was absent in a country ravaged by a divisive civil war in the 1990s, mainly between the security apparatus and Islamist insurgents. When the Hirak movement erupted, officials tried to use history to dampen the protests, reminding Algerians of the collective trauma of the war and noting its resemblance to current regional conflicts. The incapacitation of former President Bouteflika following his stroke in 2013 made him a “paraded ghost” at the service of a corrupt oligarchy. This was deeply humiliating to the populace, and far worse in their minds than insurrection. As promising as this democratic endeavor seemed, the political and social actors of the Hirak movement faced a powerful, rigid, and resourceful establishment. The ruling elite mobilized various tools to strangle the opposition and unilaterally design the post-Bouteflika era. Consequently, the Hirak movement fell victim to a hybrid and asymmetric counterrevolution with a strategy of selective oppression, while the system shored up its civilian façade.

Algerians painted an impressive picture of their democratic struggle during the first weeks of their “Revolution of Smiles.” The movement’s peaceful nature, illustrated by the popular slogan silmiya (“peaceful”), was a key tenet of the Hirak and a lesson learned from the civil war. But the military also grasped its past mistakes and capitalized on its brotherly bonds with the population, with then-Army Chief of Staff Ahmed Gaid Salah vouching to safeguard Algerian lives. The military leadership thus solidified its popular posture before opting for a campaign of targeted repression. The authorities resorted to intermittent arrests of activists and journalists on terrorism charges to paralyze the protest movement. The government also introduced new regulations that were ostensibly to fight hate speech, but in practice limited freedom of expression. For its part, the judiciary threatened both traditional and emerging political parties and dissolved some civil society organizations. All efforts to confront this strategy proved unsuccessful because of the fragmented nature of Algeria’s opposition and limited public awareness.

The heavy crackdown challenged the Hirak’s potential, but it was perceived as insufficient in light of the growing political divisions. This prompted the authorities to try to regain public trust through manipulation and cooptation. They dismantled the Bouteflika clan through Operation “Clean Hands” as part of a selective anti-corruption drive and paved the way for the new president, Abdelmajid Tebboune, elected in a December 2019 vote with official turnout of around 40%. The current administration found it easier to label protests as the product of a foreign conspiracy, which fed into Algerians’ post-colonial paranoia. Activists responded reactively when facing the flexible and adaptive nature of the system, and in the end the establishment managed to renew its civilian façade by courting a new clientele within the elected parliament and appointed councils and oversight bodies. Once again the ruling elite forced through its plan of “change through continuity.” The resilience of the ruling elite, however, is largely a consequence of the opposition’s inability to provide a viable alternative.

Many protesters would like to think that the system alone was responsible for its successful regeneration, but the reality is more nuanced. The democratic promise of the Hirak inspired millions of Algerians, including countless marginalized and apolitical youth and women, but the hope they regained was ultimately dashed. While government restrictions certainly hobbled the Hirak, the opposition bears responsibility, whether it acknowledges it or not, for its lack of vision and inability to remain a transparent political force amid the struggles between rival clans within the Algerian system. It’s critical to identify these mistakes and learn from them, in anticipation of future socioeconomic or political upheaval.

The protest movement drew strength from spontaneity, heterogeneity, and inclusiveness. Common grievances led to widespread popular discontent, and Bouteflika’s bid for a fifth term was the last straw. The misery that united Algerians did not produce lasting sociopolitical harmony, however. Protesters may have formed a common front against Bouteflika, but they disagreed about almost everything else. The movement’s lack of visible leadership soon became a strategic liability by introducing deep ideological divisions. Additionally, the divergent roadmaps and initiatives pursued by the traditional opposition undermined its ability to form a cohesive front. The silent majority that once endorsed the Hirak withdrew from the streets because the opposition’s elites failed to assume leadership of the movement. Once people began to sense that they were caught in the middle of a battle for influence among the ruling elite, they pulled back, preferring the security of the status quo.

The protest movement temporarily destabilized the balance of a political establishment desperately in need of reform. The incarceration of military officials close to Gaid Salah, such as Wassini Bouazza and Guermit Bounouira, was unprecedented. The aim of this purge was to rehabilitate Algeria’s former spymaster, Mohamed Mediène, and his networks, which previously ran the influential Department of Intelligence and Security, at the expense of the protest movement. Such power struggles are unsurprising, but the opposition’s engagement in this clash was the “last sin” for the Hirak. Conservative and radical poles within the movement saw the regime’s divisions as an opportunity to push for a revisionist narrative regarding the Black Decade of the 1990s, a period of economic stagnation and violent repression of Islamist rebels. This changed the perception of the protest movement from a national call for change to an exclusively Islamist rebellion against the state.

The 2019 protest movement was a risky but necessary gamble. Algeria’s sociopolitical landscape is arguably worse now due to the Hirak, but it also initiated a process of change on a number of levels. It is hard to ignore the political role that the Hirak will continue to play as a symbolic reference for democracy. More importantly, different segments of society are now inserting themselves more forcefully into public affairs in spite of the systematic repression. Algeria today isn’t the same as it was under Bouteflika, but its new form remains ambiguous and the memories and unresolved trauma of the past remain ever present. Due to constant shifts, the current stalemate between the government and the opposition is likely to last until the onset of a socioeconomic crisis, which may encourage a truce. Alternatively, the system might consider national reconciliation, improbable though that may be since it must be genuine.

In any case, the traditional opposition is dysfunctional and cannot assume leadership for structural, ideological, and historical reasons. People are understandably reluctant to embrace the opposition when it lacks a clear path and increasingly resembles the current ruling elite. Algeria is thus caught between an unstable, internally divided establishment and a fractured, complicit opposition. This prevents any serious dialogue in the short term. In essence, the arrival of Tebboune to power was a result of the Hirak’s shortcomings. As long as activists lack a coherent plan and clear leadership, the establishment will retain control and remain the only relevant and capable actor in Algeria.