Algeria’s recurring food crises: The sign of an ailing economy 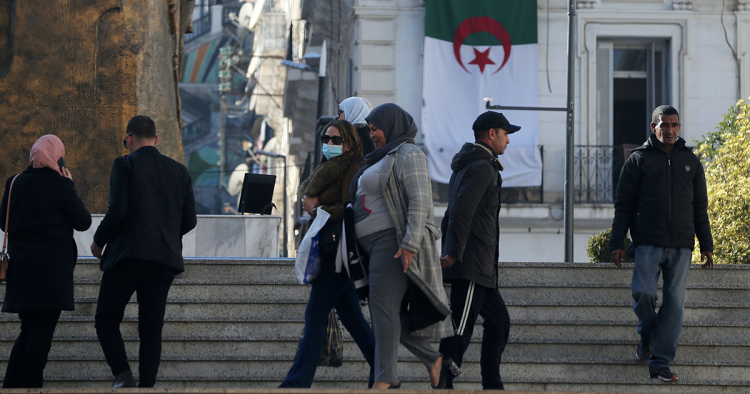 On Jan. 9, in response to food shortages that have crippled the Algerian market since last summer, the Ministry of Commerce banned the sale of cooking oil to minors. According to the minister of commerce, Kamel Rezig, unspecified suspicious parties have been recruiting children to buy large volumes of staple products for resale at inflated prices. This statement triggered a wave of condemnations and criticism, demonstrating the widespread and growing popular discontent in the North African country. Beset by severe socioeconomic grievances, Algeria is now facing the most challenging economic situation since the 1988 October Riots, when thousands of young people took to the streets to protest an economic crisis caused by the decline in oil prices, austerity measures, and a youth bulge that led to mass unemployment. This major social upheaval, known as “Black October,” led to significant political changes, including the failed democratization attempt of 1991.

It is no surprise then that Algerian President Abdelmadjid Tebboune considers these grievances a priority for his administration. The latest food shortages are not the first, however, and given the administration’s current approach, they are unlikely to be the last. Beyond the obvious symptoms of Algerians’ daily struggle, such as food scarcity and queues, it is essential to examine their causes. While the authorities have blamed business owners and even consumer behavior for the crisis, the underlying drivers are more systemic and structural.

In reality, food shortages are not a new phenomenon, but rather the outcome of a broken socioeconomic model. Algeria’s post-independence social contract was founded on an economic system that now costs more than the country can afford given its revenues. Despite the recent rise in oil prices, Algeria is paying the price of its economic choice to buy social peace. After the events of 1988, the ruling elite realized that maintaining its hold on political power depended on its capacity to provide for the disadvantaged, the “silent majority” that makes up the popular base of the Algerian system. As a result, over the past three decades legislators approved a series of executive decrees that limited the price of basic necessities. This plan was meant to stabilize the situation of the poorer classes of society, but it eventually resulted in a noticeable decline in local distributors’ profit margins after the global increase in prices. Some distributors would naturally prefer to sell their products at black market rates to avoid the official price controls, particularly as production costs continue to rise due to recent restrictions on imports.

But price regulation is only one facet of the ongoing food crisis. Algeria is also heavily dependent on imports of primary goods. Despite successive governments’ efforts to diversify the economy and cover aggregate domestic demand, the trade deficit remains a major challenge and financial burden. This has prompted the Tebboune administration to maintain bans on imports of certain goods, with the aim of improving macroeconomic indicators. In 2021, Algeria managed to reduce its trade deficit to less than $1 billion, down from almost $8 billion in 2020. But the improvement in macroeconomic indicators did not translate into microeconomic progress. While attempting to encourage local production, the authorities’ poor logistical planning and focus on cutting imports aggravated structural issues with Algeria’s economic model. The current agenda disregards the country’s dependency on foreign raw materials, and the Tebboune administration’s economic doctrine is restricted by the Algerian market’s lack of self-sufficiency. Consequently, the cabinet’s decisions created socioeconomic collateral damage, and this is a continuation of the official mindset that has resulted in dangerous instability in the past.

Since independence in 1962, Algeria has been known for its overly generous social welfare policies. This approach has imposed a significant cost on the public treasury, estimated at $17 billion for subsidies alone in 2019. But the 1988 October Riots, which were the first step toward the civil war of the 1990s, serve as a constant reminder to both the authorities and society at large that abandoning this policy could threaten social stability. As a result, Algeria has continued to subsidize staple products like cooking oil, flour, and fuel even as economic conditions have worsened and the country’s finances have become constrained. Recently, Prime Minister Aymen Benabderrahmane raised concerns about the fairness and effectiveness of this strategy, signaling a possible policy shift. Behind this official explanation, it is also clear that Algeria can no longer afford such extravagance given the size of its budget deficit, estimated at $30 billion for 2022. In December 2021, President Tebboune approved the Finance Bill for 2022, which lifted food subsidies. At present, despite the prime minister’s reassurances, there are no plans to reallocate the money given Algeria’s fiscal constraints. This shift will further destabilize the market, which is already struggling with outdated regulations for prices and imports.

The authorities’ vision is solely aimed at addressing financial concerns without a careful assessment of the local context. Algeria’s legacy of social welfare policies has been an enduring contract between the ruling elite and the population. Although the country’s oil and gas income often provided a certain level of comfort for most Algerians, especially after the 2003 Iraq War, this rentier mentality has resulted in a troubled economy characterized by state interference, corruption, and a lack of competition. While adopting this model once seemed like an appealing option politically, it ultimately became too expensive for the state to maintain. The Tebboune administration understands that reality, but it lacks the tools to change it; doing so would require a national consensus on a comprehensive policy, which is not possible due to political disagreements. Furthermore, the economic shortcomings of former President Abdelaziz Bouteflika still weigh heavily on Tebboune’s agenda. Given this difficult situation, the administration has chosen to pursue cosmetic reforms like increasing wages through tax exemptions to raise Algerians’ purchasing power.

Rising oil prices could convince the government that it is able to bear the financial burden of measures to indirectly boost wages, although any bump they provide will be temporary. According to the International Monetary Fund, Algeria needs an oil price of $141 per barrel to balance its budget. Considering the current energy market and structural limitations of the Algerian economy, President Tebboune’s initiatives will only offer short-term relief. The ongoing depreciation of the national currency, the dinar, could result in higher inflation rates. Amid these challenges, there is a need for a national debate with economic and social actors to create an agenda that is feasible. Otherwise, efforts to manage the food crisis exclusively through the security apparatus will only result in an authoritarian approach rather than an inclusive solution. Already, scenes of police overseeing the distribution of cooking oil and the emphasis on conspiracy theories alleging these crises are attempts to destabilize the country underscore the government’s vulnerability and the lack of alternatives. Moreover, the recent dispute between Algiers and the World Bank illustrates the possible repercussions of the government’s rhetoric on social issues.

For decades, Algerians have benefited from generous social welfare policies, but these have ultimately proven unsustainable. The fear of potential upheaval and the complex rentier-based informal market have hindered economic development. This weakness now manifests itself through recurring food shortages and increasing prices, suggesting a potential repeat of the trauma of 1988. Algeria has witnessed socioeconomic protests in recent weeks, and so far they have remained peaceful and controlled. The government may be able to prevent major riots for now, but political divisions will hamper efforts to achieve real long-term stability. After all, the current struggle is the natural result of a failing economic model, a problem for which there are no quick or easy solutions. Algerians will have to agree on a new social contract, a process that will involve difficult compromises and painful economic and political consequences.