Beyond Sanctions: The Factional Nuclear Split in Tehran 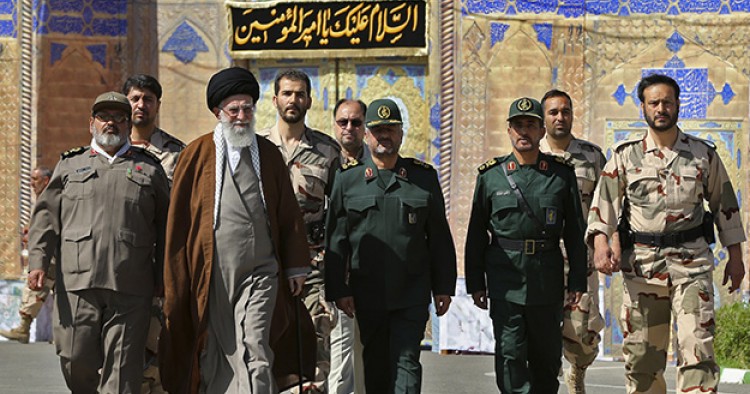 As the world awaits the outcome of the June 30 deadline for a deal between Tehran and the P5+1, the Iranians continue to weigh their options. While the nature of the nuclear debate in Tehran is not as rowdy as the one in Washington, it still features competition between two distinct worldviews about Iran’s place in the world, namely whether the deal should ultimately result in closer relations with the United States.

Since the tentative agreement for a deal, reached on April 2 in Lausanne, Iran’s hard-liners have been pushing back against the claims of the moderate government of President Hassan Rouhani that diplomatic talks and the pursuit of a policy of rapprochement is paying dividends for Iran. Kayhan, the hard-line and unofficial mouthpiece of the office of the Supreme Leader, said in an editorial this week that “now, hardly anyone calls the Lausanne statement ‘a brilliant historic victory.’”

This was, of course, a jab at Rouhani and his foreign minister, Javad Zarif, who spearheads the talks on the Iranian side. The paper questioned the “logic and rationale to continue Iran-P5+1 negotiations while America threatens Iran [with] military attack.” It also asked what, except for “failed talks,” the Rouhani government has to show for its time in office.

Kayhan’s fury comes at the same time as Iran’s Supreme Leader, Ayatollah Ali Khamenei, continues to publicly back the nuclear talks. The paper’s rebuke, however, is not a case of breaking with the top ayatollah. It is in fact part of a deliberate strategy by the leader to keep a certain distance from the Rouhani government’s nuclear dealings with Washington in case they come crashing down. That is a possibility in the eyes of the hawks, even if they do not actively seek it.

Khamenei’s stance is by now unmistakable. On the one hand, he supports the talks while stating that he is doubtful that they will result in anything meaningful. The Americans, Khamenei keeps warning, “cannot be trusted.” In other words, he is leaving the door open for a nuclear success, because he knows the country badly needs a resolution to international sanctions, but he loathes being associated with a nuclear failure. No doubt the policy dispute on Iran in Washington has also pressed Khamenei to harden his public posture in Tehran.

The May 7 passing of a bill in the U.S. Senate giving Congress the power to review and authorize any deal between the Obama administration and Iran was seen by the hawks in Tehran as case of American double-dealing. And the proclivity of the hawks in Washington to invoke the prospect of a military attack on Iranian nuclear facilities should circumstances call for it is particularly vexing for Tehran’s hard-line faction.

As Ali Akbar Velayati, a top foreign policy advisor to Khamenei, put it, “The continuation of nuclear talks with the P5+1 is only acceptable when America stops threatening.” Still, such posturing by Khamenei and his close confidants such as Velayati should not be mistaken for sudden doubt in the Supreme Leader’s office about the virtues of nuclear negotiations.

The Supreme Leader needs a nuclear deal as much as his president. Instead, Khamenei’s office puts forth such rhetorical measures as the bare minimum response to griping from the broader hard-line camp.

Iranian moderates, for their part, are full of undisguised optimism about the likelihood of a deal by June 30. From Rouhani to Zarif to the moderate/reformist media, the plea is to ignore the intricacies of the policy debate in Washington and to stay heartened by the fact that the United States wants a deal as much as Tehran.

When a number of members of the Iranian parliament last week sought to echo the U.S. Senate by introducing a bill that would empower them to halt the talks unless American officials stop issuing military threats, the pushback was swift.

A prominent Iranian moderate paper, Mardom Salari, urged Iranian parliamentarians to shun any tit-for-tat approach. “If a bill or any remarks are proposed in America that are against the result of the talks, the American administration will be responsible; just like the bills proposed by [parliament] in Iran can damage the commitments of the Iranian government,” it said.

In mirroring the policy platform of the Rouhani administration, Mardom Salari argued that “America needs Iran's support and help to resolve its big and small issues [in the Middle East], and the only key to opening this lock lies in resolving Iran's nuclear issue and the lifting of all the hostile sanctions.” The paper showcased how the American question is no longer taboo in Iranian media by boldly concluding that the “reality…is that the Islamic Republic and United States have many common interests despite their radical positions against each other” and that history and ideology no longer can prevent cooperation.

The reformist paper Sharq went further. It called the bill presented by the hard-line Iranian parliamentarians to suspend nuclear talks “unprofessional” and “due to their lack of understanding of foreign policy.” Arman, another reformist paper, built on the same theme and reminded the hawks in parliament that a nuclear deal with the P5+1 must be sanctioned at the UN Security Council level, which makes the position of the U.S. Congress, at least in the eyes of international law, irrelevant. The paper warned that for Tehran to initiate a suspension of the talks at this critical juncture is not only provocative but self defeating. This was the same theme that Zarif repeated while in the United States in late April. The centrist Jomhuri-ye Eslami bemoaned how hawks in Tehran and Washington are equally careless about endangering a successful outcome to the talks.

For all its turns and twists and subtleties, the nuclear debate in Tehran shows one major fault line. In regard to a nuclear deal, the hard-liners and the moderates only disagree about negotiating tactics. Ayatollah Khamenei is still committed to completing a deal; the only clear discrepancy is on the question of the deal’s longer-term function.

The moderates clearly hope that initial heavy lifting will bring a broader rapprochement with Washington, whereas the hard-liners would be fine with reaching a deal that only results in the lifting of international sanctions. Broader rapprochement would be undesirable for this camp. As Siyasat-e Ruz, a hard-line paper said this week, “The aim of the nuclear agreement is not to turn Iran into an ally of America or to have broad-reaching relations with Washington. Those that want such a scenario,” it said, referring to the Rouhani government, ask for Iran to “give away [its] political independence.” Are Iranians, the paper asked, ready to “accept Americans walking about in Iran like they used to do?”