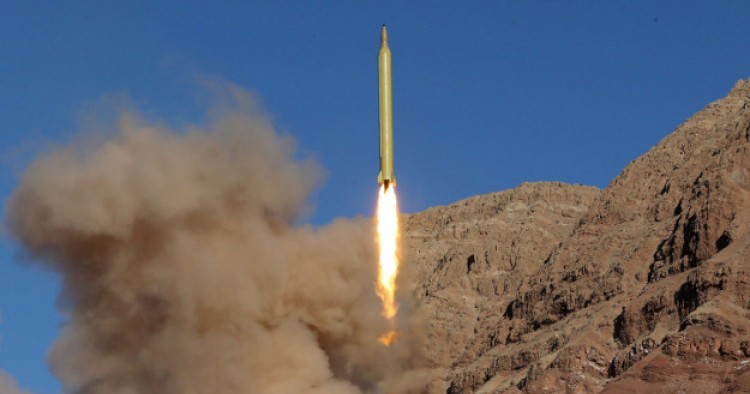 There are troubling signs that the Trump administration is itching for a fight with Iran. While the White House recently certified that Tehran was complying with the nuclear deal, fresh sanctions and thinly veiled references to regime change should raise serious concern that the administration will be searching for any excuse to avoid recertifying Iran’s compliance come the next review in October. In fact, President Donald Trump tasked a team in the White House with coming up with reasons to withhold certification at the next opportunity. And in a July 25 interview with the Wall Street Journal Trump prejudged the October outcome, saying he fully expected Iran to be declared noncompliant.
Breaking the nuclear deal, presumably to keep a campaign promise, could put Washington on a slippery slope towards a military confrontation with Iran. Sabotage of the accord that Iran negotiated, not only with the United States, but also with Russia, China, the United Kingdom, France and Germany, would be received in Tehran as a message that Washington is preparing for military action, and that it must therefore prepare for the worst. This path towards confrontation would wreak havoc on an already unstable Middle East, undermine U.S. national security interests, and potentially put American lives at risk.
There are legitimate reasons for Washington to be alarmed about Iran’s behavior. Tehran has projected its influence deep into the Arab heartland using its al-Quds expeditionary force and through its patronage of militias like Hezbollah, the Iraqi popular mobilization units, the Houthis in Yemen and over 100,000 militiamen in Syria. Its game of tug-of-war with the United States in Iraq is intended to pull Baghdad more fully into Tehran’s political orbit and away from Washington. And provocatively it flexes it's muscle by conducting missile tests and arresting U.S. visitors to Iran.