Blasphemy in New and Old Egypt 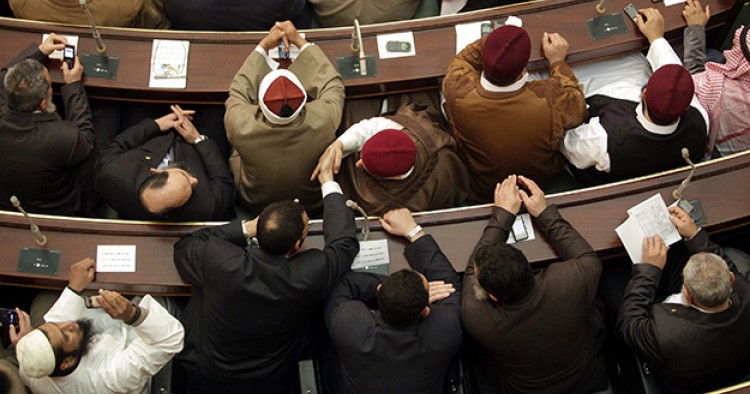 Many participants and leaders of the January 25 revolution hoped for a new Egypt to emerge, one that respected freedom of speech and freedom of religion, amongst other liberties. More than two years later, it has become glaringly obvious that such hopes were pipe dreams, and that the “New Egypt” will respect neither, in part thanks to the mounting number of blasphemy cases and trials that have taken place.

While blasphemy cases occurred under former president Hosni Mubarak, they have increased since the revolution that removed him, and particularly since the Muslim Brotherhood’s Mohamed Morsi came to power as president. The majority of these cases in Egypt are filed against Christians by Muslims. Recent cases have targeted teachers, activists, politicians, writers, artists, social media users, and even children.

The latest victim is a Christian primary school teacher, Dimyana Abdel-Nour, who was accused by three of her students of insulting Islam and the Prophet Muhammad by allegedly stating that the late Coptic Pope Shenouda was a better man than the Prophet.[1] When the principal of Abdel-Nour’s school deemed the charges to be unfounded, the parents of the accusers complained to higher officials, and the principal was removed from his post. Abdel-Nour is currently facing trial, one that will hardly be fair, given the strong prejudice against Christians in Egypt and the heavy pressure that Islamist groups will apply to the court.

Article 98f of the Egyptian penal code, as amended in 2006, criminalizes any use of religion “to promote or advocate extremist ideology for the purpose of inciting strife, ridiculing or insulting a heavenly religion or those following it, or damaging national unity and social harmony.” The penalty for such offenses is up to five years in prison and a fine of LE1,000 (approximately US$140).

The definition of heavenly religion, according to Shariah, is limited only to Sunni Islam, Christianity, and Judaism. It thus ignores other Egyptian religious sects such as Bahaism and disregards Muslims who adhere to interpretations outside of “mainstream” Sunni Islam, including Quranis and Shi`a. Being openly atheist or agnostic is also a crime under this law, and can land you in prison.

But even the heavenly religions‑‑apart from Islam‑‑do not enjoy privileged status. Judaism and Jews are insulted daily in newspapers and mosques all over Egypt, and Christians suffer from daily harassment and discrimination. While converts from Christianity to Islam enjoy full rights, converts from Islam to Christianity are punishable by this law. A 2007 Human Rights Watch report provides detailed documentation on how government officials interpreted Article 98f to disallow conversions from Islam on the grounds that they disparage Islam and therefore damage national unity and social harmony.[2]

Furthermore, given that Shariah is the basis of all legislation in Egypt, hisbah (an Islamic duty of imposing good when it is absent and forbidding evil when it is present) cases are allowed and legal. The hisbah doctrine gives all Muslims the right to file lawsuits when they believe that the exalted right of God has been violated, even if the violation does not directly harm them. These cases can be filed for any reason. They existed under Mubarak and continue to exist under Morsi.

Written by an Islamist-dominated committee, Egypt's new constitution continues to criminalize blasphemy and simply buttresses the pre-revolution law against insulting religions, despite Morsi’s claim that the document would uphold the rights of freedom of speech and religion to all citizens.

The law has made possible twenty-first century witch hunts in which people face flimsy‑‑if not baseless‑‑accusations that either formally and legally persecute them for their opinions or beliefs or defame them and slander their reputation. A review of such recent cases proves that both occur almost equally.

The first case after the revolution involved Karam Saber from Beni Suef, who was accused in April 2011 of defaming religion for writing a book that questions belief in God and religion.[3] Others, similar to Abdel-Nour, have been accused of making blasphemous comments, such as Makram Diab, a school employee from Assiut who was reported by his coworkers for expressing derogatory opinions about Islam. He received a six-year sentence in March 2012 on charges of showing contempt of religion and insulting the Prophet Muhammad.[4]

A significant number of cases have stemmed from Facebook postings or tweets. In October 2011, Ayman Youssef Mansour from Cairo received a three-year prison term for insulting and exploiting religion to promote sectarian strife on his Facebook page.[5] Christian billionaire and politician Naguib Sawiris was charged for tweeting a cartoon in 2011 that featured Mickey Mouse with a beard and Minnie Mouse with a niqab,[6] though the case was dismissed in March 2012. Seventeen-year-old Gamal Abdou Massoud from Assiut received three years in prison in April 2012 for allegedly insulting Islam through cartoons he shared on Facebook, and his home was firebombed alongside the homes of five other Christians.[7] Bishoy Kamel from Sohag received a court ruling in September 2012 of six years in prison for insulting Islam and President Morsi and his family on Facebook,[8] while Albert Saber Ayad from Cairo was arrested in September 2012 for running a Facebook page calling for atheism and insulting religions and posting the trailer for the anti-Islam film The Innocence of Muslims.[9]

Even those who work for the mainstream media are not safe from such charges. Egyptian actor Adel Imam was found guilty in absentia in February 2012 for “defaming Islam” in his films and plays, though in September he appealed the conviction and prevailed.[10] Al-Faraeen television presenters Tawfik Okasha and Hayat el-Dardiry were accused in October 2012 of blasphemy and inciting violence for presenting the Qur’an in an inappropriate fashion and inciting King Abdullah of Saudi Arabia to act more aggressively against Morsi.[11] Finally, 10-year-old Nabil Nagy Rizk and nine-year-old Mina Nady Farag, both Christians from Beni Suef, were arrested in October 2012 on the accusation of tearing up papers that included pages of Qur’anic verses.[12] They spent four nights in jail until they were released to their parents, despite the fact that Egyptian law deems it illegal to charge or imprison children at that age. A common thread appears amongst all of these cases: when facing blasphemy charges, the protections that the law and the constitution should provide for the accused are suddenly, for all practical purposes, no longer in effect.

It goes without saying that Article 98f should be revoked for contradicting rights given in the constitution and for violating international agreements of which Egypt is signatory. Yet with the country’s current Islamist government, it is unlikely that the article will be revoked, and indeed more likely that these cases will increase in number against opponents and critics of the government, particularly as dissent from all corners of Egypt intensifies.

However, even a legal solution, while a start, is not sufficient to protect citizens, for even those who are acquitted or otherwise cleared of blasphemy accusations still face social punishment. The Egyptian Initiative for Personal Rights tallied, from 2011 to 2012, 36 accusations of blasphemy that were dealt with extra-legally, which could mean such actions as being forced to leave your home by people in your community or getting demoted or suspended by your state employers.[13] Thus, both legal and social measures must be undertaken simultaneously to prevent such incidents from taking place. Until the current government is changed or miraculously changes its modus operandi, the witch hunts in Egypt will continue, and the case of Abdel-Nour will not be the last.