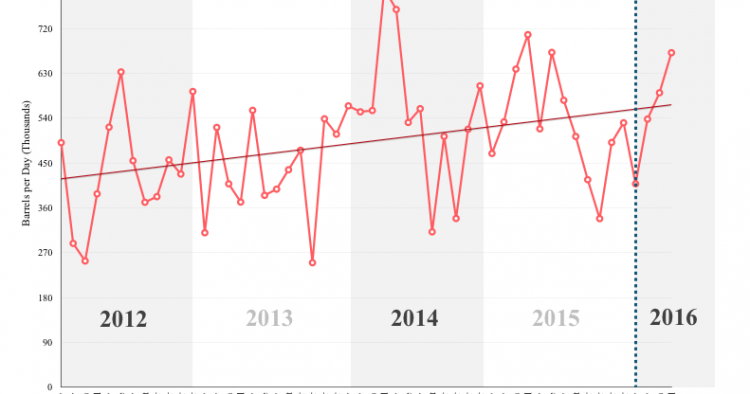 In 2011, China purchased 550,000 b/d, or 11% of its total crude oil imports, from Iran. However, the next year, China’s crude oil imports from Iran plummeted by 20% due to the imposition of nuclear-related sanctions on Iran by the U.S. and European countries. In 2012 and 2013 China’s purchases from Iran fell to just 8% of its total crude oil imports. Progress in the negotiations between Iran and the P-5+1 countries at the end of 2013 permitted China to restore crude imports from Iran to pre-sanction levels. Hence, in 2014 the volume of crude oil that China sourced from Iran increased by 28%. Since then, however, the numbers have remained relatively steady, registering just a slight increase after Implementation Day in January 2016 when some sanctions were lifted.

There are two main reasons as to why Chinese crude oil imports from Iran have not grown as much as might have been expected. First, Iran's oil industry has yet to fully recover from the sanctions and to regain its optimal production level. Second, China has continued to diversify its import sources in order to reduce geopolitical risks and oil supply uncertainties.