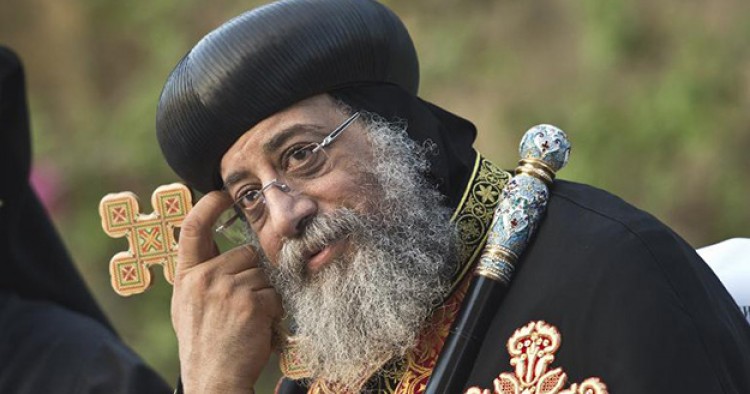 The Christmas visit of Egypt’s interim president Adly Mansour to the Coptic Cathedral in Cairo occasioned much commentary in the Egyptian press about a new era in church-state relations. Indeed, newspaper headlines heralded the visit as the first undertaken by an Egyptian president to a Coptic patriarch to offer congratulations on a Coptic holiday. The interim president’s magnanimity in making the visit was set in stark contrast to the parsimonious attitude of Hosni Mubarak, who would typically leave such obligatory greetings to a lesser figure in the Egyptian government. Set alongside the symbolism of the Christmas visit were statements made by several governors and Ministry of Interior officials to the effect that Coptic churches would enjoy heightened protection throughout the holiday period.

In the wake of the Mohamed Morsi presidency, characterized by the trauma of the April 7, 2013 assault on the Coptic Cathedral compound in the Cairo district of Abbasiya, the visit of the interim president and the assurances of security officials were of great significance. Since Morsi’s July 3, 2013 ouster, Egypt’s rulers have repeatedly promised Copts a reprieve from the uncertainty and violence that has plagued their community almost continuously since New Year’s Day 2011, when Alexandria’s Church of the Two Saints was bombed. Those heralding a new era in church-state relations point in particular to the new Egyptian constitution that was recently passed in a referendum. The charter includes the provision that church renovation and construction will no longer require the express permission of the Egyptian head of state—a requirement that for decades occasioned conflict and consternation among both Egyptian Christians and Muslims.

There can be little question that, set in the narrow context of Egypt’s “transitional” period since the 2011 revolution, these steps represent significant and meaningful change. But in the broader context of Egypt’s modern history, one cannot speak quite so blithely of a new era in church-state relations. Indeed, I would suggest that the interim president’s visit to the cathedral and the accompanying government moves represent mere reinvigoration of a pattern in church-state relations that has prevailed since the 1960s—a pattern that I have dubbed the “millet partnership.”[1]

Prior to Mansour’s recent visit to the Coptic cathedral, the most significant such visit undertaken by an Egyptian head of state was that of Gamal Abdel Nasser on June 25, 1968, when Saint Mark’s Cathedral was consecrated. In an image that is featured prominently on postcards and posters in Coptic churches throughout Egypt, Nasser joined hands with then Patriarch Kyrillos VI on the occasion of the consecration. Yet Nasser and Kyrillos were consecrating not only the cathedral, but a partnership between the Egyptian state and the Coptic Orthodox Church. This partnership would involve state acknowledgment of the patriarch as the chief spiritual and temporal representative of the Coptic community, in exchange for steadfast church support for state policies.

Although Mubarak may well have struck Copts as stingy in his respect for Coptic holidays, this partnership between the Egyptian state and the Coptic Orthodox Church facilitated a vast expansion of church activity, notably in social services, from the late 1980s through the 2000s. For Pope Shenouda, under whose stewardship this expansion took place, the rise of church institutions permitted him to influence far greater numbers of Coptic Christians than his predecessors had. For Mubarak, the partnership with Shenouda was a vital means by which to co-opt the Coptic community—to ensure Coptic political quiescence.

Of course, this quiescence was shattered in the wake of the 2011 New Year’s bombing, when Copts took to the streets in unprecedented fashion to condemn the state’s disregard for their security. The protesters were sending a message not only to the Egyptian state and to Muslims, but to their Church leadership as well.  To demonstrate in that way was an act of defiance against the Church, specifically against the Church hierarchy’s partnership with an authoritarian state. Indeed, Shenouda’s partnership with Mubarak meant that there existed no secular leadership of the Coptic community untainted by complicity with the government—no independent voice willing and able to voice Copts’ grievances. To venture into the streets without Shenouda’s blessing was to question his partnership with Mubarak and to give voice to a political vision independent of that of the Patriarch.

These protests were among the most important precursors to Egypt’s 2011 revolution, during which Copts and Muslims came together to demand Mubarak’s ouster. However, with the rise of Morsi as president, those Copts who had supported the 2011 revolution gradually saw their hopes betrayed. The self-proclaimed “president for all Egyptians” not only failed to appoint the Coptic vice president he had promised, but went on to disregard all voices of dissent during a time when Egypt’s “democratic transition” was extraordinarily fragile. The church-state partnership that Nasser and Kyrillos had fostered in the 1960s was effectively reduced to tatters, particularly when prominent members of the president’s Muslim Brotherhood organization engaged in explicitly anti-Coptic incitement during public rallies.

This is the context within which one must understand the support of the current pope—Pope Tawadros—for the current military-backed order. Regrettably, the Morsi presidency’s continuous emphasis on the “rule of the majority” practically obliterated whatever faith Copts had in the pluralist potential of the 2011 revolution. As a result, the Coptic community has come to endorse the status quo ante of the millet partnership—this time between Tawadros and General Abdul-Fattah el-Sisi.

There is, of course, much that is tragic about Egypt’s current predicament – about the stark contrast between the high hopes of 2011 and the disillusionment of 2013-14. But there is a particular sense of tragedy associated with the Coptic community’s experience of the Egyptian revolution and its aftermath. Arguably, the 2011 revolution held the promise of a transformation not only in the Egyptian state, but in the Coptic Orthodox Church as well—a church that has grown apace in recent decades, but that has nonetheless tended to mirror the authoritarianism of the state. For those Copts who had the courage to call for change in both their church and their state back in 2011, today’s return to the millet partnership must seem doubly tragic.