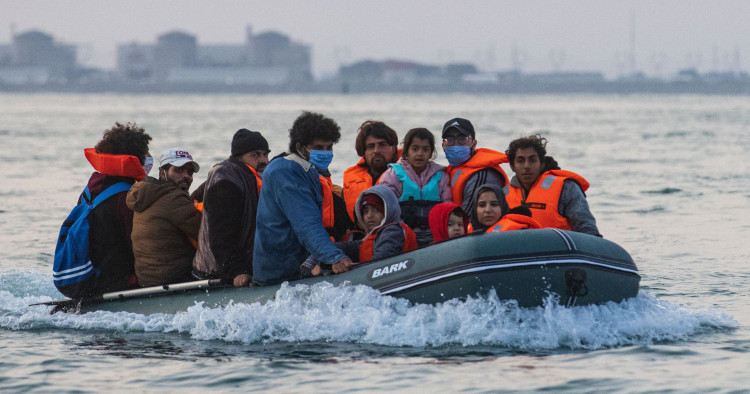 Climate-induced migration can already be observed throughout most of the Middle East and North Africa. In the Gulf region — comprising the Gulf Cooperation Council (GCC) hydrocarbon-producing countries of Saudi Arabia, the United Arab Emirates, Kuwait, Qatar, Oman, and Bahrain — this phenomenon has so far been less prevalent and looks to be somewhat less disruptive to local communities and economies. But the link between climate change and migration in the GCC has yet to be studied extensively or systematically. And while the GCC states are collectively investing billions of dollars in developing renewable energy, climate change patterns in neighboring regions, combined with rising average temperatures, could eventually trigger more serious climate migration problems for the Gulf countries themselves.

Climate change impacts already negatively affecting the GCC include desertification, biodiversity loss, water scarcity, and sea level rise. These factors cause serious soil degradation in addition to salt intrusion in aquifers, compromised food security, and population displacement. A World Bank and French Development Agency (AFD) study found erratic rainfall and drought could also lead to more migration in the MENA region including the GCC, especially among the poorest households and the groups most vulnerable to climate shocks.

The GCC presently hosts around 30 million international migrants, mostly economically driven, many of whom work in energy-intensive industries. Yet as fossil fuel-induced changes to climate patterns intensify, the rate of in-migration from poorer regions to the oil-rich Gulf will likely rise, despite the latter region’s own forecasted climatic challenges. The GCC could even potentially be the recipient of some of the 143 million climate migrants from Southeast Asia and Sub-Saharan Africa, as well as Latin America that the World Bank expects could be displaced by 2050. At the same time, the costs to mitigate the impact of such climate migration are set to increase as well.

While climate migration is as old as history, the pace of change under modern-day trends is concerning. According to new research, prehistoric climate change led to human migrations across Arabia over the last 400,000 years, altering human occupation patterns across the peninsula as people moved toward high-precipitation areas. In recent years, however, Saudi Arabia has faced climate hazards, including flash floods due to heavy rainfall, especially in the mountainous southwestern regions of the country, sand and dust storms, and longer periods of drought — factors that may lead to spikes in migration.

According to the United States’ National Aeronautics and Space Administration (NASA), large parts of the Gulf region as a whole will become almost unlivable by 2050 due to rising average temperatures. The desert areas of Saudi Arabia will face some of the harshest impacts of global warming, including extended heat waves that last for months, not days. Other climate studies released in 2022 predict that temperatures in the Middle East may increase by 5°C by the end of the century, meaning that local populations, including in the GCC, will face major health and livelihood challenges. The Middle East may avoid the most extreme patterns of climate migration predicted to occur in other poorer regions of the world where climate and economic migration patterns are already escalating. Still, some 400 million inhabitants of the Middle East will be at risk of exposure to extreme heat waves that may also stoke social and political tensions.

Modeling climate-induced migration patterns is still a growing science. A clearer picture of these patterns might emerge once more accurate data on climate migration in the GCC is available, but further studies need to examine the determinants driving internal displacement patterns in each GCC country, intra-GCC, and foreign migration. According to the World Bank, by 2025, 80-100 million people in MENA, including the Gulf region, will be exposed to a level of water stress. In the Gulf itself, humidity and heat (known as wet-bulb temperatures) will be so high that portions of the region will be considered entirely uninhabitable by 2100. So far, harsher weather conditions across the Gulf are more tolerable because of the prevalence of air conditioning and large-scale use of desalination plants. However, many middle-class and wealthy citizens may also choose to reside abroad for part of the year, which could count as a form of seasonal migration.

The absence of regionwide cooperation mechanisms to address climate migration could also exacerbate the issue, fueling climate-driven migration from the rest of MENA to the GCC, where economic resources are more abundant. According to a 2021 White House report, 60% of the MENA region experiences high water stress that could trigger displacement.

Meanwhile, studies show that Gulf countries are pursuing climate change mitigation policies that might not be compatible with their more limited capacity to collectively manage trans-border environmental problems in a coordinated manner due to regional geopolitical tensions. Similarly, political differences hamper their ability to cooperate or integrate their respective natural resource management systems. Socio-economic preparedness is essential, along with shifts to alternative revenue sources to deal with the economic consequences of climate-induced migration. But the GCC states lack a clear regional policy to address this issue, and some have yet to incorporate it into their national security agendas, as many Western countries do.

Some Gulf countries, like the UAE, view climate action as an opportunity to find practical solutions, and so they increasingly offer sustainable environmental policies capable of slowing or arresting climate degradation, such as reducing carbon emissions by one-third by 2030. But more work is necessary when it comes to the narrower topic of climate-induced migration. Urban area climate-resilient planning can lower the rate of mass resettlement, for example. Specifically, resilient development patterns can reduce the scale of internal climate migration by as much as 80%, says the World Bank. Moreover, better migrant integration into urban settings could improve economic prospects there.

Another option is to create a fund in the GCC to address and mitigate the impact of climate-induced migration for affected populations. Furthermore, rural-to-urban migration plans should factor climate-induced sources of migration more carefully into budget and planning agendas.

Finally, education and awareness programs targeting local populations and policymakers will be critical. The U.N. is calling on governments to do several things: Adopt stronger climate laws and policies, formulate resilience strategies when weather events cause displacement, and develop climate modeling to predict potential natural disasters. Investing in research and financing successful models in those areas will incentivize the sharing of best practices among regional countries — crucial to tackling a problem that respects no borders or political boundaries.

Banafsheh Keynoush is a scholar of international affairs, a non-resident scholar with MEI’s Iran Program, and a fellow at the International Institute for Iranian Studies.