The Delicate Dance of Mahmoud Abbas 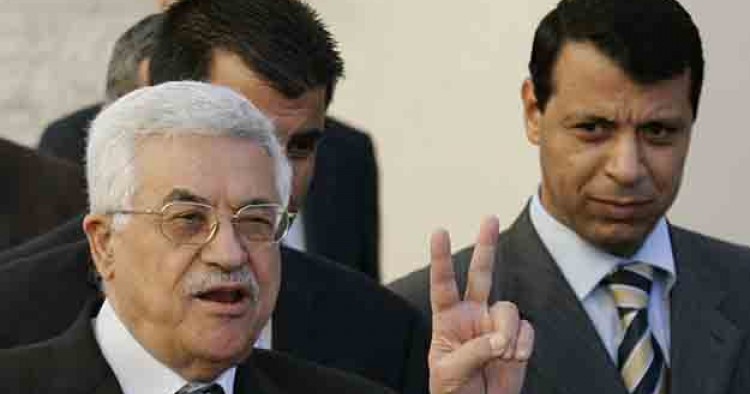 Mahmoud Abbas is soon to be 82 years old. He officially holds three titles, one as Chairman of the Palestine Liberation Organization (P.L.O.), one as the President of the Palestinian Authority, and one as the head of the Fatah party. The last of these titles was renewed this past week as Fatah held its party congress and re-elected the octogenarian leader.

That party election, the first since 2009, is the only sort of renewed legitimacy Abbas has. He was elected to the post of P.A. president in 2005, but his four-year term ended seven years ago and he has not stood for re-election since. The chairmanship of the P.L.O. is a position he inherited from Yasser Arafat and the representative institutions of the P.L.O. have long been in decline and are largely defunct.

Even this most recent Fatah party congress was surrounded with controversy, as an effort within the party to push for new leadership was sidelined. As much of the world is in transition, a growing number of eyes are focusing on the question of transition in Palestinian leadership. The White House, which has traditionally mediated the Israeli-Palestinian peace process, is itself in transition from Barack Obama to Donald Trump. While the former had invested in the peace process, albeit ineffectively, the latter is unpredictable and ushered in some of the most anti-Palestinian language ever into a national political party’s platform. Few could reasonably expect useful peace talks on the horizon, and thus getting the house in order with an eye to the future has become a bigger priority.

But the task is not so easy. Palestinians' representative institutions are already weak. The P.L.O. has largely emasculated itself, the Palestinian Authority is divided and fiscally unsound, and Fatah, while still the largest faction in Palestinian politics, has never seemed less relevant to the national agenda. Additionally, pressure is mounting from outside of Palestine to impose a leadership transition in the West Bank. The effort being pushed by the U.A.E., Jordan, Egypt, and Saudi Arabia aims to install a triumvirate to take over from Abbas. The central player in this saga is Mohammed Dahlan, who is serving in an advisory capacity in Abu Dhabi.

The U.A.E.’s politics toward political Islam is well known, as is Dahlan’s reputation for cracking down on political Islamists. Installed as a strongman in the West Bank, he would allay the concerns that states like Egypt, Jordan, and the U.A.E. have about the prospect of political Islamists (Hamas) rising to fill the post-Abbas void, or at least that is the thought.

Other replacements alongside Dahlan include Yasser Abed Rabbo and Salam Fayyad. It is unclear whether these three would work together as ministers in the Palestinian Authority or each taking on one of the roles Abbas currently holds. For his part, Abbas has rejected such ideas and taken steps to sideline each of these potential replacements. His refusal to accommodate the desires of the outside players has resulted in funding drying up, making it harder for Abbas to find ways to pay his loyalists and security forces. At the same time, Dahlan has been building an alternate system of patronage, with particular focus on Palestinian refugee camps in the West Bank, where clashes have erupted in recent weeks and months between P.A. security forces loyal to Abbas and armed Fatah elements in the camps.

Dahlan, in what seemed like an audition of sorts, hinted at the idea of a group replacement in a recent interview with the New York Times. “Quote me,” he told the NY Times’ Peter Baker, wanting to make sure this message in particular made it into the article, “I don’t want to run in the presidential election” However, Dahlan added, “I’m ready to be part of any team. I’m ready to be a soldier. I’m ready to be anything. But with vision and plans and real leadership.”

For years Mahmoud Abbas set aside dealing with problems of internal legitimacy and was able to do so in part because his project was being funded by external sources, including Gulf countries. Now that that funding is less available, he will likely be unable to sufficiently raise enough revenue from an economy under occupation to maintain his already questionable hold on power. As tattered, problematic and dependent as Palestinian representative institutions might be, however, they are still Palestinian. Abbas may not have been elected in 11 years, and when he was it was by only a subset of Palestinian stakeholders, but it was still Palestinians who participated in the choosing. To have a different set of Palestinian leaders effectively installed by foreign governments would represent a further degradation of Palestinian institutions. There are a few different options Abbas has to try to hold this off.

One option would be to pivot toward internal reconciliation with Hamas. The risks of this include further alienating the United States and some Gulf countries, but it could heal a rift in Palestinian politics that has only served to weaken the Palestinian agenda. Another option would be to go the route of reinvigorating the P.L.O. and folding Hamas into it. This would give the organization a newfound legitimacy and energy after years of dormancy. The return to an umbrella approach that brings in all parties, and could also possibly make space for Palestinian citizens of Israel, maybe well positioned to play a role in the Palestinian collective agenda if the two-state paradigm collapses entirely in the coming years, as seems to be the case.

Finally, Abbas can choose to keep things as they are and hope external conditions will change making more options available in the future. This last option seems the least prudent, but all indications coming out of the most recent Fatah congress point to it being the option Abbas favors, at least for now.