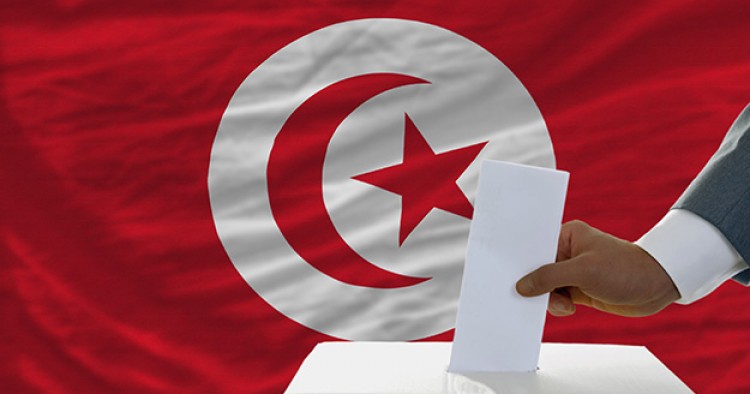 The world is once again looking upon Tunisia with high expectations for its first general parliamentary elections on October 26, almost four years after a revolution that ousted dictator Zine el-Abidine Ben Ali. The leaders of Tunisia’s two main political actors – the secular Nidaa Tounes Party and the Islamist Ennahda Party – are prioritizing economic development and security issues in their platforms. While these matters are of great importance to building a stable and democratic Tunisia, it is remarkable that discussions about human rights and transitional justice have been almost entirely absent in the campaigns of these and other parties and candidates.[1]

This lack of attention to rights and justice is particularly relevant given that many senior members of Ben Ali's Constitutional Democratic Rally (RCD) party are being released from prison and are even making their way back into politics. Indeed, some are contesting this month's parliamentary elections or next month’s presidential ballot. Leaders of Ennahda and Nidaa Tounes, which has integrated some key figures of the former regime, defend this development primarily by highlighting the need to balance Tunisia's political landscape. Islamist dominance and political polarization led to a major political crisis last year that forced the troika (the government coalition formed by Ennahda, Ettakatol, and the Congress of the Republic) to resign. However, increased political plurality should not occur at the expense of a discussion about rights and justice. Indeed, limited transitional justice and persistent corruption and human rights violations are amongst the root causes of continuing economic malaise, political disillusionment, and the radicalization of some Tunisians – key threats to the transition.

Shortly after the revolution, three commissions were launched to investigate human rights violations and corruption during the previous regime and the revolution. The troika government even created a Ministry of Human Rights and Transitional Justice, headed by Ennahda's Samir Dilou. However, many opposition parties and international organizations criticized the tying of transitional justice to the executive rather than an independent body, arguing that this could easily politicize the process – especially because Ennahda had suffered more than any other movement under Ben Ali. As a political opponent complained at the time, “Ennahda demanded reparations for all people that were persecuted under Ben Ali, but now they are in power and much better off than most of us. For me reparations equals stealing money.”[2] This was a position shared by many people who feared that Dilou's ministry was yet another means to support the interests of Ennahda's constituency.

However, far from the ambitious period directly after the revolution, the political mood soon changed. “Very quickly, we realized that transitional justice, good governance, and fighting corruption were not priorities,” said a minister of the troika.[3] This was partially because the troika period focused on constitution-drafting – a process that was much more time consuming than initially expected. Ennahda leaders also gradually realized that they had to come to terms with at least some of their historical enemies in Ben Ali's RCD Party to avoid a scenario similar to that in Egypt. More recently, as one Islamist close to the Ennahda leadership explained, “Ennahda has also come to realize that Nidaa Tounes and other anti-Islamist voices are actually helping the party to create itself, to define its ideology and program” by distancing it from the “other.” “They also help [Ennahda by sharing] the responsibility for the various mistakes committed in this transitional period,” he said.[4]

It is in light of these shifting priorities that many deputies of Ennahda voted against a political exclusion law that could have prevented thousands of members of the RCD from running for elections. Prior to the vote, international organizations voiced reservations over the broad scope of the proposed law and the transparency in its application.[5] Despite such criticism, many members of the Islamist base strongly supported it and deeply resented the government for not passing the legislation. These people saw yet a glimpse of hope when, shortly before Ennahda's resignation in January 2014, a transitional justice law was passed that created a Truth and Dignity Commission tasked with addressing human rights abuses during the regimes of Ben Ali and Habib Bourguiba. The success of the commission remains, however, uncertain, partly because of its broad tasks that encompass a period of almost 50 years. “The Commission was just established to calm people down; the law can never be implemented,” said a Tunisian transitional justice expert. “Ennahda used the law to convince people that they were doing something, but we gave Samir Dilou's ministry a lot of money [and] for three years nothing happened.”[6]

Now that most senior officials of the RCD have already left prison, it is unlikely that any major achievements in transitional justice will still occur. Indeed, of the around 20 senior RCD officials imprisoned after the revolution almost all are now free, including Ben Ali's interior ministers Rafik Haj Kacem and Abdallah Kallel. Upon his release from prison, Mohamed Ghariani, the secretary general of the RCD at the time of the revolution, even became a chief advisor of Beji Caid Essebsi, head of the Nidaa Tounes Party.[7] At the same time, under the current caretaker government of Mehdi Jomaa, the Ministry of Human Rights and Transitional Justice and the related Ministry of Good Governance and the Fight against Corruption, headed by Ettakatol's Abderrahmane Ladgham, were abolished. Although officials state that this is due to the inefficiency of both ministries, Ladgham's ministry pursued several projects, including the establishment of good governance cells in every ministry and a German-Tunisian academy of good governance, which have been halted as a consequence.

As the main parties and candidates stress the need to revive the economy and tackle security concerns, their efforts are likely to remain limited as long as they do not also engage in a discussion about political and socioeconomic rights and justice. Indeed, a recent study found that persistent corruption and a lack of good governance are key factors behind the economic hardship suffered by many Tunisians, as economic power remains concentrated in the hands of a few people.[8] Young people and women especially remain excluded from economic life and are also underrepresented in politics. The lack of justice felt by many Tunisians – including the injured of the revolution and the families of the martyrs – is contributing to their political disillusionment and might in some cases promote processes of radicalization. Recently, Human Rights Watch found that Tunisia’s draft antiterrorism law may lead to arbitrary trials and human rights violations,[9] which in turn may foster further radicalization.

Although this week's elections could once again lead the example in the region, parties and candidates still need to address many of the mistakes committed under the previous regime as well as those still being carried out. Otherwise, they risk creating similar political and socioeconomic conditions that led to the uprisings almost four years ago.

Read Also: "The Tunisian Elections: Toward an Arab Democratic Transition," by Larbi Sadiki

[3]     Author interview with minister of the troika government, Tunis, September 2014.