Do Kerry’s Remarks on Syria Represent a Break with Previous Policy? 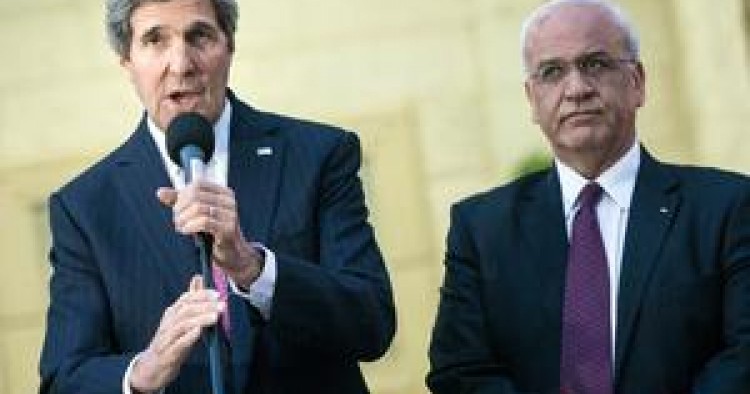 Over the weekend, the Western and Arab media reported extensively on U.S. Secretary of State John Kerry’s remarks, given on the fourth anniversary of the Syrian revolution, that the United States must negotiate “in the end” with Bashar al-Assad. Are his remarks anything new, or do they represent a continuation of previous policy? MEI’s Robert Ford weighs in.

Do Kerry’s remarks represent a change in U.S. policy toward the Assad regime?

No, they represent longstanding U.S. policy; there is no change. The U.S. government has always said that there needs to be a negotiation between the Syrian government and the opposition for a transition.

Why did the remarks spur such a media response?

Kerry didn’t repeat the sentence about Assad having lost legitimacy, and so the media is trying to create a story. The media should remember what President Obama said when he met with Qatar’s emir, Sheikh Tamim bin Hamad al-Thani, three weeks ago. The president mentioned specifically that Assad has lost legitimacy and that Syria will not be stable again until there is a transitional government that moves Assad out.

Are the nuclear negotiations with Iran impacting U.S. policy toward Syria?

The Iranian nuclear negotiations aren’t weighing on U.S. policy toward Syria, as there is a wall between the negotiations and discussions about Iran’s regional policies, like Syria. However, the American effort in Iraq, which indirectly includes Iran-backed militias, does weigh on our Syria policy. There is a concern that if the Americans militarily attack Assad, Shi‘i militias in Iraq could retaliate against the American trainers on the ground at Iranian behest. But that seems to forget the fact that the Iranians had their militia friends attack us regularly between 2005 and 2011, when we finally withdrew our troops. And in all likelihood, once they feel that our air campaign against ISIS in Iraq has served its purpose, they will attack our forces there again.