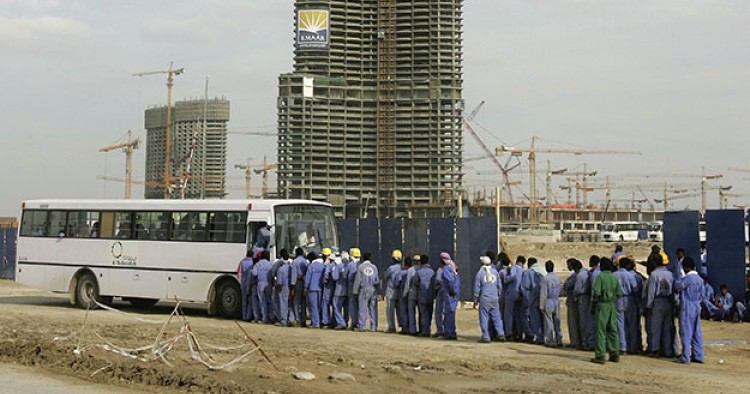 “Open Doors; Open Minds”—the tagline of the Sheikh Mohammed Center for Cultural Understanding (SMCCU), a non-profit organization advocating awareness and understanding among the various cultures that live in Dubai—epitomizes Dubai’s emergence as an international trade and transit hub as well as a place of cultural symbiosis that hosts diverse nationalities from almost all corners of the globe. Within a span of less than four decades, Dubai has undergone an impressive transformation from a small desert economy dependent on pearl trading and fishing to an “oasis of opportunity” with booming economic sectors such as real estate and construction, tourism and hospitality, mass communications, shipping and logistics, and retail and finance.

Dubai’s economic miracle epitomizes the success of an innovative state-led capitalist growth model. The Dubai model is unique in that its foundation and strategies not only capture the dynamics of various existing development types (such as the Anglo-Saxon, the Continental European, and the East Asian models), but also demonstrate the success and efficacy of harnessing locational and comparative advantage to excel in the modern era of incipient globalization.

Dubai’s growth is a remarkable case study of economic diversification away from resource dependence. Realizing that oil revenues would significantly decline and could not provide a solid base for economic growth, in the mid-1980s Dubai’s rulers strategically shifted to foreign trade as the main source of income. Dubai leveraged its historical legacy of being an open trading economy and developed adequate infrastructure for facilitating trade, such as ports and airlines, which further stimulated the growth of industries such as tourism and the financial sector. Visionary leadership spearheaded this diversification. The founder of modern Dubai, Sheikh Rashid bin Saeed al-Maktoum, emphasized the need for the liberalization of trade, declaring, “What is good for the merchant is good for Dubai. Trade is what defines and moves Dubai and we are here to ensure its smooth facilitation.”

The growth of free-trade zones in the 1990s provided further impetus for the evolution of Dubai as a trade hub, and high quality logistics and port clusters emerged as well. These free zones and clusters spurred re-exporting activities, which largely involve non-energy exports. In 2012, Dubai’s re-exports reached around $43 billion, or 77 percent of the UAE’s total re-exports volume.

Dubai’s economic success can be substantiated from its sustained real annual GDP growth rate of 4 percent over the last three decades (1990-2010). Importantly, the annual GDP growth of non-oil sectors was 8 percent during the period 1975-1990 and peaked at 11 percent during 2000-2008. Due to Dubai’s successful economic diversification, the UAE's dependency on hydrocarbon revenues has been declining substantially. During the period 1990-1999, hydrocarbon export revenues accounted for an average of 70 percent of the UAE’s total export revenues; during the period 2000-2010, these revenues declined considerably, to 55 percent.

Another factor behind Dubai’s growth has been its strategic location in the trade network connecting Asia with the Mediterranean and North Africa. Asian markets serve more than two billion people, and India and China together comprise 40 percent of the world’s population and boast a GDP of $4.8 trillion. Such markets provide Dubai with an ocean of opportunities to not only leverage its trade and transit hub advantage, but also to strengthen its links with Asia and Africa. Maritime Asia complemented Dubai’s emergence as a critical node in the changing economic geography of the present century via, for instance, the reorientation of the Byzantine trading interconnections along the Silk Route that for centuries defined mutually reinforcing economic and commercial exchanges among early globalizers in the Middle East, maritime Asia, and the industrialized West.

Dubai’s historic relations with India not only propelled increasing economic interdependencies, but also created numerous opportunities elsewhere in the economic hinterland spanning from the Mediterranean to Africa. Before Dubai’s emergence as an international trade and transit hub, India was the leading destination and source for Dubai’s exports and imports. The Indian rupee was largely circulated as a legal tender in the Gulf region, including Dubai. Commercial exchanges between the two countries included dates, pearls, textiles, and numerous other goods and services. This period also witnessed manpower exchanges through the settlement of wealthy Indian merchants in Dubai and throughout the Arabian Peninsula. Indian merchants by virtue of their skill and expertise not only revolutionized the commercial landscape but also expanded their business activities beyond the Gulf into Africa and other regions from their bases in Dubai. Now, with the Indian economy moving away from agriculture to services, India’s relations with Dubai and the UAE are growing both in scope and depth. India is currently the leading destination for Dubai’s exports, re-exports. and imports, and two-way trade between the UAE and India has increased by more than 250 percent over the last six years. In 2011, India accounted for more than 50 percent of Dubai’s total exports and re-exports. As such, the UAE has replaced China and the United States as India’s main trading partner.

The corollary to the evolution and growth of Dubai is that it has attracted a huge expatriate work force that constitutes the cornerstone of UAE’s demography. Dubai features a cultural mosaic comprising diverse nationalities and cultural orientations. The city-state boasts over 150 nationalities, the majority from maritime Asia and others from the Middle East, Europe, North America, and Africa. While Arabic is the spoken language and English is the language of the workplace, other languages such as Hindi, Urdu, Tagalog, Swahili, and Afrikaans are widely spoken.

Dubai’s cultural amalgamation is a unique case of “classical symbiosis” in which different organisms collude and survive together for mutual benefit. While economic compulsions encourage nationals and expatriates to cooperate in commercial space, different cultural orientations and socioeconomic structures may cause them to maintain insular identities. Simultaneously, the national authorities maintain a liberal environment for the expatriate workforce to preserve and practice its respective cultural identities. For instance, many expatriate groups observe religious holidays with ease; the Hindu community is one such group that celebrates its Diwali festival and other religious functions across Dubai.

At the same time, connections within the expatriate community not only create intercultural inclinations but also cultural assimilation. For example, there are many cases of marriages between Indians and Filipinos, which otherwise may not be possible. There are also many cases of interregional Indian marriages taking place in Dubai.

Dubai’s economy is a case for academic exploration in regard to transnationalism, geoeconomics, geopolitics, geoculturalism, migration, regionalism, globalism, and regional integration. Dubai is not only an international trade and transit hub consisting of multimodal clusters and free zones, but also a unique cultural amalgamation. Dubai’s commercial soft power transcends the Arab world and can act as a prototype to be investigated in regard to new dimensions of sociocultural interaction.

Turning the Tide: How Turkey Won the War for Tripoli