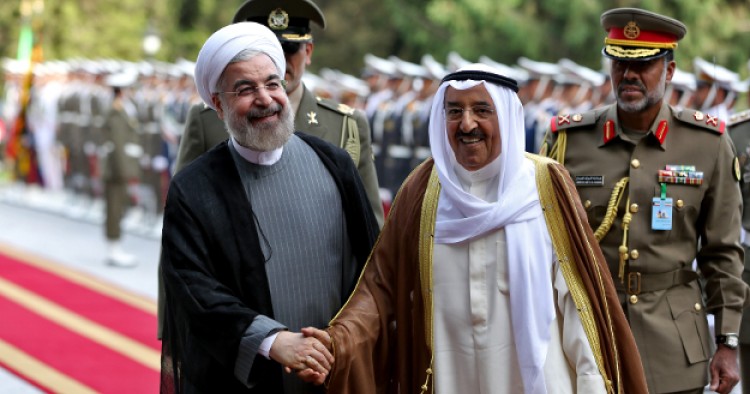 The New Year has seen relations in the region spiral out of control with Saudi Arabia cutting off diplomatic ties with the Islamic Republic of Iran. Sectarian tensions mounted following the execution of prominent Saudi Shi’a cleric Nimr al-Nimr and the subsequent attack on the Saudi embassy in Tehran. The immediate impacts of this escalation will likely be felt in Yemen, with the latest ceasefire collapsing over the New Year, and in Syria where U.N.-sponsored peace talks are set to begin later this month. With a resurgent Iran, emboldened by the lifting of sanctions and the recognition of global powers of its nuclear program, and a young, ambitious leadership in Saudi Arabia, it is likely that such diplomatic stand-offs will be a common occurrence in the near future.

Ongoing tension between the Middle East’s two most important powers means continued turmoil and conflict throughout the region. Repairing Saudi-Iranian ties is an urgent requisite to achieving stability in the Middle East. How can we once and for all achieve such an outcome and bring to an end the seemingly never-ending crises in the Middle East? One obvious answer is through increased intra-regional trade and economic cooperation.

There is a lesson to be learnt for the region from the European example. Prior to the establishment of the European Coal and Steel Community, the precursor to the E.U., European states were—much like the Middle East today—stuck in a vicious cycle of intra-continental wars—two of which ended up becoming global conflicts. The European Union, which was in the 1950s predominantly an economic agreement that later became a political union, created an environment where political disagreements between countries were contained as economic interdependence added a collaborative regional dimension to each state’s national interest.

In 2004, the United States, perhaps unknowingly, derailed what was probably the most promising regional trading bloc when it opted to sign free trade agreements with the Gulf Cooperation Council states of Saudi Arabia, Bahrain, Qatar, Kuwait, Oman and the UAE on an individual basis rather than as a collective. When news of negotiations between Bahrain and the United States were made public in the summer of 2004, Saudi Arabia discreetly urged Manama to scrap the deal. Saudi then took the unprecedented step of suspending a donation of 50,000 barrels per day of oil to Manama. In September 2004, the United States and Bahrain announced that they had signed the first free trade treaty with a Gulf state (Oman later also signed a deal). As Saudi writer Abdul Aziz al-Sager noted in an article in 2005, “The US realizes that negotiating at a bilateral level gives it immense bargaining power contrary to the preferential terms the GCC countries could extract if they negotiated collectively.”

The repercussions of this announcement in the region were unprecedented. The Bahrain deal, Saudi argued, was in direct violation of the GCC economic agreement signed by the Supreme Council of the member states in Muscat in 2001, which states: "no member state may grant to a non-member state any preferential treatment exceeding that granted herein to member states, nor conclude any agreement that violates provisions of this agreement." The situation was so sensitive that GCC ministers meeting in October 2004 didn’t mention the free trade agreement.

When its request to scrap the agreement was unmet, Riyadh reacted by imposing a 5 percent custom duty on imports from Bahrain, effectively ending the GCC free trade pact with the island state. Saudi Arabia then boycotted a December 2004 meeting in Manama of Gulf economy and finance ministers. As a sign of the gravity of the situation, Riyadh, for the first time ever, downgraded its participation in the December 2004 Gulf leaders’ summit in Manama and was represented by its foreign minister instead. Analysts predicted that as a result of the Saudi’s suspension of oil, “the economy of Bahrain will experience a major blow that will greatly restrict its growth prospects.” The damage was so profound that the GCC economic union has continued to suffer numerous setbacks ever since, from the collapse of the single currency to instantaneous trade barriers that sporadically surface at border crossings, resulting in truck queues that stretch over a dozen miles.

The Bahrain FTA was part of the Bush administration’s 2003 plan to establish a U.S.-Middle East Free Trade Area that today includes Israel, Jordan, Morocco, Bahrain and Oman. The plan was for the treaty to include all Middle Eastern states by 2013. The major problem with that plan was that not only did it deal a severe blow to the only viable trade bloc in the region—the GCC—but it also made regional states less dependent on each other. Even if all Middle Eastern states sign FTAs with the United States, it does little to promote regional economic integration.

Rather than encourage the GCC states to strengthen their trade bloc, and push them to include countries such as Jordan, Iraq and Yemen in an initial phase with the potential to later expand to include Syria, Egypt and even Iran, the United States effectively put the brakes on Gulf—and thus regional—economic integration. Partly as a result of this intra-Gulf fracture, other agreements that the Gulf states were negotiating as a collective, such as the GCC-EU free trade agreement, were also halted in 2008.

Today, a potential regional trade bloc that includes Iran is further away than ever. Soon after Saudi Arabia severed diplomatic ties with Iran, it announced that it would end all trade and flights to the Islamic Republic. Iran reciprocated by banning all imports from Saudi Arabia. For Iran and Saudi Arabia, severing trade links did not significantly affect their respective economies in the same way that severing ties with the UAE would have. The UAE exported over $12 billion worth of goods to Iran in 2013, mostly from Dubai. There is no doubt that as a result of trade interdependency, Iran and the UAE would have second guessed a severance of ties, unlike the case of Iran and Saudi Arabia. In the end, Abu Dhabi opted to retain its relations with Iran, albeit downgraded, thus giving further credence to the need to develop regional economic interdependence as a means to stabilize the Middle East.

If Europe can transition from a region of chronic war to lasting stability by emphasizing economic cooperation and development, so to can the Middle East. This is certainly an option that the United States, as well as other major global powers, can encourage and facilitate if enduring stability in the Middle East remains their ultimate objective.