Egypt’s Economy: Hanging in the Balance 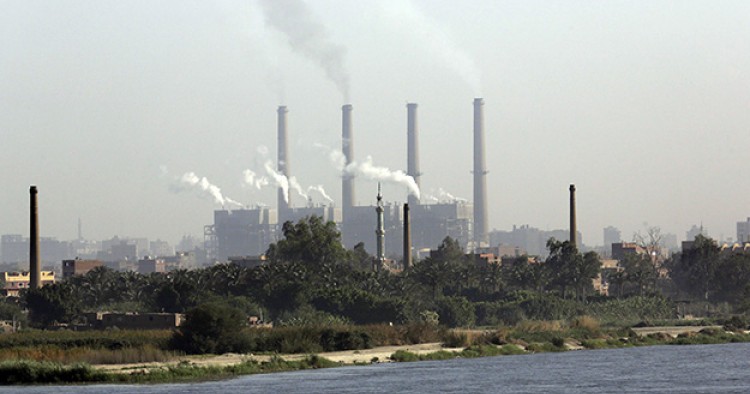 As 2014 drew to a close, the Egyptian economy was making international headlines. The Financial Times called Egypt the world’s best destination for stock market investment.[1] Meanwhile, the Egyptian press documented a flurry of visits by delegations of businessmen from various economic superpowers. Nonetheless, levels of poverty and unemployment remained high, and it remains to be seen whether these positive trends, and the upcoming economic development conference in Sharm el-Sheikh, will translate into a better quality of life for the majority of Egypt’s 90 million citizens.

Since Abdel Fattah el-Sisi swept into power following the ouster of Muslim Brotherhood President Mohamed Morsi in July 2013, both his supporters and critics have largely focused on his security policies. Increasingly, however, it is Sisi’s discussion of serious economic reforms—including subsidy reductions, tax reform, and large-scale projects such as the New Suez Canal, which are intended to create jobs and attract investment—that are capturing observers’ attention.

The 2011 uprising and the sustained security campaign to contain it were followed by devastating hits to key sectors such as tourism, a steep decline in foreign direct investment, huge losses on financial markets, and a worsening energy crisis. Many economists concur that Egypt was saved from economic collapse only by the billions of dollars pumped into the country by Gulf allies.

But in 2014, the economy seemed to be on the upswing. This was largely due to positive buzz centering on the Egyptian stock market, which began to show signs of improvement following the violent dispersal of two large Muslim Brotherhood sit-ins in Cairo in 2013. A perceived increase in political stability following the dispersal combined with financial support from the Gulf led to a rise in activity from local investors.

International investors also started paying closer attention to the market due to policies implemented before and after the May 2014 presidential elections. These included the repayment of $1.5 billion (out of $6.4 billion) of debt owed to foreign gas companies and measures facilitating the repatriation of money by foreign investors in the stock market.[2] Confidence in the market increased further when the new government undertook bold budget reforms, including the reduction of energy subsidies. Subsidies on energy and food comprise a quarter of Egypt’s annual budget.

A potential IMF agreement could further boost Egypt’s image to investors by demonstrating a commitment to reforms, including even more significant reductions in food and energy subsidies.[3]

Former presidents have been unable or unwilling to cut subsidies, fearing backlash from a population dealing with widespread poverty. In addition, “previous situations allowed the government to have a larger subsidy bill,” said Chris Jarvis, head of the Egypt mission at the IMF. “However, the government today cannot afford to continue with the subsidies as they are. There is public consensus in Egypt that supports subsidy cuts like the ones undertaken last summer,” he said.

However, the effects of last summer’s fuel subsidy reforms have not fully played out. As economist Amr Adly said in an interview with Mada Masr: “The tragic irony is that while fuel subsidy programs benefit the higher income brackets, lowering them will more negatively impact other groups, since a larger percentage of income in the lower strata is allocated to basic needs.”[4]

A major challenge is the lack of longitudinal data on the population, says Mohamed al-Komi, a professor of economics at the American University in Cairo. Without this, it is impossible to know how to reform subsidies so that they target those in need. If subsidy cuts continue, it remains to be seen how lower income Egyptians will respond to rising food and energy costs.

Though the interest in the Egyptian stock market is a positive sign, Mohsin Khan, senior fellow at the Atlantic Council, warns that the financial capital coming into the market is not enough on its own. “There is still a great need for physical capital in the form of foreign direct investment in the economy,”[5] he said. Foreign direct investment typically takes the form of a foreign investor building a factory or acquiring a managing interest in a company. Unlike investment on the stock market, it is seen by some economists as a more long-term way to create jobs.

Egypt also faces an ongoing energy crisis, rooted in the government’s inability to pay back the remaining $4.9 billion owed to oil and gas companies.[6] The result on the ground has been power blackouts that exceeded five hours a day in some parts of the country last summer. Even in the winter months, when household demand is lower, Cairo’s city blocks sometimes lose electricity for more than an hour each day. There have also been shortages of LNG gas canisters, which many of Egypt’s poor rely on for cooking.[7]

Egypt’s economic challenges must also be understood in the context of its social and political challenges. For one, the government has not undertaken any major labor reforms, and Egypt’s 25 million workers continue to organize protests to demand higher wages and better working conditions, sometimes leading to violent dispersal by police.[8] Such ongoing crackdowns against dissent frequently draw condemnation from local and international human rights groups and media, as well as some foreign governments.

It is clear that the government intends to continue with the reforms required to get its budget under control and attract investment, especially running up to this month’s economic development conference in Sharm el-Sheikh. But even if investment grows, much needs to change in the way that policies are designed and implemented if people’s lives are to improve.

Moreover, if Egypt’s leadership continues to view economic challenges as separate from issues of political reform and human rights, or as a justification to suppress those rights, the country could face a darker and less stable future than the one suggested by current positive economic indicators.

[2] Due to shortages of foreign currency, there had been fears that investors would not be able to pull their money out of the stock market without serious delay.