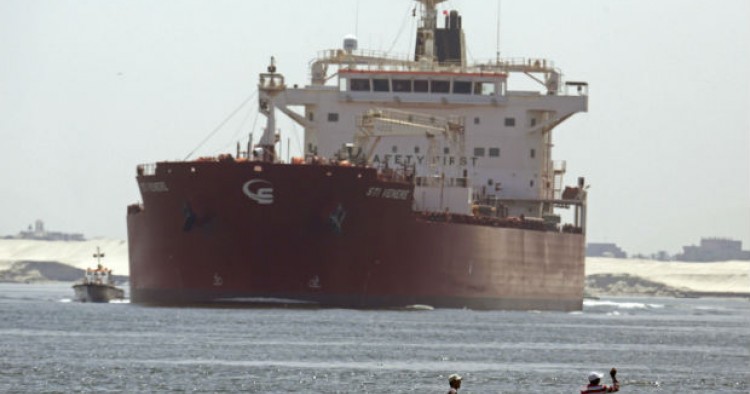 If it manages to overcome some rather formidable obstacles, Egypt’s much touted “mega project of the century”—the Suez Canal Corridor Project (SCCP)—has the potential to transform the country into a world-class center for trade and industry.

The SCCP was conceptualized in the late 1990s as the transformation of the Suez Canal area into a global economic hub, a major residential center, and agricultural zones along the length of the canal and adjacent provinces. A technology valley in Ismailia, an industrial zone west of the Gulf of Suez, and three tunnels to connect the banks of the Canal Zone are also part of the plan.[1] The area designated for the project is about 160 km2.[2]

The SCCP would extend Port Said East, located at the northern entrance of the Suez Canal. This port connects the Red Sea and the Mediterranean seas and serves as the main conduit for commercial ships to Europe, Asia, and Africa. At present, 8-10 percent of global sea trade passes through the Suez Canal, and annual revenues (about $5 billion) are in the form of transit fees ($150-200/container).[3] In Europe, ports are able to charge $2,000-3,000 per container for associated value added services, which the Suez Canal at present cannot provide. Hence, the potential for developing services to generate additional revenue is substantial.

The number of commercial ships that pass through the Suez Canal has increased steadily even during the recent turmoil (e.g., from 8,012 in January-June 2013 to 8,160 in January-June 2014).[4] With the saturation of the Panama Canal and the increase in oil prices (which make the short cut offered by the Suez Canal all the more attractive), the volume of traffic is expected to increase substantially. However, Port Said East is unlikely to be able to handle increasing volumes, and transit waiting times are likely to grow—hence the importance of developing the Suez Canal area.[5]

The SCCP has been designed for implementation in three phases, over a total of 20 years. Citing ‘security concerns’ in this strategic area, the government has placed the project under the overall supervision of the armed forces.[6]

In phase 1, Port Said and the Suez ports will be transformed into global warehouses. Facilities will be built to serve the navigation traffic, associated businesses and industrial projects. A container terminal as well as shipyard will be built, and a new wave breaker and dock walls and railways and telecommunications equipment will be put in place.

Work has already begun on a new 72-km-long waterway, which will run parallel to the current canal; about half of it will be dug fresh, and half will expand the existing canal. This segment of the project is expected to require 3 years to complete; it should reduce transit waiting times from 11 hours to less than 3, which will increase demand and revenues. A consortium of Egyptian companies as well as the Egyptian army will assume responsibility for developing the area.

In the second phase, an industrial zone will be established to host industries (such as the production of machinery, textiles, building supplies, packaging factories, ship maintenance centers) and light tourism. The third phase will set up a technology center in Ismailiya for technology, commerce, communications, and tourism.[7] The government expects that nearly one million jobs will be created.

Adel al-Lamei, chairman of the Port Said Maritime Chamber, estimates that the initial cost of project infrastructure will be about $20 billion[5]; other estimates run as high as $100 billion. With Egypt’s huge deficit (14 percent before the latest subsidies reform), the project will require foreign investors to step in.[8]

At least a dozen countries, including the United States, China, Norway, India, Russia, and Holland, have expressed an interest in investing in the project, as have countries from the Gulf such as Saudi Arabia, Kuwait and the United Arab Emirates. The Egyptian government has already signed an agreement with a Chinese company to develop part of the industrial zone. [9]

The government hopes that the SCCP will become a major growth engine in Egypt, and planners will have to carefully map out governing structures and laws related to the SCCP.  It is expected to be an autonomous independent authority, but questions related to coordination between government agencies, management of national security issues, and expeditious decision making on matters that affect investors will have to be worked out.

It is important that development projections be well examined so that the volume of projected traffic can be handled. Project managers could study the mistakes committed by Aqaba port authorities: poor planning led to congestion and an inability to handle the volume of containers, which resulted in the diversion of shipping lines from the Aqaba port, and imposition of extra charges.[10]

The financing of the overall project has not been determined. For the part related to the expansion of the current Canal, President Sisi announced that it will be an Egyptian-funded project, with “independent contributions from individual Egyptians”[11]; bonds will be issued by public banks. However, there are some reports that United Arab Emirates (and possibly Russian) money will be involved as well.[12] Work has begun to turn the Canal from “a single carriageway to a motorway halfway through,” in the words of one observer.[13] Sisi has asked that the project, which was scheduled to take 3 years, be completed in one year.  New challenges are likely to arise in each implementation phase and will require flexible handling within the overall framework.

Moreover, the SCCP must be part of an elaborated national economic development program that includes broader industrial, agricultural, and service sector goals at the national level. The SCCP provides an excellent opportunity for both vertical and horizontal integration with other firms and sectors further away from the Suez Canal proper.

A final challenge is securing operating expenses: One take away lesson from similar projects is that the payoffs are gradual, not immediate. This reality should be factored in all projections considered by the government.

The Suez Canal has been an important part of the Egyptian economy since its completion almost a century and half ago.  If properly enlarged and upgraded, it can turn the region into a global port, and be an engine for development and growth in Egypt for the 21st century.  But the mega project must be carefully planned and properly managed and lessons must be learned from similar attempts in other countries; otherwise, the project also risks draining valuable resources.