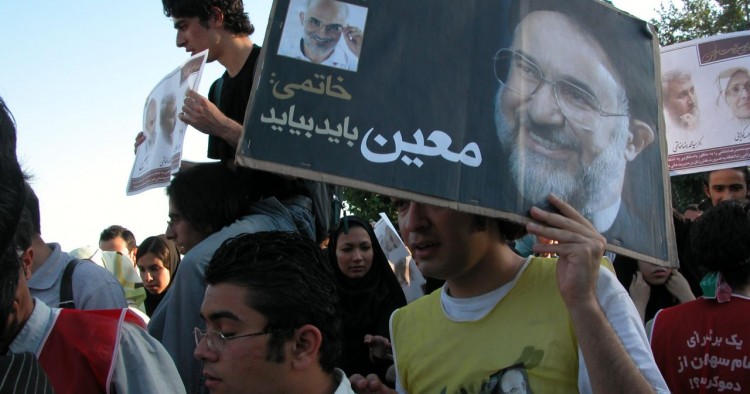 Pollution is a familiar story to Tehranis. Every winter a black, smelly cloud accumulates over Tehran. But the scale and intensity of the newest phase of invading toxic pollutants seems to have taken everybody by surprise. The sick and elderly are warned to stay indoors. Schools might be closed for a week. The officials estimate that the life expectancy of every resident of Tehran has dropped by five years due to pollution. And the argument over which institutions are responsible, and what measures should be taken, seem to be leading nowhere. The cars responsible for producing over 90% of the pollutants are an integral part of urban transportation and a vital source of income for many Tehranis. At the same time, the government is paying over $9 billion every year to subsidize gasoline that keeps the cars running. Even so, Tehran’s air pollution is but one case among the complex environmental problems in need of radical changes that are too politically sensitive to be taken on by any government.

As Tehran’s air pollution crisis reached its peak, Iran’s first environmental news agency — IREN — launched its website.[1]Almost all other national and local dailies also cover environmental news routinely. Many even have a special environmental page, a sign of heightened environmental awareness. Yet the very existence of these newspapers is under threat. An increasing number of papers and journals recently have been forced to shut down following sham trials, while the remaining ones find themselves at the mercy of a unrelenting press court and a repressive press law.

The number of environmental NGOs has been on the rise since President Muhammad Khatami opened the door to civil society institutions. One expert put their number at 500 in 2003.[2]These grassroots initiatives are promising indeed. Yet most of them have few or no resources — no labs, maps, or satellite image processing capability. They rely completely on the voluntary work of concerned citizens. They do not have a clear mission. In most cases, their officials are poorly trained and are poorly connected to universities or research institutions. And their activists try to stay away from suspected international advocacy institutions. Most importantly, they have no clear standing in the decision-making process. No wonder these NGOs have not yet been able to successfully oppose even a single project in the country.

There are reports about the sad condition of Iranian lakes, rivers, groundwater, and other water systems. Lake Bakhtegan has gone completely dry.[3]Anzali lagoon is considered by many experts to be terminally doomed.[4]Zayandeh Rood River in Isfahan annually goes dry in some seasons.[5]And with the demise of each, whole ecosystems are gone forever. Apart from record level drought, extensive dam construction and water diversions are behind this sad scene. Iranian officials seem to be obsessed with dam construction, when the adverse social, economic, and environmental impacts of large dams are now common knowledge. The guiding principle of water management in Iran is still the discredited view of not letting any drop of water be “wasted.”[6]The result is drying lakes. Why are dams still so central to water management in top-down development practices in Iran? Why is the opposition to them ignored even in the most extreme cases, such as Sivand Dam in Fars Province?

Lake Uromiyeh in the northwest has been in the news lately because it is going dry and its marine life is being destroyed. This is also a result of dams and water diversions.[7]This lake also has been subject to one of the world’s most bizarre engineering projects: a bridge is being built by pouring cement, sand, and rock into the bottom of the lake to fill it up to the surface and literally cut it in half. The idea is to build a road through it that reaches the bottom of the lake.[8]Had the bridge been completed as originally designed, the project would have disrupted completely the ecological life and functions of this lake. Needless to say, thius unified body of water kept moving, defying the engineering feat. How are these “development” decisions made? Who is overseeing the implementation of these projects? Where is Iran’s Environmental Protection Organization?

In the north of Iran, all reports indicate that the Caspian Sea is seriously ill. Its only mammal, the Caspian seal, is disappearing at an alarming rate.[9]Overfishing is threatening its fish stocks and fisheries, and its sturgeon and other caviar producing fish are going extinct.[10]A kind of comb-jelly fish, Mnemiopsis, an invasive species, is destroying the ecological balance.[11]Oil pollution, nuclear pollution, and urban waste are running into it and are threatening the ecosystem. Yet Iran and the other countries surrounding this body of water are still fighting over how to divide it between them. How are they going to address the pressing environmental problems of this sea absent a working framework for dialogue and cooperation?

What do these snapshots suggest? That the environmental problems faced by Iran are tied to Iran’s confused and rapidly changing political scene. Three decades after the revolution of 1979, there is still intense competition among political factions on how to define what it means to be an Islamic Republic. It is still not clear what it means to be a citizen of Iran, i.e. what rights and duties come with citizenship. A degree of freedom of the press exists, but the free press is still under constant threat. It is still not clear what model of economic development the country is pursuing. It is not clear how important decisions are negotiated, what institutions are involved, where the general public stands with regard to them, who is participating, whose values and aspirations are represented through what mediums, and whose voice is silenced. Overseeing institutions are constantly sidelined. The relationship between Iran and its neighbors, while friendly, is far from actively cooperative. Iran’s relations with the international community and international institutions of governance are also ridden with tensions. It is only in this political context that Iran’s mounting environmental problems can be understood. Absent a resolution of these contradictions, the environmental problems faced by Iran are the last thing in the mind of its citizens.

[2]. See Bagher Namazi’s summary report about Iran’s NGOs at the Wilson Center, http://www.wilsoncenter.org/index.cfm?fuseaction=events.event_summary&e…. Mr. Namazi, who has been running an NGO empowerment center, the Iran NGO Initiative, is the most reliable source about Iranian NGOs, yet this number should be taken with caution. Some of these so-called NGOs consist of a few enthusiasts in a small neighborhood with no real activity other than regular friendly meetings.

[6]. Persistence on not letting water be ‘wasted’ by completing its circle is such a common view in Iran that it is even repeated in Friday prayers.