Hezbollah: In Syria for the Long Haul 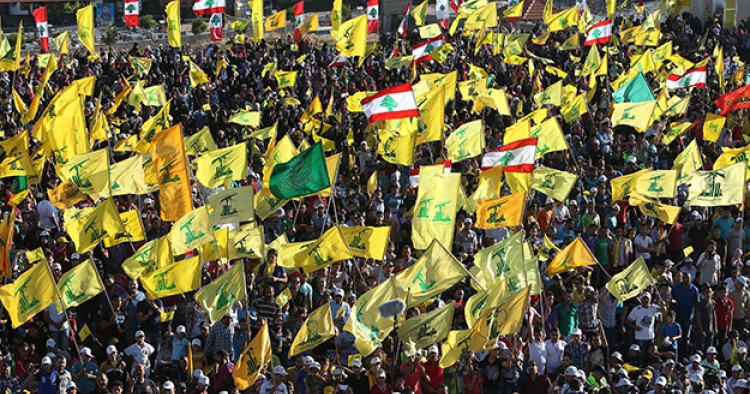 As Syrian President Bashar al-Assad gazes across Damascus from his palace on Mount Qasioun, he can be grateful to his Russian, Iranian, and Hezbollah allies that he is still in a position to enjoy such a view.

In early 2013, it looked as though Assad’s desperate two-year bid to cling to power was coming to an end as rebel forces closed in on central Damascus, preparing for a grand “spring offensive” that was supposed to bring the regime down. The turnaround in Assad’s fortunes was due to the decision of his allies to safeguard his regime with all means at their disposal. For Hezbollah, that commitment involved sending several thousand fighters into Syria in its biggest strategic shift since it emerged as an Iran-supported anti-Israel resistance in the war-torn Lebanon of the early 1980s.

Hezbollah’s well-trained fighters helped reverse the tide of the conflict by seizing the town of Qusayr in the Homs Province in June 2013 before moving on to secure the strategic Qalamoun region north of Damascus. Today, Hezbollah fighters are deployed across western Syria from Aleppo in the north to Daraa in the south.

Hezbollah may be the most formidable non-state armed actor in the world, but its intervention in Syria over the past two years has forced the party to learn how to cope with a set of military challenges for which it has had little prior experience. Until Syria, Hezbollah had always focused on only one enemy – Israel – and fought it in one geographical environment, namely the hills and valleys of south Lebanon. Over the years, Hezbollah developed a set of tactics and skills designed to level the playing field against the Israeli Army’s conventional superiority with its massed armored divisions, powerful air force, and technological edge. To defeat Israeli tanks, Hezbollah acquired top range Russian anti-armor missiles. To evade the Israeli air force, Hezbollah dug complex bunker and tunnel networks beneath the hills of south Lebanon. To place pressure on the Israeli government during a time of war, Hezbollah pounded Israeli towns and cities with rockets fired from a variety of cunningly disguised launch pads.

But in Syria, the enemy Hezbollah faced and the combat environment were very different from what it was used to. Bunker networks and long-range rockets are of little use against lightly-armed rebel fighters who, like Hezbollah’s cadres, seek inspiration from the Qur’an and have earned valuable combat experience after three years of fighting the Syrian Army. Furthermore, Hezbollah has had to learn how to fight in a variety of geographical theaters far removed from the comforting familiarity of south Lebanon, such as flat agricultural terrain of orchards and wheat fields, semi-desert landscapes, barren mountains, and the narrow streets and alleyways of Syrian towns and cities. In south Lebanon, Hezbollah traditionally fought in small units of around five men. In Syria, Hezbollah is deployed in larger formations and often fights alongside other units such as the Syrian Army and loyalist National Defense Force militia. In south Lebanon, Hezbollah cadres cross terrain on foot or by off-road rally bikes. In Syria, Hezbollah fighters sometimes operate tanks and “Shilka” mobile anti-aircraft guns. Hezbollah has a small fleet of pilotless reconnaissance drones and has flown some of them on surveillance and attempted attack missions in Israeli airspace. In Syria, Hezbollah has gone a step further and calls in air strikes by the Syrian Air Force against rebel positions.

In south Lebanon in the 1990s, Hezbollah used to attack hilltop compounds manned by Israeli troops and their Lebanese militia allies. Today, it is Hezbollah that is building compounds on the mountains along Lebanon’s eastern border with Syria and defending them from attack by the Sunni militants of Jabhat al-Nusra, al-Qa‘ida’s Syria affiliate.

While the war in Syria has expanded Hezbollah’s martial capabilities most of these new skill sets will be irrelevant in the context of a future war with Israel. Hezbollah will revert to its tried and trusted small unit tactics and will not be driving tanks against Israel’s fleet of Merkava Mk4s nor calling in air strikes against Israeli army positions.

The one key advantage that Hezbollah will possess next time around is combat experience. Before the Syria war, Hezbollah had not been in a state of constant combat since the 1990s when Israel was occupying southern Lebanon. But since 2012, a whole new generation of Hezbollah fighters has been bloodied on the battlefields of Syria. The Israeli media regularly quotes senior Israeli military commanders fretting about Hezbollah’s enhanced capabilities and what that will mean when the two enemies confront each other again.

Nevertheless, Hezbollah has paid a high price for its intervention in Syria. Perhaps nearly 1,000 fighters have been killed there, with many hundreds more wounded and crippled, some of them experienced combat commanders and veterans.

More broadly, Hezbollah’s traditional revolutionary discourse, ideological championing of oppressed peoples, and calls for intra-Muslim unity appear hypocritical and badly tarnished in light of the party’s military and political support for an Alawite-dominated regime that has used ruthless tactics to suppress a mainly Sunni opposition. In 2006, polls found Sheik Hassan Nasrallah, Hezbollah’s leader, the most popular figure in the Arab world. Today, he and his party have become beacons of hatred for Sunnis across the region. Shi‘i areas of Lebanon have been attacked by Sunni militants with suicide car bombs, rocket fire, and roadside bomb ambushes.

Hezbollah’s Shi‘i base of support by and large remains loyal to the party and has accepted the leadership’s argument that Hezbollah is fighting in Syria to defend Lebanon from the threat of “takfiris,” a term used to describe extremist Sunnis who regard as apostates all those who do not share their austere interpretation of Islam. Certainly, unease and misgivings were being quietly expressed within the Shi‘i community earlier in the conflict regarding Hezbollah’s role in Syria. Some were dismayed to see Hezbollah fighters switching from Israel to battle fellow Arab Muslims in Syria. Others pondered the cost of Hezbollah dragging Shi‘a into a confrontation with the Sunnis of Lebanon and the region.

But the rise of groups like the extremist Islamic State, and its brutal behavior across a swathe of Iraq and Syria, has forced most Shi‘a to rally around the Hezbollah flag.

The casualties among the cadres, Sunni anger, and the violent backlash against Lebanon’s Shi‘i community are a costly price for Hezbollah but one that it is prepared to pay. Indeed, it has little choice. The fall of the Assad regime and its replacement by an administration better reflecting the Sunni majority in Syria represents a serious strategic setback for Iran and a potential existential threat for Hezbollah.

Ever since Nasrallah admitted in May 2013 that Hezbollah was fighting in Syria, there has been persistent speculation in the Lebanese media that the party is on the verge of withdrawing some or all of its forces back to Lebanon. However, the reality is that Hezbollah is fully committed to the struggle in Syria, having long ago crossed the awkward Rubicon of confessing its role in the conflict to its community of supporters. Hezbollah will stay in Syria for as long as it, and Iran, believes it is needed.