How Vulnerable is Jordan? 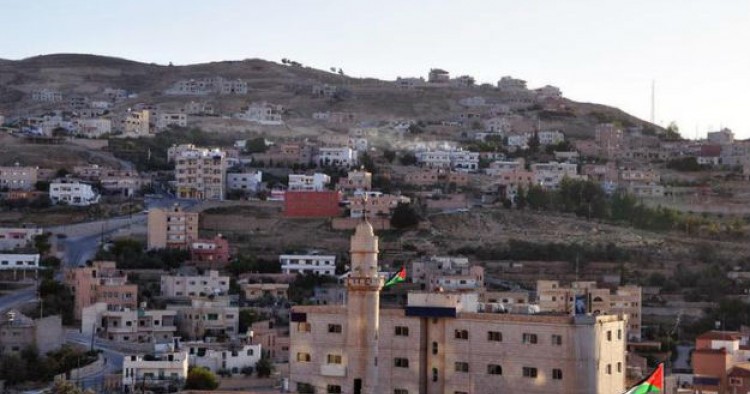 Jordan has survived – and at times even prospered – for decades because of its ability to collect “strategic rents.” Unlike its Saudi neighbor, which has long collected oil rents from the global market for its energy resources, Jordan has sold its geographical location, stable domestic politics, and pro-Western orientation to the United States and its allies on the Arab side of the Gulf.  Considering Jordan’s dearth of other more tangible resources, the path to survival carved by the late King Hussein and his son King Abdullah II was essentially the only one available.  There were stages along the way in which Jordan’s leaders felt compelled to take actions counter to this larger interest, as when King Hussein joined the war coalition against Israel in 1967, renounced its claims to the West Bank in 1988—which inadvertently compromised peace efforts—and declined to join the coalition against Iraq in the first Gulf War.  But politics entails hard choices, and oftentimes the right decision carries very nearly as heavy a price as the wrong one.  Nevertheless, King Hussein’s carefully cultivated ties to Western leaders, and the peace treaty he signed with Israel in 1994, ensured that the strategic rents would keep flowing despite these missteps.  King Abdullah II has been as assiduous in tending these vital relationships as his father was and maintains particularly intimate links with key U.S. officials and like-minded Gulf counterparts, including the Crown Prince of Abu Dhabi.

It’s useful to bear this history in mind in assessing Jordan’s vulnerability to an insurgent movement like the Islamic State (also referred to as ISIS).  ISIS has explicitly threatened Jordan.  In May, an apparently official ISIS video urged youth in Ma‘an, Jordan, to revolt against the “apostate criminal regime,” and threatened security forces with destruction. In a separate ISIS video, two fighters ripped their Jordanian passports and declared that they were prepared to “slaughter” the King with explosive belts.[1]  Jordanian newspapers have reported that ISIS has allocated $3 million to recruit Jordanian youth and pay for medical care for jihadists wounded in Iraq and opened up a recruitment office.  If true, these steps might have been partly responsible for a YouTube video of the “Ma‘an Martyrs’ Brigade” offering bay‘ah—an oath of loyalty—to ISIS, and a late-April demonstration in Ma‘an where some marchers waved the ISIS banner.

Ma‘an, a gritty desert town about 135 miles south of Amman—nicknamed “Jordan’s Fallujah” by Jordan watchers—has had a history of restive behavior going back to commodity price riots in 1989.  Unemployment is high, hovering around 25 per cent, and the poverty rate is significantly higher than the national average.  Many residents believe that Ma‘an hasn’t received its fair share of government social welfare and economic support programs, while getting more than its fair share of aggressive policing.  Although the Jordanian security services tend to let demonstrators blow off steam and avoid direct confrontation, one youth was killed in June in Ma‘an. The death has become something of a cause célèbre for a local population already feeling marginalized and oppressed.  Indiscriminate and heavy-handed law enforcement and perceptions of political exclusion and poverty, when combined with widespread rumors of rampant royal corruption, sound very much like the precursors to the Arab Spring uprisings that erupted in late 2010.  A new RAND Corporation survey of the attitudes of Jordanian youth in Amman and Zarqa regarding their prospects for marriage, housing, and employment produced especially bleak results.[2]  The study characterizes the problem as a “youth unemployment crisis.”

Given these disturbing conditions, ISIS should be able to make at least some gains in Jordan.  The question is whether they would be destabilizing, especially given the Syrian refugee burden – nearly 9 percent of Jordan’s total population –and the social and economic strains this has added to Jordan’s woes.

Before tackling the question of internal stability, though, it’s worth looking at the prospects for an ISIS invasion along the lines that shook Iraq to its core within the past couple of months.  Can ISIS march into Jordan, reach Amman and, as that young jihadist said in the YouTube segment, “slaughter” the King?  The answer is no, not really.  Despite hazy reports that ISIS fighters had seized an installation on the Iraqi-Jordanian border—followed by nearly immediate denials by the Jordanian government and deployment of army units to the border –an Iraq-type ISIS blitzkrieg wouldn’t work in Jordan.  For one thing, ISIS itself would be deterred from such a gambit.  The ISIS leadership exhibits a kind of bounded rationality:  in the larger scheme of things, its attempt to re-establish the Caliphate is almost certainly ill-fated, but in a narrower sense, the leadership has acted very rationally in the way it handles its messaging, the governance of captured territory, and the pragmatism of its tactical alliances with Ba‘athists and other non-jihadists.  A group that operates in this coolly analytical way is unlikely to throw itself into the military meat grinder it would find upon entry into Jordan.  Its leaders are also capable of assessing the likelihood of U.S. and Israeli intervention if ISIS were to take such an audacious step.  ISIS numbers are not very large, and its armed units are essentially light infantry; in other words, easy prey in that flat terrain for the armor, artillery, and aircraft that Jordan and its allies enjoy in such abundance.  The deployment of 6,000 U.S. troops last December for the “Eager Lion” exercise was intended to reinforce this point, as was President Obama’s subsequent 14 February statement that “we have very few friends, partners and allies around the world that have been as steadfast and reliable as His Majesty King Abdullah, as well as the people of Jordan.”

Domestically, ISIS faces serious obstacles as well.  The first is in the mosques and social media.  At the harder edge of Islamist opinion, Jordan’s “Salafi-Jihadist Trend” has declared ISIS to be “illegitimate.”  Even Abu Qatada, the popular jihadist preacher recently expelled from the United Kingdom after a long and labyrinthine legal process, has been quite emphatic in denunciations of ISIS.  Closer to the center, the Muslim Brotherhood in the form of the Islamic Action Front has taken a nationalist line, deriding ISIS as a “direct threat and danger to Jordan.”  Social media, particularly Facebook users, seem to be largely opposed to ISIS and supportive of Jordan’s armed forces.

To the extent that tribal dynamics are important, the Jordanian situation is far different from Iraq’s, where the U.S. organized and armed Sunni tribes opposed to the government in Baghdad in the hope that they would battle Jihadists.  Although relations between the East Bank Jordanian tribes and the Hashemite court are not as intimate as they were reputed to be under the reign of King Hussein – they are in fact relatively contentious nowadays – their relationship to the state is still about patronage and mutual dependence.  The tribes are not about to go over to the dark side.

Despite their rough handling of demonstrators in Ma‘an in early July, the security services are on a relatively tight leash, at least by regional standards. In earlier demonstrations, security personnel handed out fruit juice and water to thirsty protestors, and in general caused very few deaths or serious injuries.  If the security forces maintain this sort of discipline, they’ll minimize the possibility of an ISIS insurgency by keeping fence-sitters where they are and not inadvertently convincing them that no matter how peacefully they protest, the police will come after them.

Finally, Jordan’s friends are supplying the government with the funds to alleviate some of the underlying spurs to radicalism.  Within the past year, the US has extended $2.5 billion in multi-year loan guarantees.  The estimate for FY 2014 foreign assistance is $1.03 billion, a one-third increase over FY 2011, when the Arab Spring erupted.[3] And, according to the IMF, “for the period between April 2014 and March 2015, total grants and loans are expected to reach about $2.5 billion—including $600 million from the Gulf Cooperation Council, $340 million from the World Bank and Japan, $319 million from the EU, $177 million from the U.S. and $100 million from Saudi Arabia. The remaining gap will be covered by a Eurobond issuance of $1 billion in the third quarter of 2014…”  [4]

If ever there was a country with dedicated friends, it is the Hashemite Kingdom of Jordan.  It’s not very likely that they’ll allow Jordan to fall, least of all to ISIS.

[1] Is Jihad Coming to Jordan? You tube video, https://www.youtube.com/watch?v=25dwG-wTtIE