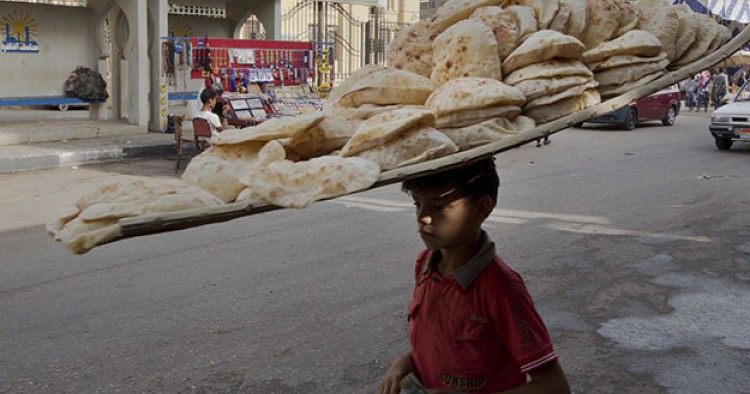 Addressing Egypt’s economic woes remains a matter of urgency for the stability of the government and the country as a whole. Egypt’s economic recovery plan, which was spearheaded by President Abdel Fattah el-Sisi in 2015, promised an improvement in living standards and social justice in the Middle East’s most populous nation. More than two years since the president assumed power, living standards have yet to see much improvement.

Acknowledging the need to act decisively to address its ailing economy, the Egyptian government has sought assistance from the International Monetary Fund, in the amount of $12 billion over three years. The government decision to go for the loan stems from the country’s desperate need to boost its current foreign currency reserves and for the central bank to receive cash deposits to help the country manage the state budget and external debt.

Egypt’s real G.D.P. is forecast to expand by 3.3 percent in 2016, despite 4.2 percent growth in 2015, according to the I.M.F.’s 2016 World Economic Outlook. The country’s current account deficit is also expected to widen by 5.3 percent, from 3.7 percent in 2015. The widening of the current account deficit was exacerbated by a 14 percent devaluation of the Egyptian Pound earlier this year.  Cairo is also battling a shortage in foreign currency as its foreign exchange crisis stretches into its third year.

Many within the country argue that the conditions of the I.M.F. loan, which include the introduction of an increased sales tax, the eradication of state fuel subsidies and wider economic reforms against a backdrop of a planned currency flotation, will come at a high social cost. The authorities need to be wary of the impact such measures will have on living standards, potentially exacerbating a problem they’re trying to amend.

Egypt faces two major barriers preventing higher economic growth from being realized: an embattled tourism sector and below-target levels of foreign direct investments (F.D.I.). Tourism revenues were only $5.9 billion in 2015, compared to $7.3 billion in 2014. Figures for 2016 are expected to be lower than 2015 and far from the figures seen before the 2011 uprising when Egypt raked in $12.5 billion in 2010. Tourism will remain a problem for as long as countries such as France, the United Kingdom, and Russia continue to ban flights to Sinai—on the bright side, a resumption of these flights is currently being discussed with all three nations despite Russia being closest to strike a deal with the Egyptians. Additionally, wider regional instability will dampen the number of foreign tourists visiting the country. To address this shortfall from outside the region, the tourism ministry has said its short-term focus will be on boosting tourists from the region, with Saudis likely to continue to be the leading visitors to Egypt.

The flow of F.D.I. on the other hand poses a larger long-term issue. Foreign investment is attracted to large margins and proven track records, both of which Egypt boasts. But more importantly, foreign investors look for an uncomplicated business environment—something Egypt is not offering at the moment. The government has promised to modernize legislation and streamline the business environment, but Egypt ranks 131 out of 181 economies in terms of ease of doing business—down five places from its 126 ranking in 2015.

Another major reform, which requires an ideological change in Cairo, is the privatization of large state-owned companies. Egypt has held a centrist approach toward its economy and, although there have been recent announcements regarding the listing of some public companies, it remains unclear how willing the government and the army is to relinquish control of largely inefficient companies that dominate a significant portion of the economy.

The government has been loud about its plans to cut subsidies, introduce VAT and float the currency, but ambiguous on key issues such as red tape bureaucracy and privatization.

Egypt’s military and quasi-government business partners continue to maintain a strong grip over large parts of the economy, which is a policy that has proven costly for the wider economy. Their desire to hold on to large state-owned companies is rooted in Egypt’s centrist economic history, harking back to Mubarak-era economics, which perpetuated this policy. Thus, the military-dominated government might see a preference in undertaking certain I.M.F.-conditioned reforms that do not result in a diminished military stake in the economy, such as slashing subsidies and introducing VAT. However, pursuing such reforms without enabling the emergence of a vibrant private sector may backfire, as it would impact the middle and lower classes without the necessary job creation growth that would be spurred from a boost in F.D.I. and private sector activity. Egypt could, therefore, be left in a position where it will apply socially sensitive reforms without counterbalancing that with major economic benefits.