Informal Networks and Political Transitions in the MENA and Southeast Asia 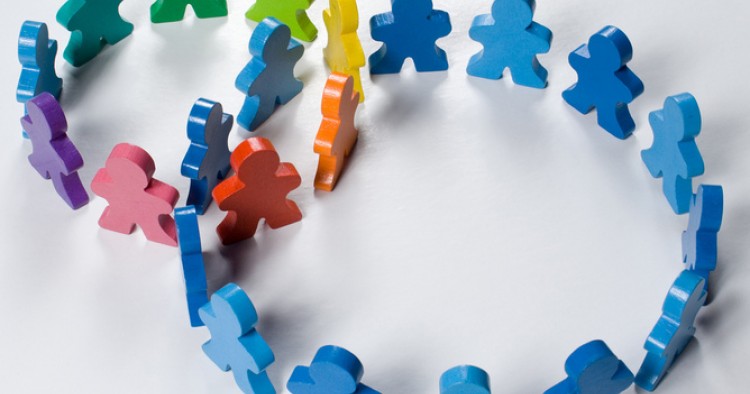 This collection of essays, inspired by Sean Yom's piece "Arab Civil Society: Weaker but Deeper," seeks to "peer into hidden spaces of resistance not captured by the formal sector" and is thus intended to complement the MAP series on Civil Society and Political Transitions. The basic premise is that informal groupings acting in the public sphere can be the functional equivalent of formal ones.

Accordingly, this collection examines the genesis, evolution, mobilization tools and processes, impacts and limitations of loose groupings of like-minded individuals -- those that are unofficial, unregistered, or unregulated.

The essays included herein address various questions regarding "informality" in transitional settings in the MENA region and Southeast Asia, including:

► How do grass-roots networks that facilitate social and political mobilization, but are not captured by formal organizational benchmarks, differ across national contexts?
► Are there still voices from the periphery that are not articulated by new forms of political activism?
► What new tools of participation and activism are being innovated along these frontiers of mobilization? and
► Is there still a role for traditional civil society organizations, such as NGOs and charitable associations?

Sept 06, 2016
Varieties and Dilemmas of Activism in Informal Spaces of Resistance: The Case of Burma under Military Rule
Jasmin Lorch
Activism in informal spaces of resistance in Burma took a large variety of forms, which often differed from horizontal, inclusive and democratic modes of mobilization. This essay sketches three of the most relevant examples of such informal activism and shares some of the lessons these examples might hold for the MENA region and beyond.

Sept 08, 2016
Informal Activism and New Subjectivity in Authoritarian Settings: Iran’s “New Activists”
Paola Rivetti
In times of repression, informal networks are useful to keep activism alive as they offer a way to activists for organizing. This short piece examines the background of informal activism in Iran and its possible implications.

Sept 15, 2016
Which Civil Society in Post-revolutionary Tunisia? Evolution of the Islamic Charitable Sector and Its Model of Social Mobilization
Ester Sigillò
This essay discusses the evolution of Islamic charities in Tunisia since 2011 as new actors of associational life. In particular, it considers the extent to which they represent an alternative model of social mobilization.

Sept 20, 2016
Minority Shi‘a Groups as a Part of Civil Society in Indonesia
Ken Miichi
Offenses committed against religious minorities has been one of the most serious human rights issues in Indonesia since its democratization in 1998. Shi‘a are the second-most frequently attacked groups, next to Ahmadiyah. The violent attacks on Shi‘a communities in Sampang, Madura in 2011-12 were the most destructive incidents. This essay discusses how Shi‘a groups, as a part of civil society organizations (CSOs), have responded to the Sampang incidents and articulated their political will in the Indonesian political configuration.

Sep 22, 2016
The Revolution in Tunisia Continues
Laryssa Chomiak
This essay addresses Tunisia’s contentious social movements and argues that these highly political campaigns are an extension of the long-standing grievances that the spirit and goals of the Revolution epitomized to many. Now, as before and during the Revolution, such protests signify an important rupture with Tunisia’s technocratic politics-as-usual and underscore the fact that prescriptive economic solutions and promises made by current and past governments are not suitable measures to address this primary and fundamental form of political discontent. In highlighting the political dimension of informal engagement and contention, this essay stresses that Tunisia’s contentious political movements are necessary for the country’s democratic consolidation.

Sep 27, 2016
Beirut Madinati: Another Future Is Possible
Deen Sharp
Few expected the 2016 municipal elections in Lebanon to create any momentum that would reinvigorate civil society in order to attempt to overcome Beirut’s challenges. Traditionally, the municipal elections in post-war Lebanon are a stage-managed affair in which the electoral pie is split between a coalition of traditional Beiruti families and national parties along with a confessional parity between Christians and Muslims. However, the rise of the municipal campaign Beirut Madinati (Beirut, My City) breathed much needed fresh air, and with it hope and enthusiasm, into a social structure that is stratified and filled with anxiety and fear.

Oct 19, 2016
“Together for Tunisia”: Tribal Structures and Social and Political Mobilization
Rikke Hostrup Haugbølle
This essay demonstrates that national unity was constructed and utilized as a tool by the Tunisian state for the purpose of consolidating power, and that traditional kin-based and family ties have existed parallel to the formal structures of both the state and civil society as frames for social and political activity.The essay shows that these historical frames for organization were revitalized and renewed after the popular uprising in 2011.

Nov 22, 2016
Understanding Libya’s Civil Society
Carmen Geha
This essay, which draws upon extensive field research in Libya over the period 2011-2013, seeks to shed light on an under-theorized area of research, namely the forces that challenge an emerging civil society during a political transition. In doing so, the essay makes two contributions to knowledge, first by arguing the value and inevitable role of civil society in a divided or conflict-ridden society, and second by helping readers better understand and unpack the case of Libya’s disrupted and dispersed civil society.

Jun 20, 2017
Informal Networks, Formal Politics and The Politicization of Islam in Indonesia
Michael Buehler
When Basuki Tjahaja Purnama, the Christian governor of Indonesia’s capital Jakarta, was sentenced to two years in prison for “blasphemy” in May 2017 it created world headlines. The verdict was seen as emblematic of a broader “Islamization” of Indonesian politics and society that has allegedly been underway since the collapse of the New Order military dictatorship in 1998. However, as this essay shows, Indonesia is experiencing a politicization of Islam rather than an Islamization of politics.

Aug 22, 2017
Online and Traditional Forms of Protest Mobilization: Morocco’s Rif Protests and Beyond
Jasmin Lorch and Jonas Burkhard
When investigating the relative role that social media and other factors can play in the mobilization of popular demonstrations, the recent Rif protests, which some have perceived as having the potential to spark a “second Arab Spring” in Morocco, are interesting to look at. These protests suggest that large-scale popular demonstrations might often result from a combination of both online mobilization and much more traditional mobilization strategies employed by charismatic movement leaders. In this sense, the Rif protests also contradict assumptions about the presumed role of “diffuse leadership,” which emerged in the context of the Arab Spring.